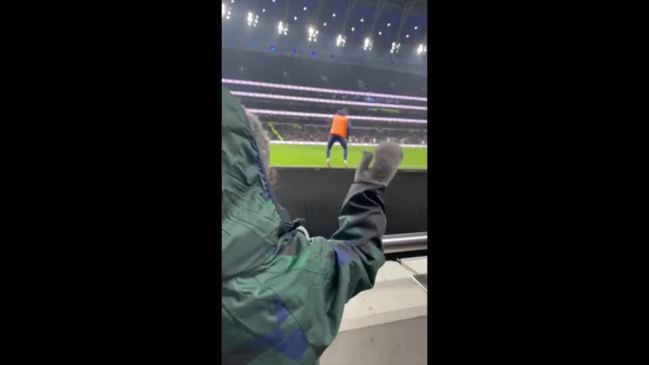 A young Tottenham supporter was overjoyed after star forward Son Heung-min waved back to her during the team’s game on December 22. In footage filmed by her mother Demiee Thorpe, four-year-old Delilah can be seen waving as Son warms up along the touchline. To her delight, he waves back. “Delilah has been a Tottenham fan all of her little life. We go up to the stadium to watch matches with her grandad and auntie who are also huge Tottenham fans,” Thorpe told Storyful. “She has always loved watching every single game on TV and has also become a huge lover of the Tottenham women’s team, so our weekends are filled with watching both teams play,” she added. Tottenham moved into the semi-finals of the Carabao Cup with a 2-1 win on the night. Credit: Demiee Thorpe via Storyful