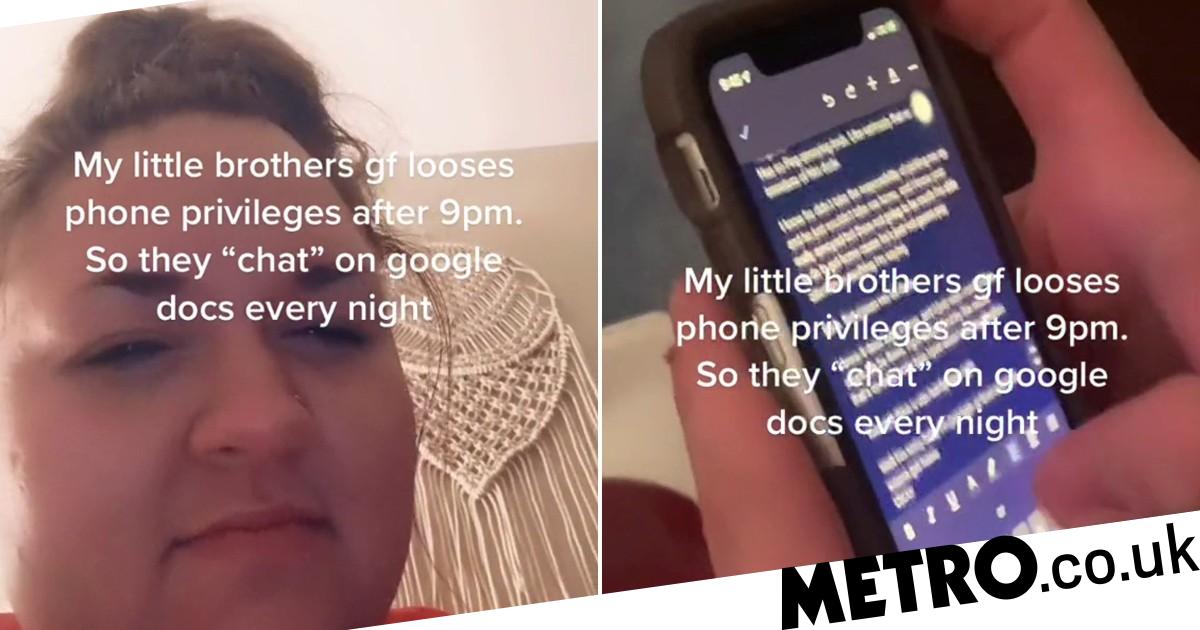 Ah, young love. Sure, it’s heady and intoxicating, but there’s the added complication of not quite being fully in charge of your own life.

Working around parental authority can be tricky and frustrating, even if you know they’ve got your best interests at heart.

But necessity truly is the mother of invention, as one young couple has demonstrated by using a very simple Google Docs hack.

TikTok user kyjarvis96 has shared a short clip detailing how her brother is able to chat with his girlfriend every night even after she’s no longer got access to her phone.

‘My little brother’s girlfriend loses her phone privileges every night at 9pm,’ she wrote over the video.

‘So they “chat” on Google Docs every night.’

It turns out they’re not the only loved up pair to put Google Docs to similar use, as people in the comments section have attested.

One wrote: ‘I did this as a kid. File named English Lit Final Essay.’

‘Omg I did this because of my strict parents too,’ wrote another.

Others have praised the couple’s dedication, with one saying: ‘Dude that’s the cutest s**t I’ve ever seen’.


MORE : Woman finds out date is married and posing as his co-worker: ‘Trust your gut’


MORE : Get ready for ‘Dating Sunday’ – the most popular time to use a dating app

Rush Hour Crush – love (well, lust) is all around us

Tell us about your Rush Hour Crush by submitting them here, and you could see your message published on the site.