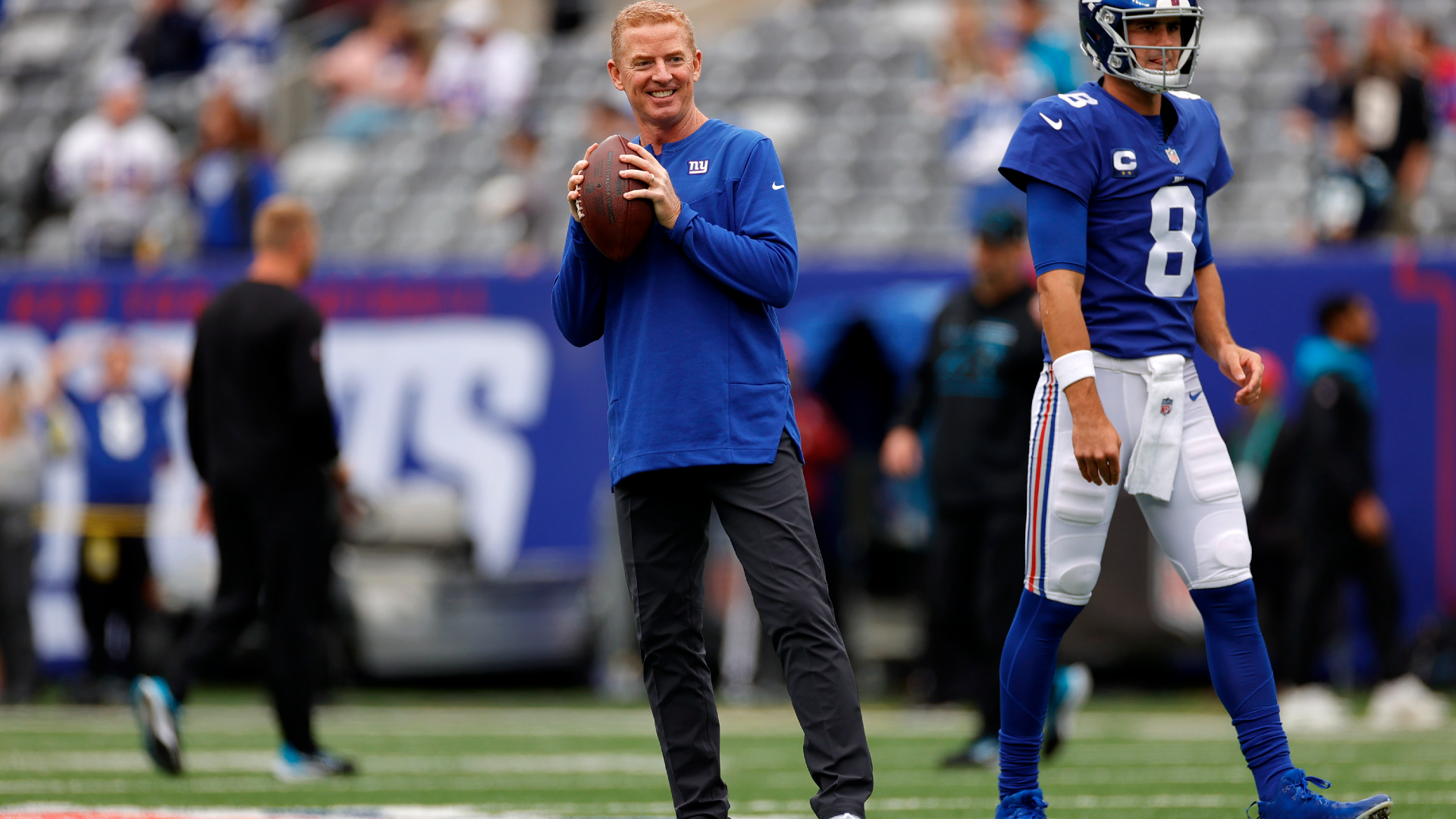 There’s been a lot of blame to go around for the Giants’ woes this season, and on Tuesday the team finally picked a scapegoat as it fired offensive coordinator Jason Garrett after 26 games on the job.

The team tweeted out the official announcement Tuesday afternoon.

Jason Garrett has been relieved of his duties as offensive coordinator.

MORE: How to watch the NFL’s slate of Thanksgiving games

Garrett came to New York before the start of last season as the offensive coordinator but has been intimately familiar with the NFC East for much of the last decade-plus. Immediately before arriving in East Rutherford, Garrett spent 10 years as the head coach of the Cowboys from 2011 to 2019 and went 85-67 with three NFC East division titles but never advanced past the divisional round.

A Princeton graduate, Garrett served as offensive coordinator in Dallas from 2007 to 2010 before being named head coach.

So far this season, the Giants are 3-7 and rank 25th in points and 23rd in total yards as an offensive unit.

Here’s everything you need to know about why the Giants fired Garrett.

Why the Giants fired Jason Garrett

Despite coordinating good offenses in the past, Garrett’s time in New York has been less than stellar and came to a head after the team’s 30-10 loss to Tampa Bay on Monday night.

The Giants scored just 10 points in the primetime matchup and totaled just 215 yards, their third time in five games not reaching 300 total yards of offense. New York was also just 1-for-9 on third down attempts in the game against the Buccaneers and turned the ball over three times.

Garrett was hired by coach Joe Judge to be the Giants’ new offensive coordinator on Jan. 20, 2020, but the Giants have struggled on offense since the beginning of Garrett’s tenure.

Garrett hasn’t always overseen bad offenses. In fact, for much of his tenure in Dallas, either as offensive coordinator or head coach, the Cowboys had top-5 or top-10 offenses in terms of both points and total yards and always ranked near the top in passing offense as well.

His time in New York was a far different story, though. Last year, his first on Joe Judge’s staff, Garrett coordinated one of the statistically worst offenses in the NFL. The Giants ranked 31st in both points and total yards, while their 36.4 percent conversion rate on third down ranked 29th in the league and their red zone conversion rate of 46.3 percent ranked 31st as well.

Through 10 games this year, some aspects of the offense improved, though only marginally. So far, the Giants rank 25th in points and 23rd in total yards. The team also improved upon its third down conversion percentage, up to 37.3 percent and 24th in the league. However, the Giants’ biggest offensive woes continue to be in the red zone, where Garrett’s unit ranks dead last in the league, scoring a touchdown on just 44.4 percent of red zone attempts.

Who will replace Jason Garrett

Kitchens went 6-10 in his one season as head coach with the Browns in 2019. The season prior, he was the team’s offensive coordinator and the Browns ranked 13th in yards and 20th in points.

Most notably, Kitchens was one of the most decorated and successful quarterbacks in Alabama program history and cut his teeth as an offensive assistant coaching tight ends, quarterbacks and running backs at various points from 2007 to 2017 with the Cardinals.