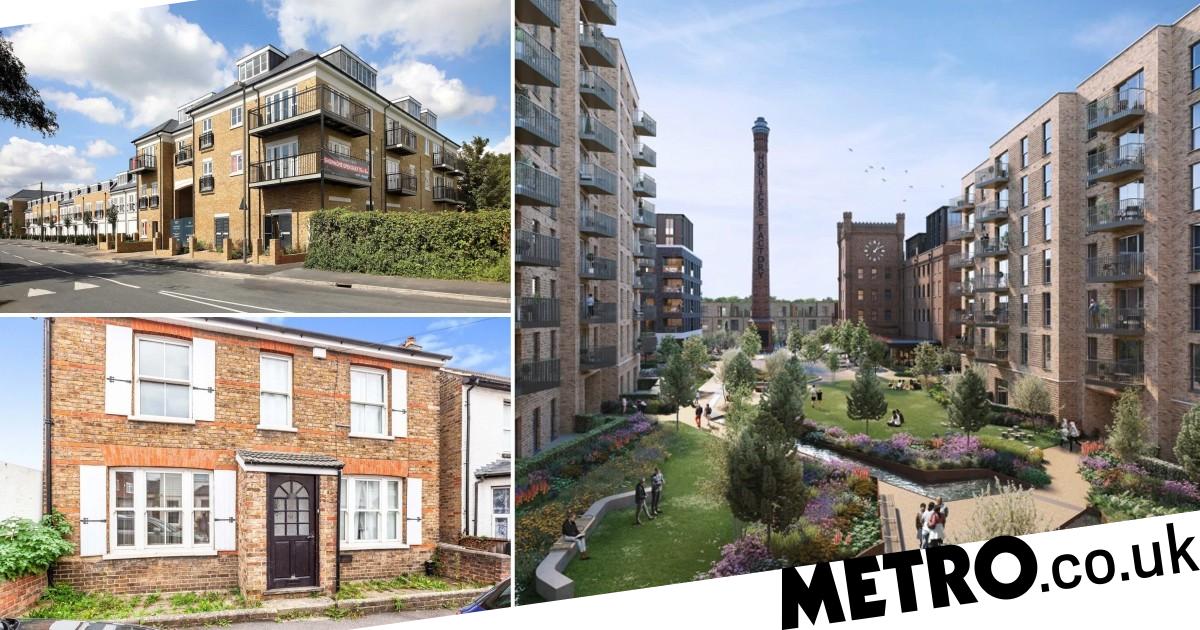 It has been a difficult few months for Slough, as at the beginning of July the local council declared itself bankrupt.

There’s now light at the end of the tunnel as the Government has stepped in with a support package, though services such as social care have been hit due to slashed budgets.

But in many respects it’s business as usual for the town. Extensive regeneration is under way, and its schools, transport links and affordability continue to be an attractive proposition for buyers.

‘Slough is uniquely well located for travel, nestling between the M4 and M40 and in easy reach of the M25 and Heathrow airport,’ explains James Swindlehurst, leader of Slough Borough Council.

‘With the completion of the Elizabeth line’s through service next summer, it is brilliantly connected for work opportunities, and combines the diversity of edge-of-London urban living with all the benefits of provincial life. Slough is definitely on the up.’

Slough’s surrounded by six of Berkshire’s most expensive commuter towns, though according to Savills, house prices are 46% cheaper than in neighbouring Windsor and Maidenhead.

First-time buyer portal Share To Buy reports that Slough is one of the UK’s top 10 property hotspots, with a 73% increase in house prices in the past decade.

There are Victorian terraces, post-war and modern housing, and the biggest homes are on the outskirts, towards Burnham and Langley. A small flat starts at about £150,000, while three-bedroom terrace houses are priced from £350,000.

At Horlicks Quarter, the iconic Horlicks factory, complete with soaring chimney and clock tower, is being transformed by Berkeley Homes into a collection of new and refurbished one, two and three-bed apartments and three-bed townhouses surrounded by landscaped grounds.

One and two-bed apartments in the first two buildings, Darjeeling House and Artesian House, start at £290,000 and £369,950 respectively and all come with a balcony or terrace. Selected plots are offered with Help To Buy.

Novus Apartments is being delivered by Slough Urban Renewal — the strategic joint venture between Slough Borough Council and Muse Developments.

The 64 studio, one and two-bed apartments form part of the former library site in the town centre. They start from £210,000 and Help To Buy is available.

One and two-bed apartments and three-bed townhouses are available at Burnham Court in Burnham, and a new show home opened at the weekend, from £260,000 with Help To Buy.

No two layouts are the same at Park House, five minutes from the high street, where studio, one, two and three-bed apartments start from £179,950, via Gibbs Gillespie.

And at Hurricane Court in Langley — named after the Hawker Hurricane fighter aircraft manufactured there in the 1940s — studio, one and two-bed homes start at £195,000. Also available via Connells.

Everything a potential buyer needs to know about Slough

Schools: ★★★★☆ Above average GCSE and A-level results; all state schools ranked as outstanding or good by Ofsted; three grammars

Who lives there? First-time buyers and young families; 30% of households are aged under 40

What can I afford on the property ladder?

This ground-floor flat is in a central location with allocated parking, and comprises a living room, separate kitchen, double bedroom and bathroom

Check it out via Yopa

Close to the town centre and station, this double-fronted detached house has three bedrooms, three reception rooms, a large garden and no chain.

Check it out via Connells

This recently renovated four-bedroom 1930s house, sitting in a secluded half-acre plot, is surrounded by forest and parkland and includes many Art Deco features,

Check it out via Savills


MORE : What I Rent: Emma and Adam, £800 a month for a three-bedroom house in Measham

How to get your Metro newspaper fix

Metro newspaper is still available for you to pick up every weekday morning or you can download our app for all your favourite news, features, puzzles… and the exclusive evening edition!