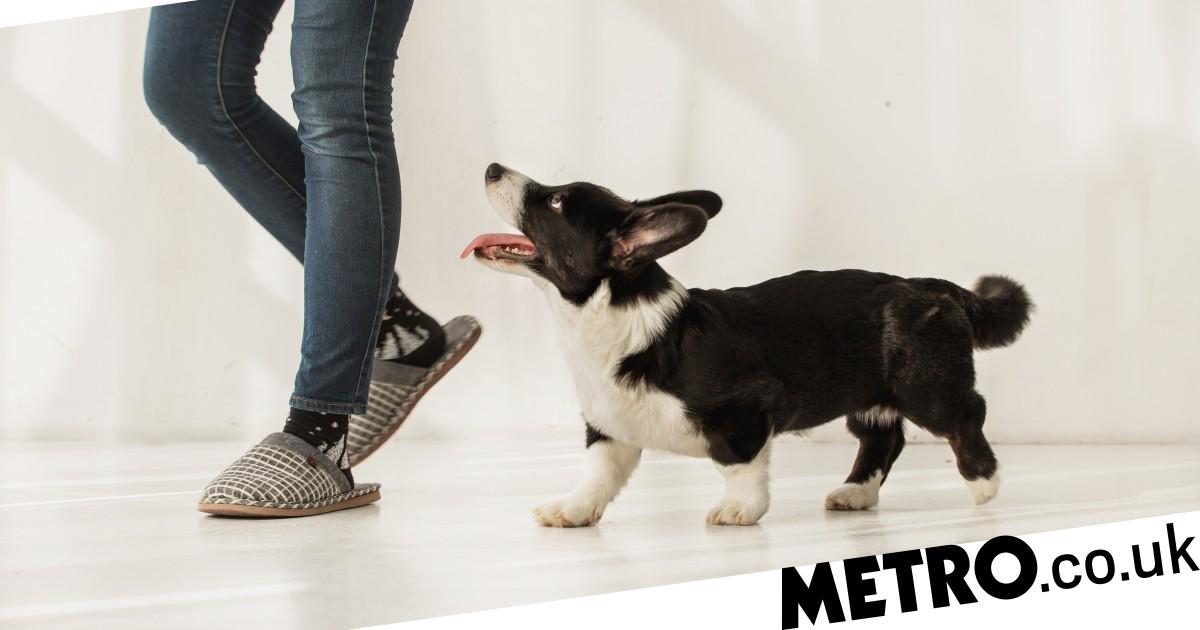 Dogs are man’s best friend, always by your side … literally.

Ever find that your furry friend follows you around everywhere?

It can feel like they’ve taken a page straight out of Joe Goldberg’s book.

And don’t get us wrong, we love the attention – but when you have to physically shove your pup out of the bathroom before you go to the loo, it can get a little much.

So why do our canine companions always follow us around? Metro.co.uk talks to the experts.

Caroline Spencer, a natural canine behaviourist, told Metro.co.uk that there are three main reasons why your dog might be following you around – the last of which can be concerning.

Speaking on behalf of Bella & Duke, Caroline explained: ‘Firstly, owners, often unknowingly, invite their dogs to follow them – have you ever looked at your dog, caught their eye then turned and walked away? This is “recall” to a dog, and they think you are asking them to follow you.

‘Another reason dogs may follow their owners is because they are hopeful of getting food and/or attention from their owners.’

However, Caroline added that there is a third, more worrisome reason: separation anxiety.

Caroline explained: ‘Separation anxiety is something we can see in dogs, and this can be the reason a dog may follow its owner around as it does not want to be left alone or separated from their owner.’

The ongoing coronavirus pandemic has only worsened the problem of separation anxiety, as our canine companions have gotten used to us being home with them all day every day.

Louise Glazebrook, who runs the Darling Dog Company, previously told Metro.co.uk that the way to treat separation anxiety varies from dog to dog and recommends you take your pup for a consultation.

However, she did share some helpful general tips to get you started.

Louise recommends giving your pet a couple of independent tasks each day so they can get used to doing things on their own, such as a chew toy or a snuffle mat

You can also buy a baby gate to use while you’re in the house so your dog can get used to physically being away from you.

This is a lot less stressful for dogs than keeping them out of a room behind a door, as they can still see, hear, and smell you.


MORE : Quiz: Can you guess the dog breed?