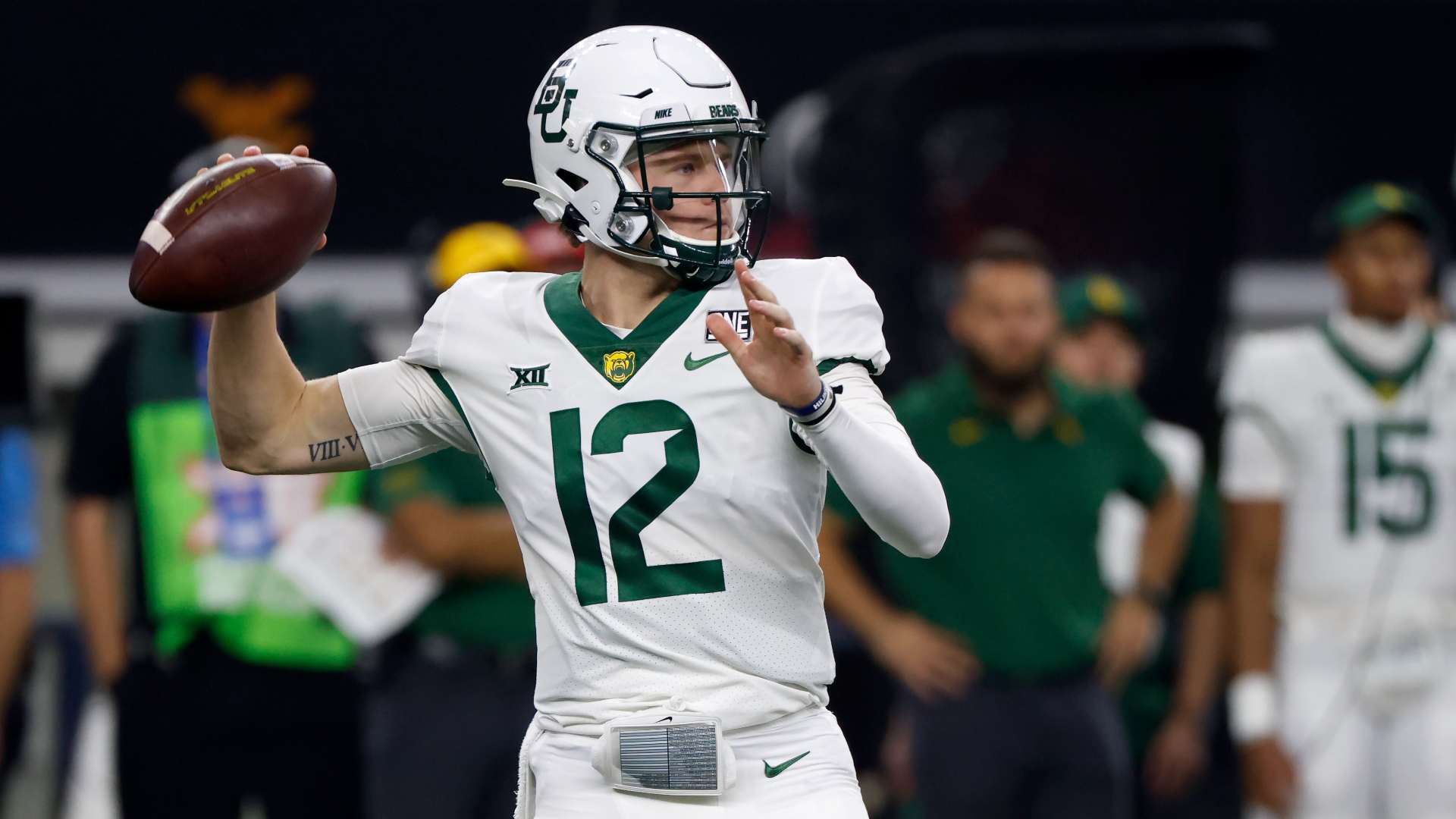 The freshman quarterback completed 17 of 21 passes for 151 yards with three touchdowns in the first half, then went on to finish the matchup with 23 completed passes for 180 yards. After the Bears had a 21-6 lead over the Cowboys after 30 minutes, Baylor held on to earn a 21-16 victory. Shapen was awarded the MVP trophy for his performance in the conference title game.

MORE: When is Bryce Young eligible for the NFL Draft?

During the first half, Shapen completed touchdown passes to Tyquan Thornton, Ben Sims and Drew Estrada. He connected with Sims from two yards out to give Baylor a 7-3 lead after Oklahoma State quarterback Spencer Sanders threw his first interception. His second TD when to Estrada from four yards away.

He found Thornton in the last six minutes of the second quarter and gave Baylor a 21-6 lead at the half with a 13-yard touchdown.

However, Shapen may have suffered an injury to his shoulder in the second half. Following a 28-yard rush that gave Baylor a first down at the Oklahoma State 47 in the third quarter, Shapen went into the medical tent to look at his right shoulder. He missed one play, then helped Baylor hold on for the win.

Shapen took over for Baylor’s starting quarterback Gerry Bohanon, who has been sidelined with a hamstring injury since the Bears earned a 20-10 win against Kansas State on Nov. 20. Oklahoma State’s defense, which allowed 252 passing yards during their rivalry matchup against Oklahoma on Nov. 27, failed to stop Shapen’s momentum in the first half.

The redshirt freshman, who was a four-star recruit out of Evangel Christian Academy in Shreveport, La., started his first game for Baylor on Nov. 27, and led the Bears to a 27-24 victory against Texas Tech.

During his first start against the Red Raiders, Shapen completed 20 of 34 passes for 254 yards with two touchdowns. Less than two minutes into the matchup, Shapen threw a pass to running back Trestan Ebner, who ran in for the 61-yard score and gave the Bears an early 7-0 lead.

MORE: Who is Hassan Haskins? Meet the Michigan RB who ran all over Ohio State