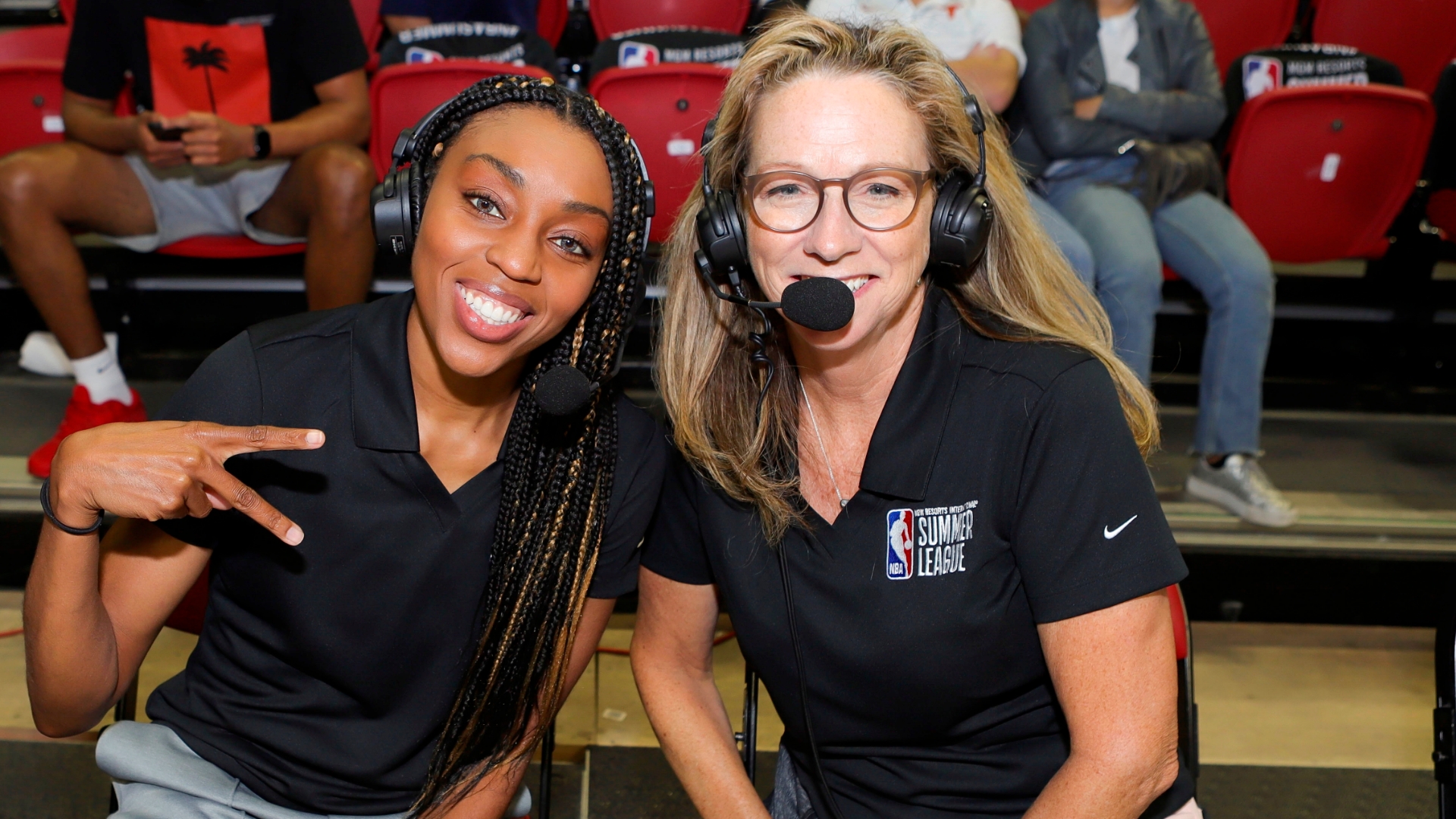 On Friday, Beth Mowins made history.

Assigned to call the 76ers-Hawks game at the State Farm Arena, the veteran play-by-play announcer became the first woman ever to call an NBA regular-season game on ESPN.

She called the game alongside ESPN analyst and former NBA head coach Jeff Van Gundy, and Cassidy Hubbarth, who had sideline reporting duties.

The Hawks honored Mowins pregame for her achievement with a custom team jersey.

Who is Beth Mowins?

Mowins is a play-by-play announcer and sports journalist for ESPN, CBS and Marquee Sports Network.

In 1989, Mowins graduated from Lafayette College in Easton, Pennsylvania with a BA and followed it up with an MA degree from Syracuse University.

Mowins began her career in 1991 for WXHC-FM Radio in Homer, New York as its news and sports director. She joined ESPN in 1994 to cover various college sports, including basketball, football, soccer and volleyball while being the lead for the network’s softball coverage.

In 2011, she was paired alongside Cat Whitehill on ESPN’s tertiary broadcast team for the FIFA Women’s World Cup. This was the first of many path-breaking telecasts she was going to be a part of.

A few years later in 2015, Mowins became the play-by-play voice for the Oakland (later Las Vegas) Raiders during their preseason games. In 2017, she became the first woman play-by-play announcer to call a nationally-televised regular-season NFL game on ESPN when she was chosen for ESPN’s Monday Night Football opening week broadcast between the Los Angeles Chargers and Denver Broncos.

Earlier this year, she filled in as the play-by-play announcer for Chicago Cubs games on Marquee Sports, becoming the first woman to call one of the team’s regular-season games.