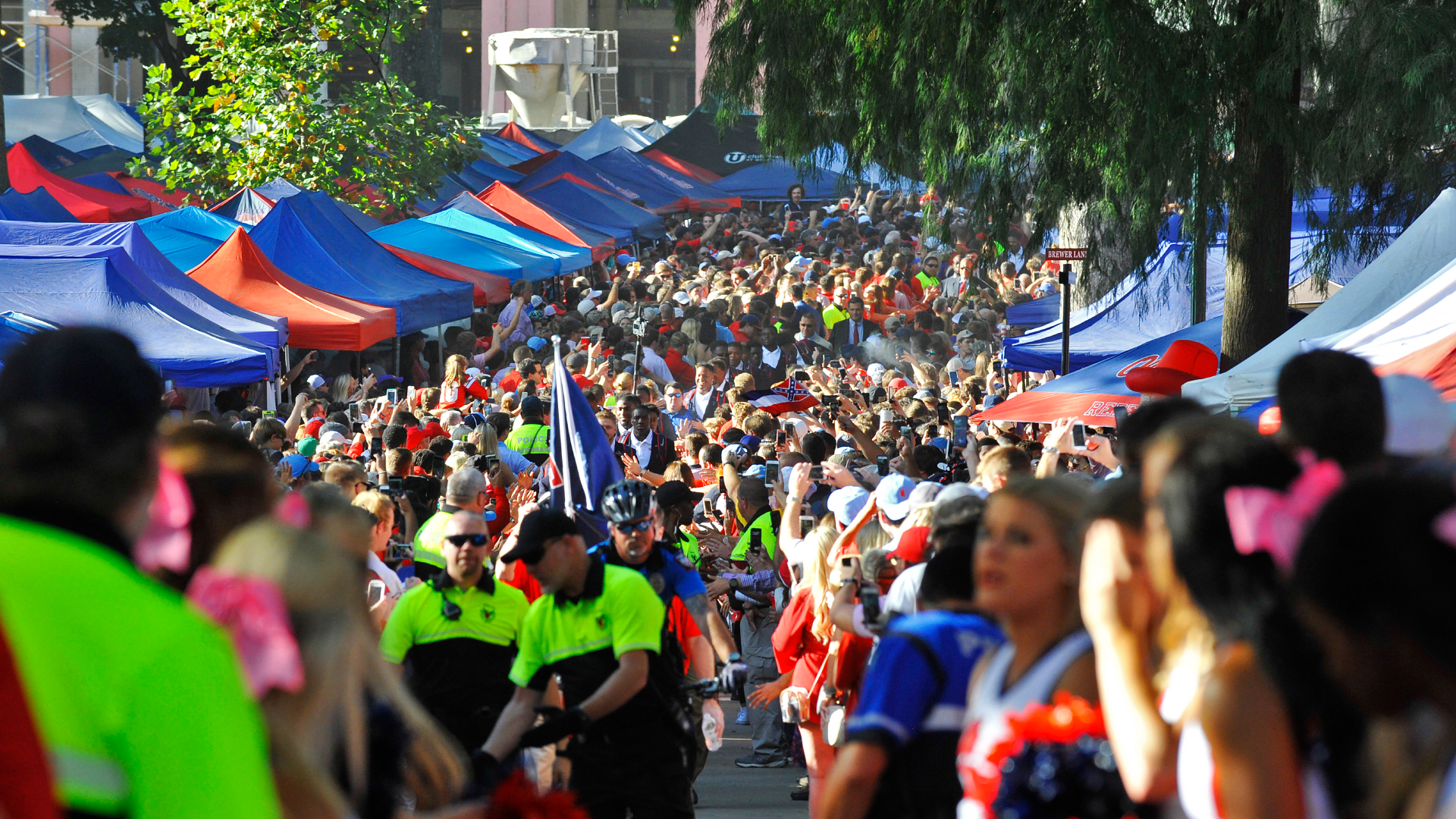 Break out the Hotty Toddies, Ole Miss fans: “College GameDay” is heading to Oxford, Miss. to preview the Week 11 meeting between No. 15 Ole Miss and No. 11 Texas A&M.

Rece Davis, Kirk Herbstreit, Lee Corso, Desmond Howard, David Pollack and Co. will head to Ole Miss’ famed Grove to preview what should be a wild — and pivotal — SEC West battle between the Rebels and Aggies. Lane Kiffin’s team is most likely already out of the divisional race, going 7-2 on the season and suffering losses to Auburn and Alabama. The Aggies (7-2), however, can make the SEC championship game by winning out and hoping for a Crimson Tide loss.

MORE: College football picks, predictions against the spread for every Week 11 top 25 game

Texas A&M has played some of its best football of late, upending then-No. 1 Alabama 41-38 before beating Missouri, South Carolina and then-No. 12 Auburn by a combined score of 99-31. If Jimbo Fisher can beat the Rebels on Saturday, then a season-ending game at LSU is the last hurdle between the Aggies and Atlanta (that they can control, anyway).

The Rebels, meanwhile, would love to build on what has been a promising second season under Kiffin. The Rebels are 1-2 against ranked opponents this season, losing to Alabama and Auburn. But they also eked out a 52-51 win over then-No. 13 Arkansas, a team that steamrolled the Aggies earlier this season. It’s up to Matt Corral to get the Rebels back to .500 against top-25 opponents this season.

It all promises to be an exciting battle in Oxford. With that, here’s what you need to know as “College GameDay” makes its way to Vaught-Hemingway Stadium:

Where is ‘College GameDay’ location for Week 11?

“GameDay” on Saturday will make only its second trip to Oxford, Miss. Rebels fans remember the first time well: Katy Perry was the guest picker as No. 11 Ole Miss beat undefeated, third-ranked Alabama 23-17 in Vaught-Hemingway Stadium in 2014. This will be Ole Miss’ fourth time on the show; it has gone 2-1 in its previous three appearances. Each of those was between top-25 teams, with the Rebels owning a 2-0 record against Alabama and 0-1 record vs. LSU.

Texas A&M is making its ninth all-time appearance on the show, and sixth as a member of the SEC. The Aggies are 1-7 in their previous appearances, though it’s worth noting they are 1-0 when ranked higher than their “GameDay” opponent (beating No. 9 Tennessee 45-38 in a 2016 double overtime thriller).

Davis, Herbstreit, Howard and Pollack will preview Week 9 action live from Vaught-Hemingway Stadium starting at 9 a.m. ET. The game will be broadcast on ESPN, with kickoff set for 7 p.m. ET.

“GameDay” seems to have only one real option for its Week 12 trip: No. 7 Michigan State at No. 4 Ohio State. The matchup of Big Ten East teams will have a huge impact not only on the divisional race, but also the College Football Playoff rankings. That said, other ranked games that involved playoff-hopeful teams include No. 25 Arkansas at No. 2 Alabama and No. 3 Oregon at No. 24 Utah.

Who is the guest picker on ‘College GameDay’ for Week 11?

“GameDay” has yet to announce its celebrity guest picker for Week 11.