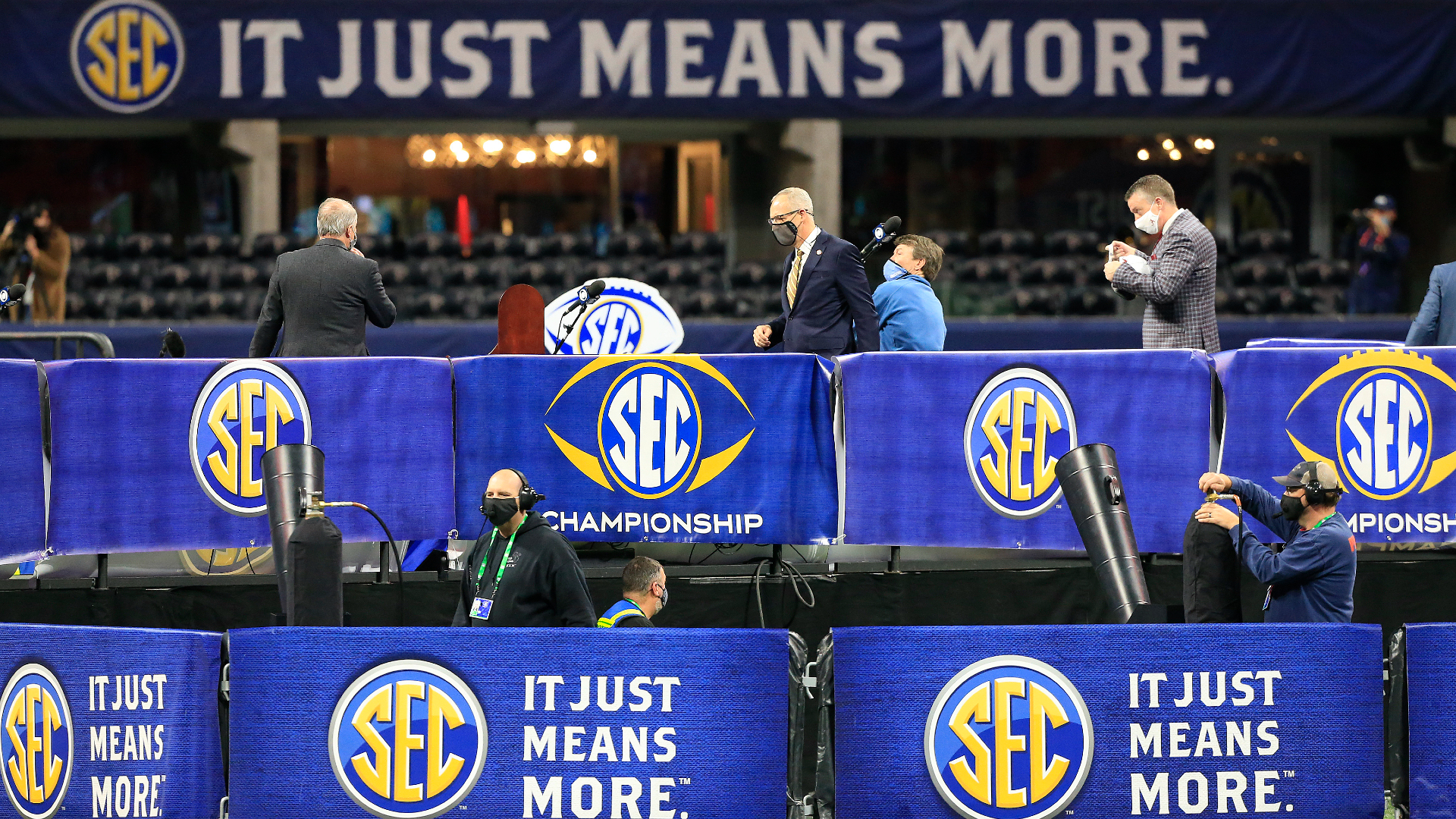 Rece Davis, Kirk Herbstreit, Desmond Howard, David Pollack, Lee Corso and Co. are heading to Mercedes-Benz Stadium to preview the SEC championship game between No. 1 Georgia and No. 3 Alabama — the fourth time the Bulldogs have been featured on the show this season, and the first for the Crimson Tide.

No game is bigger on conference championship weekend, as both Georgia and Alabama have been considered the consensus top two teams in the country this year. The Bulldogs enter this game as the only undefeated Power 5 team in the country, while the Crimson Tide overcame a midseason loss to Texas A&M — and a few close calls since — to enter this game 11-1. The winner will not only claim the SEC championship, but likely the No. 1 overall seed in the playoff.

That said, the stakes are not the same for these teams heading into Atlanta. The Bulldogs are the only team that can lose during conference championship weekend and still make the playoff. In that sense, Kirby Smart and Co. are merely vying for seeding. Alabama, however, is in win-or-else mode. A loss will eliminate the Crimson Tide from the playoff for just the second time in CFP era (and second time in three years).

Do the Crimson Tide have a chance against the Bulldogs? They’ll need magnificent games from Heisman Trophy front runner Bryce Young and Bronko Nagurski finalist Will Anderson Jr. if they want to keep the game close. Alabama will need more from just them, but that’s a good spot to start for Nick Saban and Co.

On the other side, can Kirby Smart finally break through against his former coach with one of the most talented defenses in recent college football memory? Only time will tell.

With that, Sporting News breaks down everything you need to know about as “College GameDay” previews Georgia-Alabama:

Where is ‘College GameDay’ location for Week 14?

The Bulldogs are 0-5 in such appearances, losing by an average score of 18.8 points per game. That also includes an 0-2 record vs. Alabama, though the margin of defeat in those games is significantly smaller: just 5.5 points per game (not including the 2018 College Football Playoff championship game, which was also held in Mercedes-Benz Stadium).

Alabama is 3-1 in its four SEC championship games previewed by “GameDay.” The only loss was its first appearance in 2008, when Tim Tebow led No. 2 Florida to a win over top-ranked Alabama. The Crimson Tide have gone on to win their next three such games, including a rematch vs. the Gators and the two wins over Georgia.

Davis, Herbstreit, Howard and Pollack will preview conference championship weekend live from Mercedes-Benz Stadium starting at 9 a.m. ET. The SEC championship game will be broadcast on CBS, with kickoff set for 4 p.m. ET.

Who is the guest picker on ‘College GameDay’ for conference championship weekend?

“GameDay” has yet to announce its celebrity guest picker for conference championship weekend.