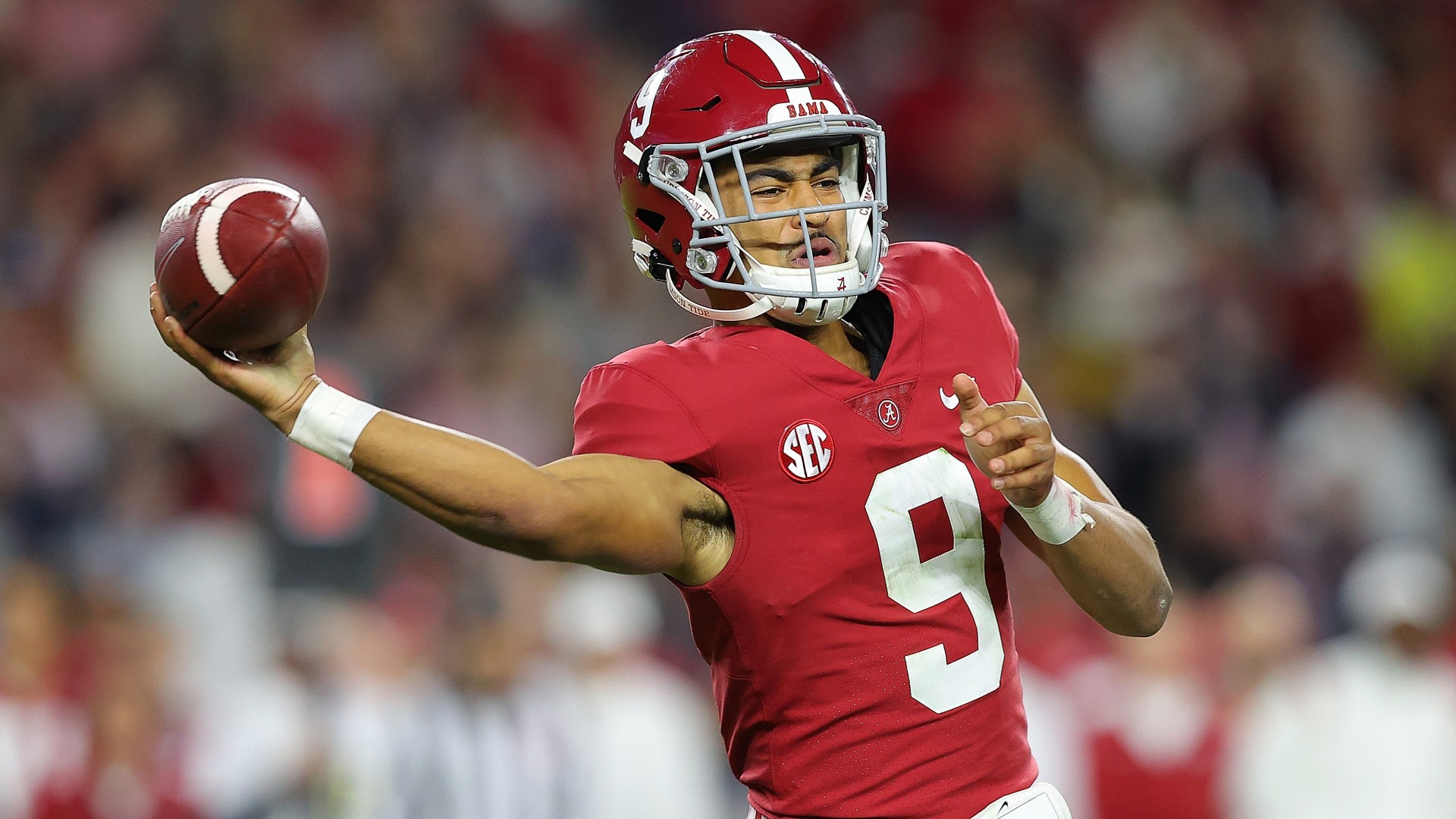 Coming out of high school, there was plenty of hype surrounding Bryce Young.

The Mater Dei High School product was listed as the No. 2 recruit in the nation by 247Sports’ Composite Rankings, and the top quarterback in the 2020 class. In his first season starting for Alabama, he has lived up to the hype.

Young has passed for the sixth-most passing yards of any FBS quarterback in the country at 3,901 and is tied for second with 40 passing touchdowns to go along with just four interceptions, tied for the fewest of any quarterback with at least 350 pass attempts. On Saturday, he’ll lead No. 3 Alabama into the SEC championship game against No. 1 Georgia.

Just as college football fans were excited to see Young this year, NFL fans are awaiting when it will be their turn to watch him ball out at the next level. When can they expect to hear his name called by NFL commissioner Roger Goodell?

When is Bryce Young eligible for the NFL draft?

The quarterback class in this year’s draft isn’t looking particularly strong, and that’s why it’s likely disappointing to fans of teams needing a quarterback that Young will not be eligible for the draft in 2022.

Instead, teams that perform poorly in 2022 will have the best shot at the Alabama quarterback as he will be eligible to enter into the NFL draft in 2023.

Players are required to spend at least three years at college before heading to the NFL. Young backed up Mac Jones last year and completed 13-of-22 passes for a touchdown and 156 yards in 2020. Jones was drafted 15th overall by the Patriots in the 2021 draft after finishing the year as a Heisman Trophy finalist and winning a national championship.

Based on the hype surrounding Young already as only a sophomore, he stands a chance of going earlier than his predecessor.

The 2022 NFL Draft hasn’t even taken place yet, and already there are several mock drafts for 2023 projecting where Young might wind up.

Here’s where a few mock drafts have expected the Alabama QB to land:

Picking up on a trend? Young looks like he’s destined for a top-five selection, as is common for quarterback recruits that are rated as highly as he was. In 2018, Trevor Lawrence was the No. 1 recruit in the nation and Justin Fields was No. 2. Lawrence was drafted first overall by the Jaguars in 2021 and Fields went 11th overall to the Bears.