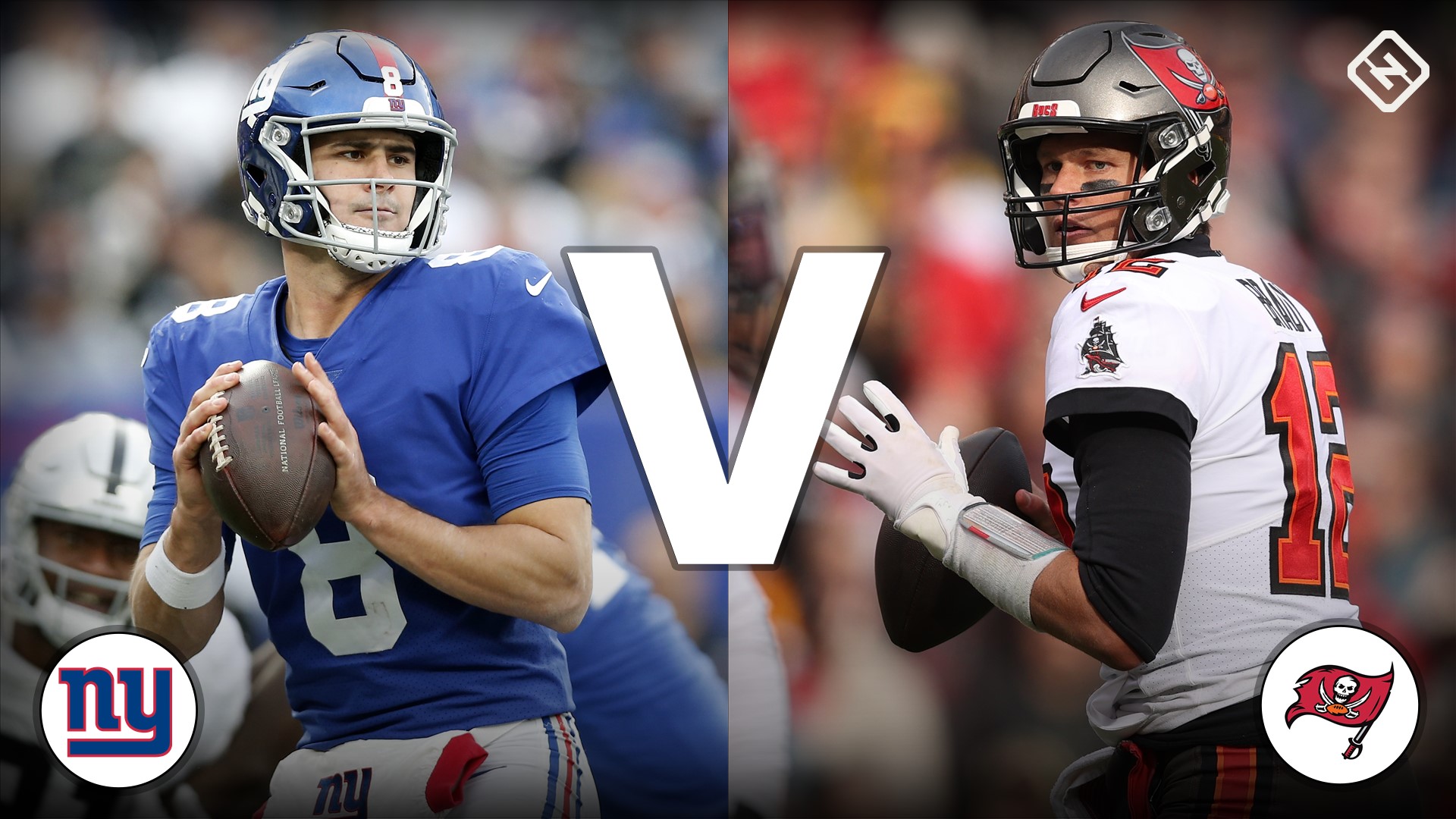 Tom Brady has a lot of history with the Giants.

Back in 2007, they spoiled his and the Patriots’ bid for a perfect season with a win in Super Bowl XLII. Just four years later, they knocked off Brady and New England again in Super Bowl XLVI to win another title.

This week, Daniel Jones and the Giants will have a chance to keep Brady’s recent woes going as they look to extend the Buccaneers’ two-game losing streak to three on “Monday Night Football.”

Despite the recent struggles, this remains a dangerous Buccaneers’ passing attack. Entering Week 11, Tampa Bay has the third-most passing yards in the NFL at 2,840 and the most passing touchdowns at 27. The Giants have displayed a middle-of-the-road passing defense, as they ranked 16th in the country with 2,249 passing yards allowed.

The Giants are coming off a bye, and had been playing better football in their past three games. They had won games against the Panthers and Raiders, with only a narrow 20-17 loss to the Chiefs separating the two games. Their defense has forced six turnovers during those three games, while the offense has coughed the ball up just twice in that span.

Here’s all you need to know to watch the Giants take on the Buccaneers on “Monday Night Football” tonight.

What time is the NFL game tonight?

“Monday Night Football” will kick off at 8:15 p.m. ET. Every Monday night game in 2021 is scheduled to start at that time.

What channel is ‘Monday Night Football’ on tonight?

Fans can also tune in to ESPN2 to watch the “ManningCast,” with brothers Peyton and Eli Manning calling the game. Eli Manning, being a former Giant who twice beat Brady in the Super Bowl, has a particularly notable connection to this week’s matchup.

Streamers will be able to watch the game via Watch ESPN, the ESPN app or by using fuboTV, which comes with a seven-day free trial.