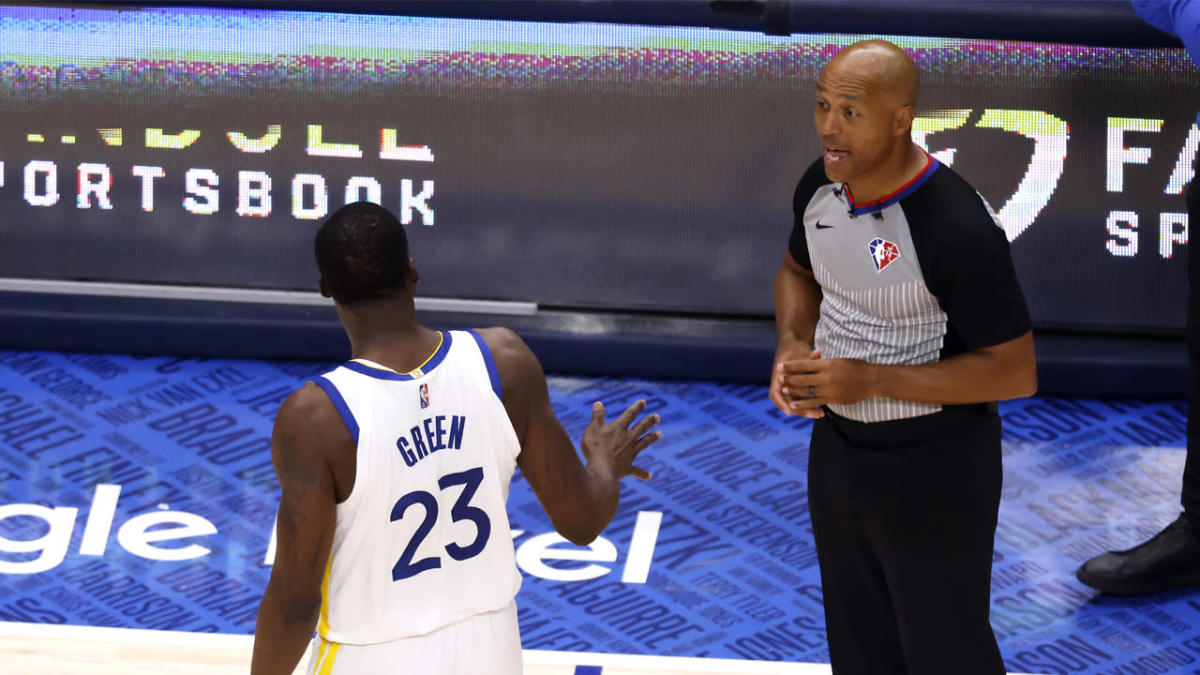 In Draymond Green’s eyes, referee Marc Davis didn’t have his finest evening throughout Game 3 of the Western Conference finals.

As the Warriors and Dallas Mavericks went at it on the American Airlines Center court docket Sunday evening, the officiating crew discovered itself in the midst of some debatable calls.

So when Andrew Wiggins concurrently silenced Mavs followers and destroyed Luka Dončić with an epic poster dunk close to the tip of Golden State’s 109-100 victory, Green — and all of Dub Nation — couldn’t imagine it when Davis referred to as an offensive foul on the play.

The name was finally overturned after being challenged by coach Steve Kerr, however for the second time in the course of the sport, Green had some phrases for the crew chief.

By this level within the sport, Davis had already assessed Green a technical foul for arguing backcourt violation with the referee in the course of the second quarter. Upon receiving the tech, Green informed Davis, “This ain’t about you!”

After sticking up for himself following his personal questionable foul, it’s clear Green jumped on the alternative to defend Wiggins’ unbelievable play that was nearly overshadowed by one other disputable name.

In the tip, the 27-year-old obtained his second to shine.

As for Green and Davis, that decision stays to be seen.