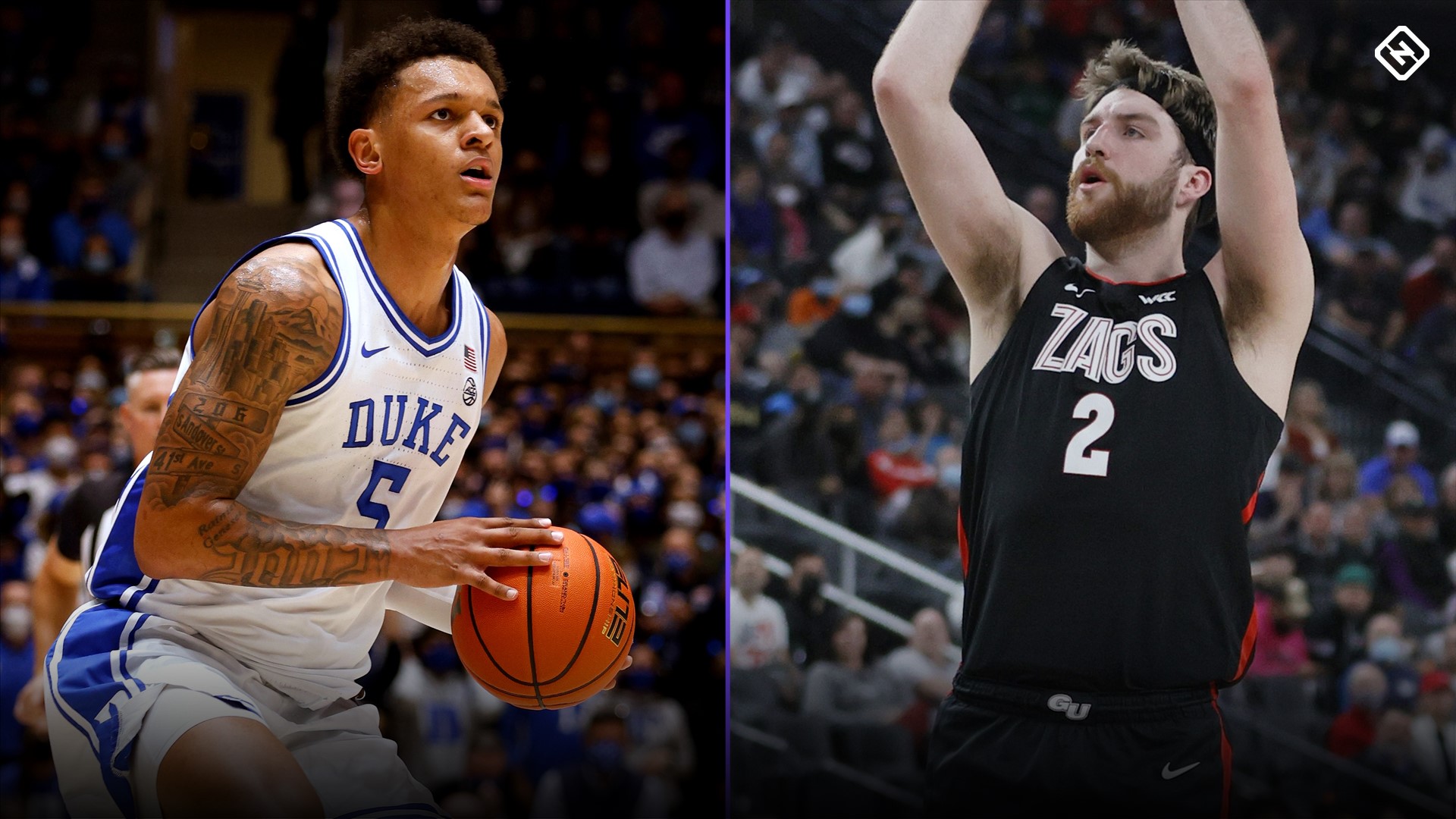 ESPN is highlighting another Top 5 matchup this week on Friday as No. 1 Gonzaga takes on No. 5 Duke in Las Vegas.

Both teams are heading into this game undefeated at 6-0. Gonzaga has been in Las Vegas all week after competing in the 2021 Empire Classic. They beat No. 2 UCLA 83-63 on Tuesday night, proving that they deserve their No. 1 ranking. Duke was ranked nine heading into the season, and they beat the then No. 10 Kentucky 79-71 on opening night of college basketball season. This win helped them jump to the number five spot.

Ahead of the game, Gonzaga opened as 5.5-point favorites, according to Action Network.

Below is all the info you need to watch Duke vs. Gonzaga on Tuesday, including tip-off time, TV channel and both teams’ upcoming schedule.

What channel is Duke vs. Gonzaga on tonight?

Duke vs. Gonzaga will be shown on ESPN on Friday night. Right now, Duke has eight more ESPN primetime games, while Gonzaga has one more as of now.

Additionally, ESPN’s streaming service ESPN+ will show the game, along with fuboTV, which offers a seven-day free trial.

The Duke vs. Gonzaga game is a part of the Continental Tire Challenge in Las Vegas, Nev., at the T-Mobile Arena.

Here are Duke’s next five games.

Here are Gonzaga’s next five games.