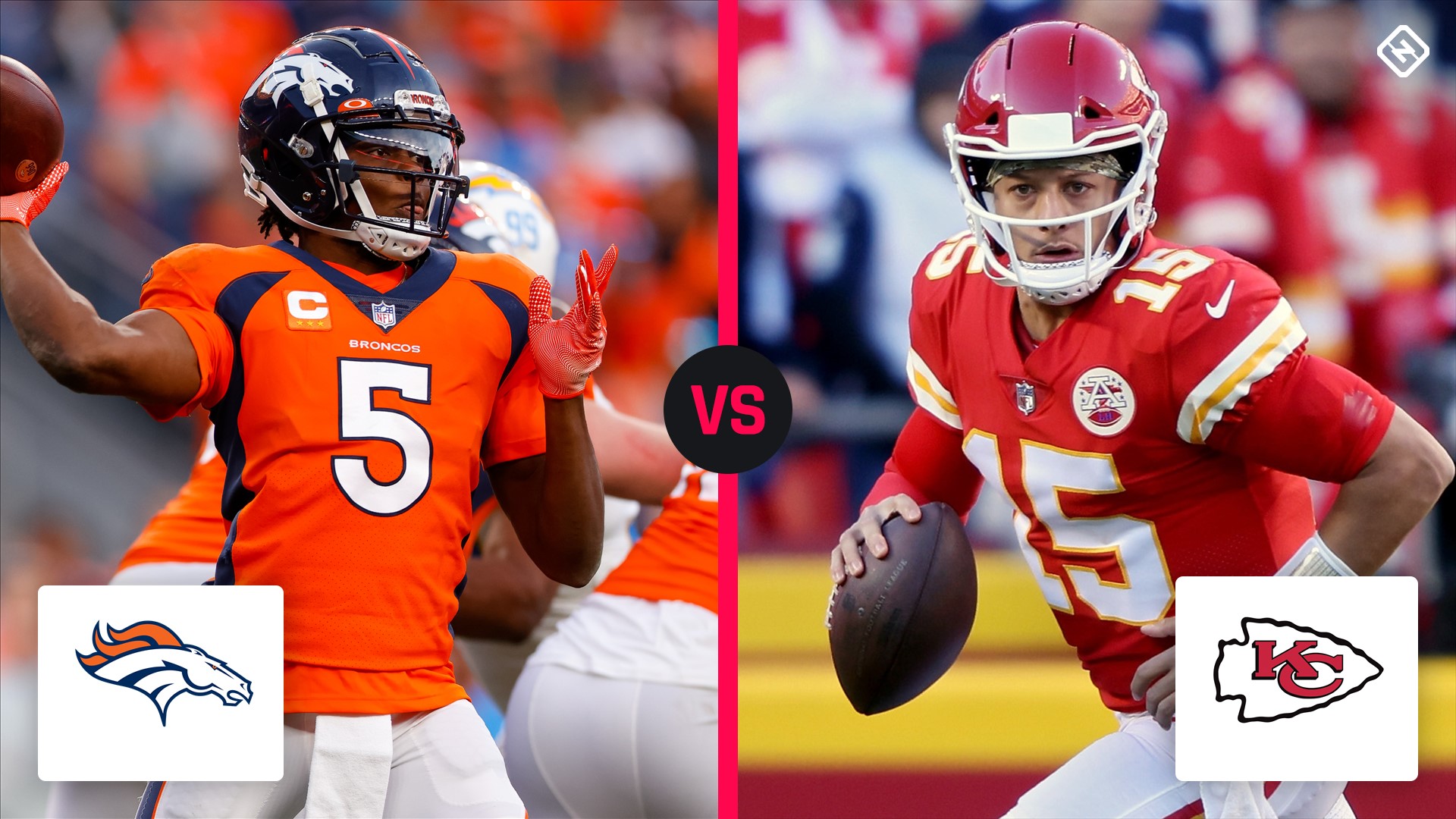 The AFC West has become what the AFC North was about two weeks ago, so for the second week in a row we get an important divisional matchup on “Sunday Night Football.” While last week it was the Browns taking on the Ravens, this week the Broncos will try to pull out of a 6-5 deadlock with the Raiders and Chargers against the 7-4 Chiefs. With the end of the season quickly approaching, a two-game lead would be huge for Kansas City, especially with them seemingly getting hot at the right time.

That, of course, begins with Patrick Mahomes. With the Chiefs coming off a bye week, they’re just two games removed from Mahomes’ masterful 406-yard, five-touchdown performance against the Raiders. That win, however, is sandwiched in between two defensive showcases for the Chiefs against the (admittedly Aaron Rodgers-less) Packers and Cowboys. In those two games against two of the NFC’s best, the Chiefs gave up just 16 points.

That could be a problem for a Broncos team that is 23rd in scoring, among the worst of teams still in the playoff picture in either conference. Teddy Bridgewater has been good this season, never really dazzling, with 15 touchdowns to five interceptions. He isn’t losing the Broncos games, but for the Broncos to win against high-powered offenses they need to build an early lead and win on the ground. Denver had 147 yards in its win against the Chargers last week. Even that might not be enough against the Chiefs.

The Broncos, to their credit, are riding a high in what’s been a season of peaks and valleys. They’ve won three of their last four after dropping four straight, which itself came after starting 3-0. The Broncos turning out to be one of football’s streakiest teams is a bit of an upset, so perhaps they can ride that momentum against a Chiefs team That has won four straight after cratering at 3-4 earlier in the season.

Here’s what you need to know to watch Broncos vs. Chiefs this Sunday, including kickoff time, TV channels, and the full Week 13 NFL schedule.

What channel is Chiefs vs. Broncos on today?

Chiefs vs. Broncos will be broadcast nationally on NBC for “Sunday Night Football” in Week 13. The game will be called by Al Michaels and Cris Collinsworth, with Michelle Tafoya on the sideline.

In Canada, viewers can watch Chiefs vs. Broncos on DAZN, which includes every NFL game as part of a 30-day free trial.

Chiefs vs. Broncos is scheduled to kick off at the normal 8:20 ET for “Sunday Night Football.” This game will be played at GEHA Field at Arrowhead Stadium in Kansas City.

If you don’t have access to NBC through a cable subscription, there are many other options you can look into to watch the “Sunday Night Football” matchup.