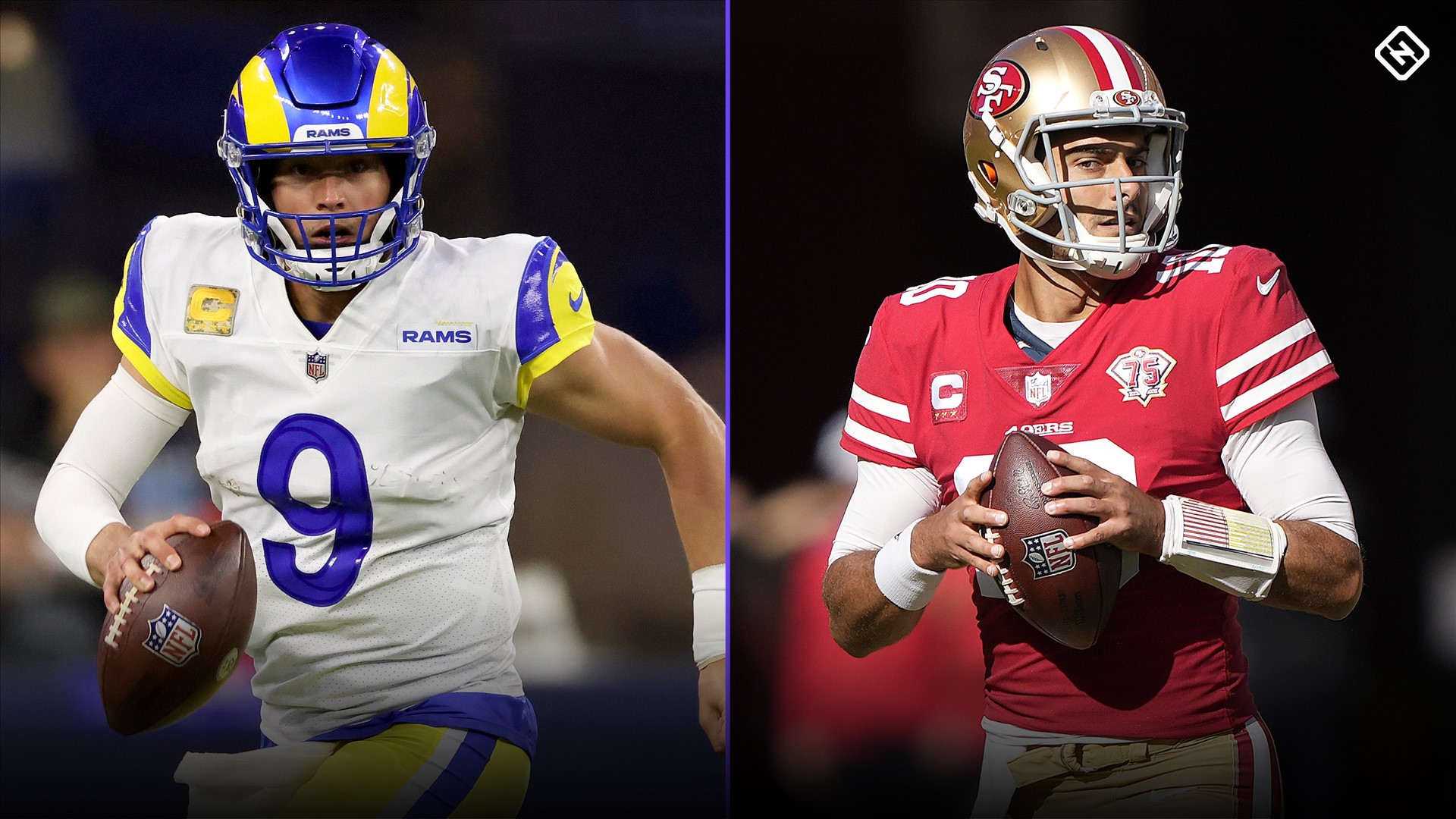 NFC West primetime football is, generally speaking, an interesting beast. “Monday Night Football” between the Los Angeles Rams and the San Francisco 49ers should be no exception, with MVP candidate Matthew Stafford facing off against Jimmy Garoppolo, who has played very solid football the past few weeks. For the Rams, it’s a chance to clean up after a wire-to-wire loss to the Titans last week. For the 49ers, it’s a chance to play spoiler in the division and at least get into the conversation for the NFC Wild Card race.

Although the 49ers put up just 17 points last week, it seems unlikely we’ll get a heavy dose of Trey Lance against the Rams. Los Angeles’s fearsome front is not a situation you want to thrust a rookie quarterback up against, and Garoppolo completed 28 of his 40 attempts for 324 yards, two touchdowns, and an interception last week. For all of the problems the Niners have this year, Garoppolo hasn’t proven to be one the past few weeks.

The Rams, meanwhile, lost last week to a formula that other teams may find it very hard to replicate. Two first half interceptions from Matthew Stafford — one a bad decision that put the Titans inside the Rams’ 10 and the other a terrific Pick 6 by Kevin Byard — did them in early. Ryan Tannehill threw for just 143 yards and the Titans were outgained 347-194, but terrific defensive line play and a mostly stagnant second half netted the Titans a 28-16 win. It’s hard to imagine the Rams losing that type of game again.

For the 49ers, however, it does show a path to victory. That path, unfortunately, is outside of their wheelhouse. San Francisco is -9 in turnover differential, tied for 29th in the NFL with the Chiefs and Jaguars. Garoppolo will need to hold the ball and the defense will have to create plays if the 49ers want to unseat the Rams, who are now 7-2 and a game back of the Cardinals in the NFC West.

Here’s what you need to know to watch the Rams and 49ers this Monday, including kickoff time, TV channels, and the full Week 10 NFL schedule.

What channel is 49ers vs. Rams on today?

49ers vs. Rams will be broadcast nationally on ESPN’s “Monday Night Football” in Week 10. ESPN will have its regular booth broadcasting this game, with Steve Levy, Brian Griese and Louis Riddick. Lisa Salters will be on the sideline.

The Manningcast will be returning in Week 10, though guests haven’t been announced yet. Of note, the Manningcast Curse is probably as real as the Madden Curse, but Josh Allen’s Bills losing to the Jaguars is definitely hard to ignore.

As this is a West Coast matchup, the game will kick off at 5:15 local time, but it will be the standard “Monday Night Football” 8:15 EST kickoff.