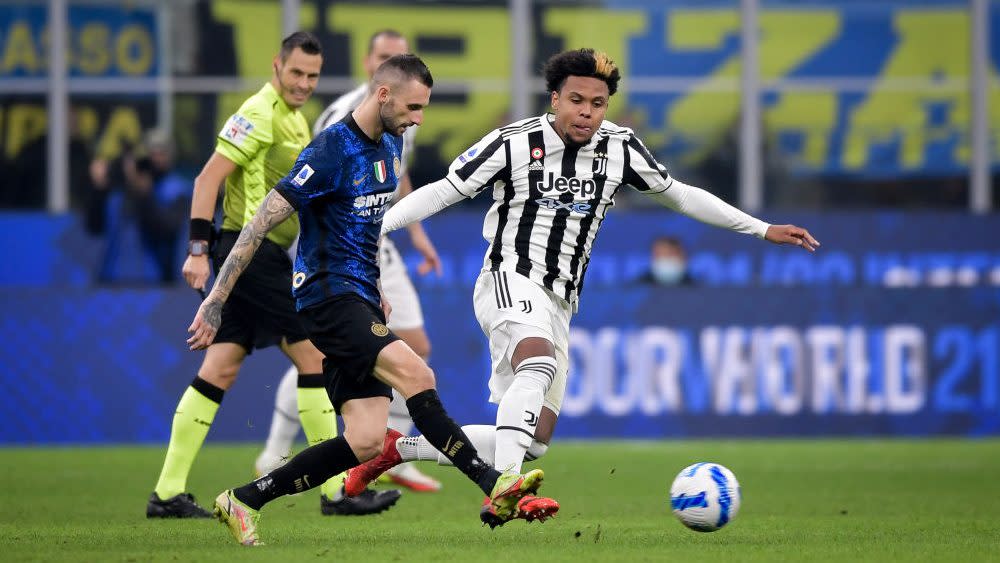 The Premier League rumor mill picked up some fresh ingredients from Italy for Thursday’s transfer digest.

Those ingredients were imported from the USMNT, Netherlands, Albania, and Croatia.

Let’s dig into them. A feast, if you will.

Stefan de Vrij is the big name of three Serie A players ticketed for Newcastle United as the club’s new ownership attempts to give Eddie Howe improved options at center back and center mid.

De Vrij could be joined by teammate Marcelo Brozovic, according to 90min, though it will be interesting to follow if some of these clubs aren’t offering players to the newly-rich Magpies at a serious premium.

Dutch center back De Vrij remains well-regarded and also on the list of his suitors are Everton and Tottenham, with both clubs’ managers knowing full well his capabilities.

The Magpies have also been linked with goalkeepers despite the return to health of star Martin Dubravka, and Inter has an option for Howe in Lazio’s Thomas Strakosha.

The 26-year-old Albanian has 17 caps and has been with Lazio since his academy days, but Pepe Reina is getting all the minutes in Rome this season.

Weston McKennie could trade Turin for London, according to Calcio Mercato, making him a direct rival to good friend Christian Pulisic at Chelsea.

The report says that Juventus is prepared to sell McKennie for between $34-39 million, and that Tottenham director Fabio Paratici and manager Antonio Conte would be happy to meet that price in January.

Juve is surprisingly also mentioned as a possible seller of Dejan Kulusevski, the playmaking Swede plenty electric but not quite hitting his heights early this season.

USMNT man McKennie, 23, moved from Schalke to Juve for under $25 million in 2021 after a successful loan spell. He has two goals in 11 matches this season and has featured regularly for both Max Allegri and Andrea Pirlo.

But it hasn’t been all smooth sailing in Turin and Juve is always tipped to offload assets, the same mindset that fueled the jettison of Cristiano Ronaldo to Manchester.

McKennie fills a need for Spurs and is the type of all-action midfielder that Conte can appreciate, and perhaps Tottenham has pieces that Juve would like in a deal. Paratici would know.

Weston McKennie to Tottenham, Serie A trio to Newcastle in transfer news originally appeared on NBCSports.com