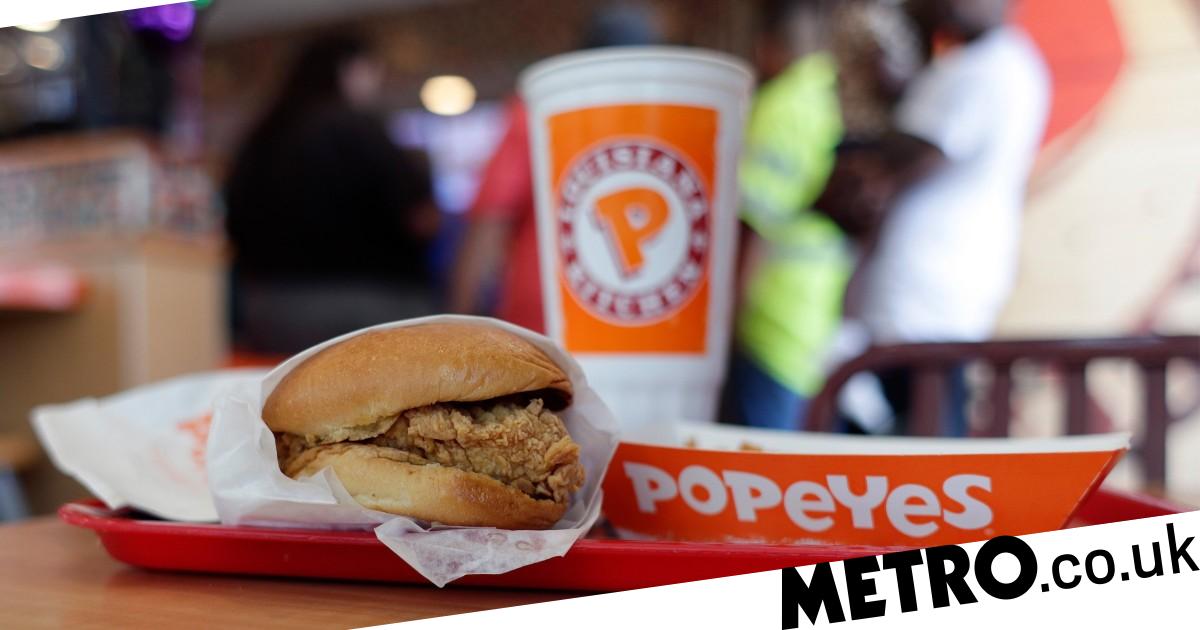 Popeyes – the much-loved American chicken shop – will open its doors in the UK for the first time tomorrow.

Across the pond it’s something of an institution, with thousands of branches of the fast food chain dotting the country – and a recent collaboration with rap superstar Megan Thee Stallion (who collaborated with Popeyes’ to create their Hottie Sauce).

Signature dishes come from the company’s Louisiana roots, with spicy chicken, fried shrimp, and other regional items on the menu.

We could take the US population’s word for how good the food is – or rely on Meg’s good taste. But we decided to try it for ourselves.

Allegedly the recipe for this took years to perfect, first launched as a limited edition item in 2019 before being rolled out permanently in the US later that year.

But, with it hitting our shores at Westfield Stratford this Saturday, will it stand up to the British palate?

What did we think?

This is how our resident burger guinea pig Chris described the Popeyes chicken sandwich.

Nothing to complain about, but also nothing to shout about. This is actually something that has happened multiple times, as customers in Milwaukee and New York were filmed brawling over queue spots for its first limited release.

Although Chris doesn’t believe in fast-food-induced violence, he did add that the chicken was succulent and crispy, with the buttermilk coating adding a satisfying crunch.

The brioche bun encasing the chicken was sweet and buttery, but its squishiness (technical term) could mean things get messy as you eat.

For Chris, the main downside was the pickles, which he said failed to cut through the rich flavours of the other sandwich components.

On the scale of good to bad burgers, his verdict was that Popeyes’ sat ‘somewhere in between’. And although he doesn’t advise getting swept up in the hype, Chris says it’s worth ‘respectfully’ considering a visit.

Popeyes opens its first UK store at Westfield Stratford on Saturday November 20, so you can do just that.


MORE : Parents home schooled all 10 of their children into university by 13 years old