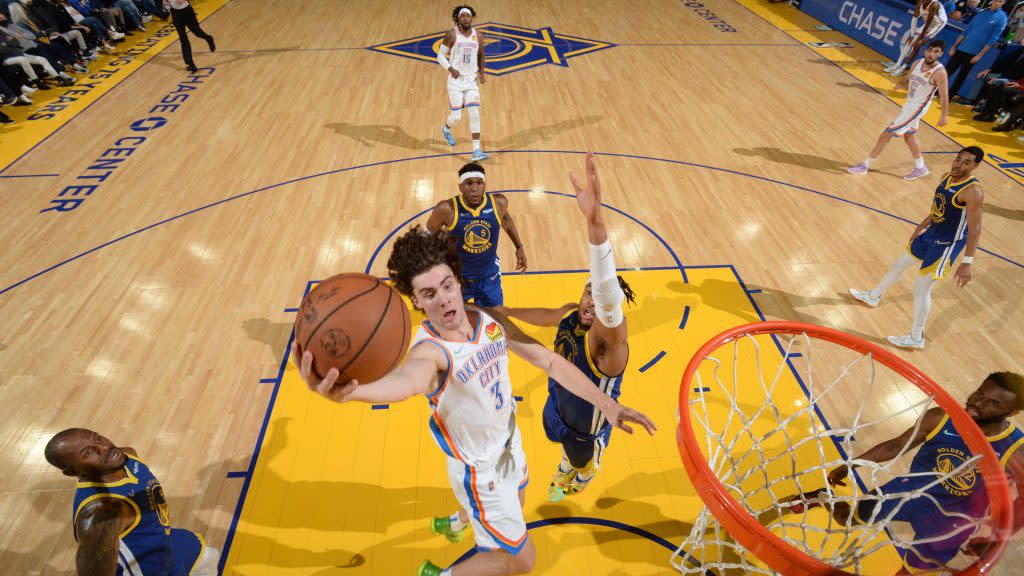 The Thunder surprised by drafting Josh Giddey No. 6.

But maybe he wouldn’t have gotten past the Warriors with the No. 7 pick.

Joe Mussatto of The Oklahoman:

The Warriors told Giddey’s agent, Daniel Moldovan, that they intended to select Giddey with the seventh pick if he was still on the board, Warrick Giddey, Josh’s dad, told The Oklahoman.

“Now how much you read into that,” Warrick said, “a lot of times teams will give you promises that they obviously won’t and can’t (keep).”

That’s a long game of telephone – from the Warriors to Moldovan to Warrick to Mussatto. There are plenty of opportunities for Golden State’s message to get twisted. Plus, as Warrick said, teams don’t always keep their draft promises.

Even if the Warriors planned to draft Josh Giddey if he were still available, we don’t know whom they were expecting to be off the board. Were they banking on Oklahoma City picking Jonathan Kuminga No. 6? Or did the Warriors just prefer Giddey to Kuminga, whom Golden State actually picked No. 7?

It’s far too early to render judgment on Giddey, a raw and intriguing prospect. But this is an indicator he was more highly coveted than it initially appeared on draft night.

More on the Warriors