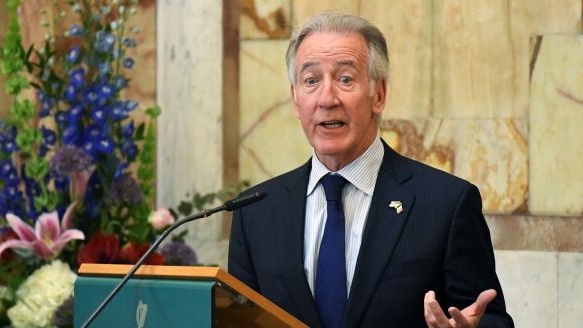 A group of US congressmen and women has written to the US Secretary of State Anthony Blinken to express their opposition to British Government plans for an amnesty for crimes committed during the Troubles and to urge the US Government to also oppose the plan.

The letter was signed by 21 Democrat and Republican members of Congress, including the joint Chairs of the Friends of Ireland Caucus, Rep. Richard Neal and Rep. Mike Kelly. It called on Mr Blinken to “urgently make a public statement of opposition to these proposals”.

The British plan has been criticised as an effort to shield former members of the British security forces from criminal investigation and proceedings, and has been strongly criticised by the Irish Government and all the parties in Northern Ireland.

“The UK Government plans for dealing with the legacy of the conflict in Northern Ireland will close all paths to justice for victims denying them the truth, justice and accountability to which they are entitled,” the letter says.

It says that the proposals “breach the UK’s international and domestic human rights obligations, unduly interfere in the justice system, undermine the rule of law and dismiss victims’ suffering. We note the unequivocal rejection of the United Kingdom’s plans by the Irish Government, Northern Ireland political parties, human rights organizations including Amnesty International, victims and victims’ groups and many others.

“It is clear that the UK Government’s primary motivation is to ensure security forces are placed beyond accountability for the human rights abuses committed during the ‘Troubles’. We wish to express deep concern at the continual undermining of the rule of law, Good Friday Agreement and ongoing process of peace and reconciliation,” the letter goes on to say.

“Given the role the US has, and continues to play, in supporting the Good Friday Agreement through peace and reconciliation, we urge you to make a public statement of unequivocal rejection of these proposals and work with your counterparts in the United Kingdom and Ireland to resolve this matter and ensure the past is dealt with in a victim centered, rights respecting way,” it says. “The time to act is now; the UK Government is expected to progress legislation in the near future in the UK Parliament.”

The Sinn Féin President Mary Lou McDonald welcomed the letter, and called on the British Government to abandon its proposals.

“I want to thank the Members of Congress who signed this letter for standing by the rights of the victims of conflict and for standing up for the Good Friday Agreement. Representatives Neal, Kelly and Suozzi are great friends of Ireland and protectors of our agreements.

“The British Government’s amnesty proposals run contrary to their obligations under the Stormont House Agreement and undermine the human rights commitments of the Good Friday Agreement.

“These proposals have rightly been rejected by all political parties across Ireland, by victims groups, by human rights experts internationally and the US Congress,” she said.