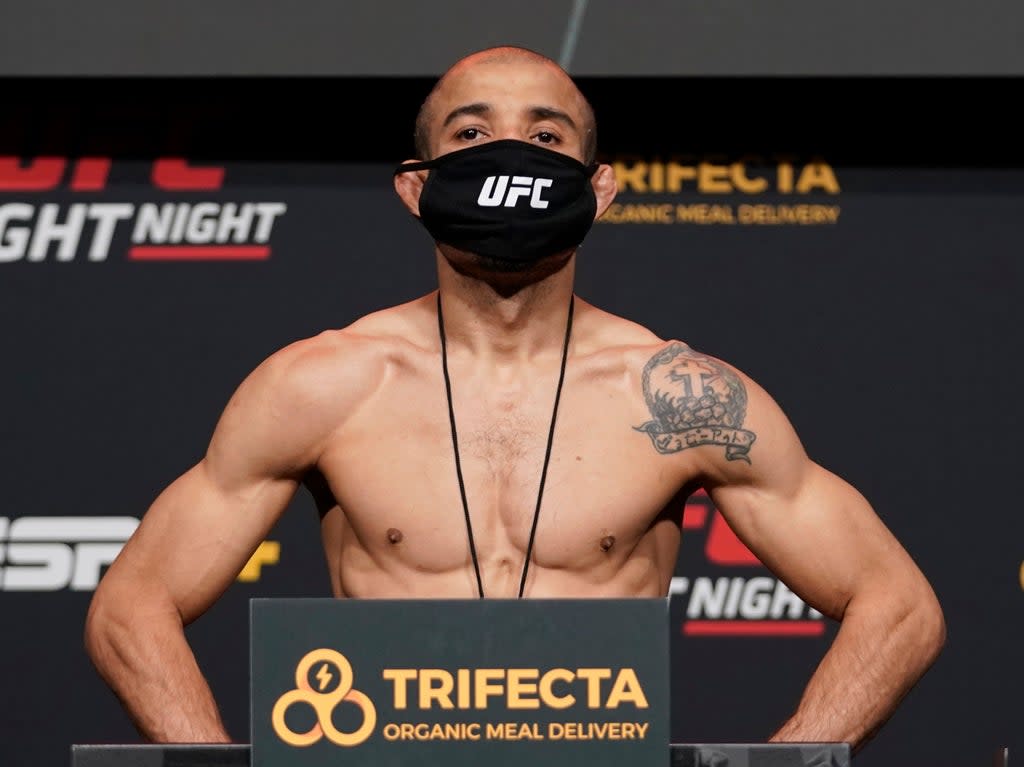 Bantamweight contenders Jose Aldo and Rob Font face off in an intriguing bout on Saturday evening as they headline at the UFC Apex institute in Las Vegas.

This UFC Fight Night marks the promotion’s return after a rare two-week break, and the main event will see Aldo and Font attempt to move closer to a shot at the 135lbs division’s title.

Aldo (30-7) was featherweight champion for 10 years until his 13-second loss to Conor McGregor in late 2015, and though he regained the belt shortly thereafter, the Brazilian dropped down to bantamweight in 2019.

Aldo, 34, is 2-2 in the division, having outpointed Pedro Munhoz and Marlon Vera in his last two fights. Meanwhile, Font (19-4) is riding a four-fight win streak, having comprehensively outpointed former champion Cody Garbrandt last time out.

The 135lbs division is stacked at the moment, so a win here for fifth-ranked Aldo or fourth-ranked Font promises nothing, but there is still a chance the winner could fight for the belt in the near future – depending on the fitness of other top bantamweights.

Here’s all you need to know about the event.

The early preliminary card will begin at around 10.30pm GMT on Saturday 4 December.

The prelims follow at 12am GMT on Sunday morning, with the main card kicking off at 3am.

How can I watch?

The main card will air on BT Sport in the UK, with the prelim and early prelim fights shown on UFC’s Fight Pass.