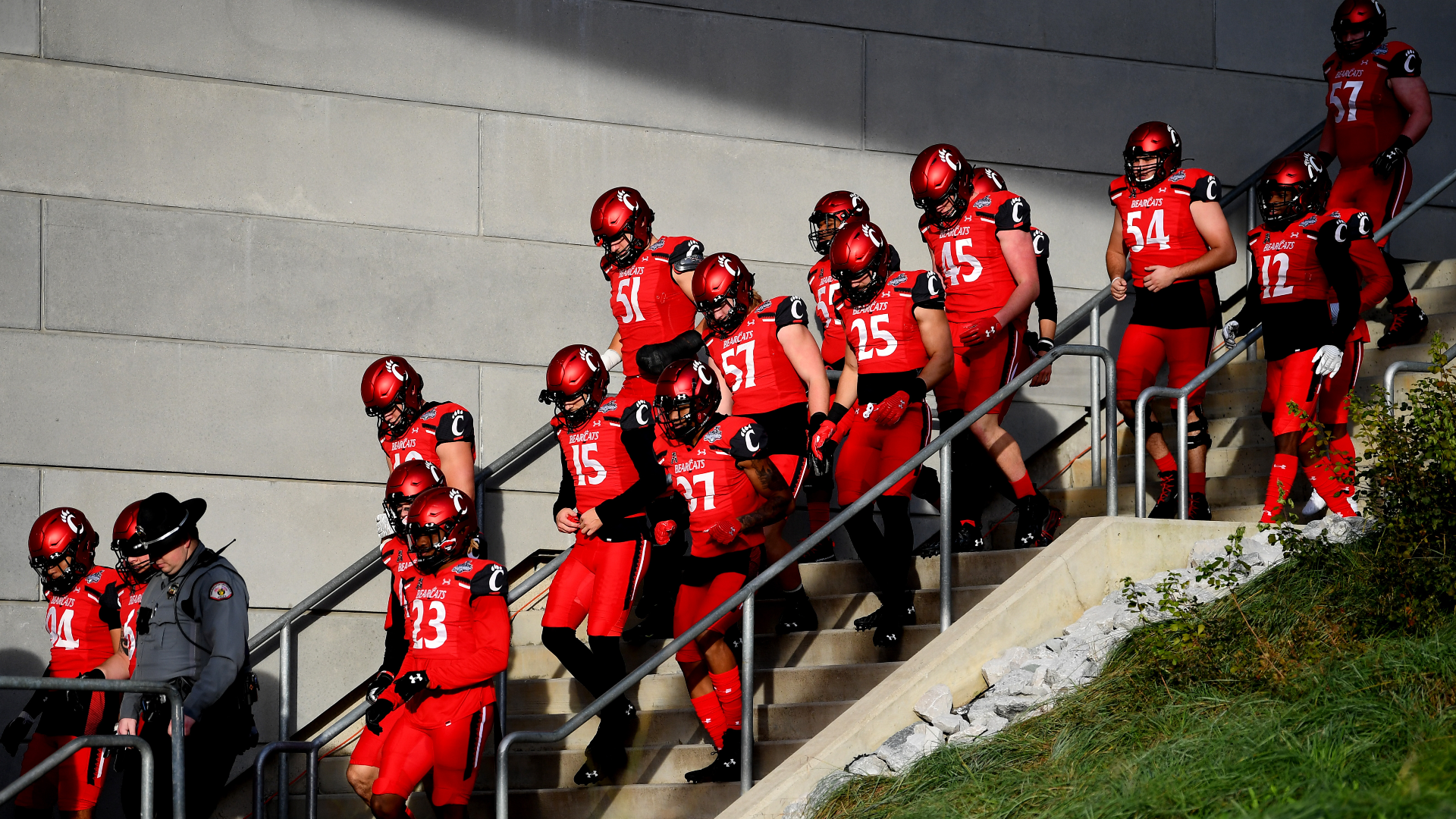 This year’s College Football Playoff will be the eighth installment. And though a lot of the same teams appear in the playoff year after year, the 2021 edition is likely to look a lot different with the inclusion of Cincinnati.

The No. 4 Bearcats finished their season 13-0 following a 35-20 rout of Houston in the American Athletic Conference title game Saturday.

MORE: What Baylor’s Big 12 title means for the rest of CFP field

Desmond Ridder’s three passing touchdowns and Jerome Ford’s two scores on the ground led the way. Cincinnati is now widely expected to become the first Group of 5 school to make the playoff. Seemingly everyone is in their corner, too.

The supporters include conference foe UCF, which went 12-0 and won AAC titles in both 2017 and 2018 but failed to make the playoff, yet still crowned itself national champion.

The Bearcats picked up two ranked wins this year, including a 24-13 victory over then-No. 9 Notre Dame in South Bend, a result that will likely keep the Fighting Irish out of this year’s playoff. This is the second season in a row Luke Fickell’s squad has won the AAC title and gone undefeated in the regular season. Last year, it lost to Georgia 24-21 in the Peach Bowl.

UCF, along with Houston and BYU, will join Cincinnati in the Big 12 starting with the 2023 season.