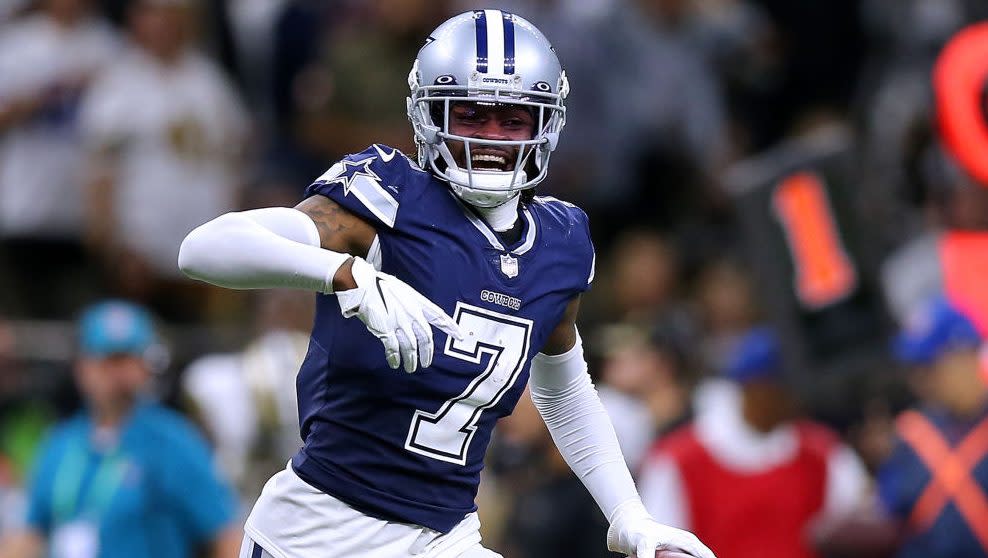 One of the oldest records in the NFL is most interceptions in a season, set by Dick “Night Train” Lane when he had 14 interceptions in 1952. Cowboys cornerback Trevon Diggs isn’t quite on pace to match that record. But he’s close.

Diggs, who caught his ninth interception of the season on Thursday night, is now on pace to finish with 13 interceptions in a 17-game season. That would be the second-most ever, behind only Lane and tied with Dan Sandifer of Washington in 1948, Orban “Spec” Sanders of the New York Yanks in 1950, and Lester Hayes of the Oakland Raiders in 1980.

Diggs, of course, has the advantage of playing in a longer season: Lane, Sandifer and Sanders all played 12-game seasons, while Hayes played a 16-game season.

Diggs needs only one more interception in the final five games of this season to match the 10 that Miami’s Xavien Howard had last year — and that was the most any NFL player had had since 2007. With two more interceptions this season, Diggs will have 11, which would be the most since another Cowboy, Everson Walls, had 11 in 1981.

Even if he falls short of the record, Diggs is likely to finish with an interception total the NFL hasn’t seen in four decades. He’s having a special season.