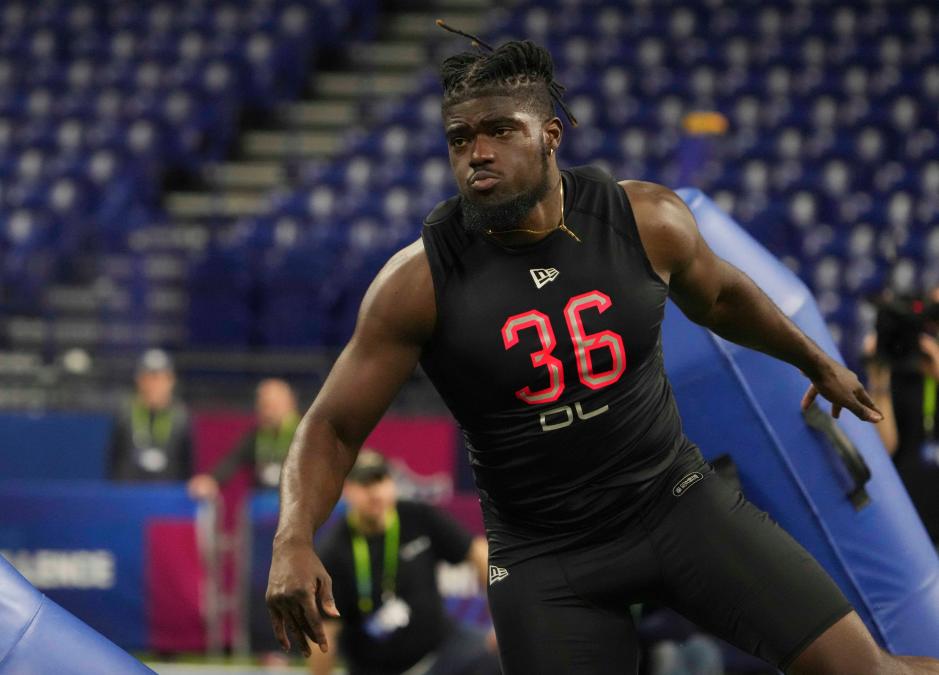 By now you may have seen the video of Michigan linebacker David Ojabo tearing his Achilles during a pro day workout. The video (which has almost 9 million views) is devastating and even now, days later, it remains an intensely discussed topic among some teams for one huge reason: it shows just how brutal the NFL really is.

After Ojabo falls, he is essentially alone for a handful of seconds, with some of the only immediate action you see on the video being an assistant coach walking by him, picking up the football Ojabo was holding, and moving it.

In fairness to the coach, he may not have wanted want to assist Ojabo, out of fear of possibly making the injury worse. The coach, and others around Ojabo, also probably felt medical help was on the way.

In fact, what you don’t see in the clip, but do in another, is that medical personnel did get to Ojabo. He wasn’t alone, on the ground like that, for an extended period of time.

Still, there remains a myriad of questions about why a player who crumbled to the turf had no one immediately (and that’s the key word) move to comfort him.

When Danish soccer player Christen Eriksen collapsed last summer, for example, because of a cardiac arrest, he was immediately surrounded by teammates and others offering medical attention and support.

At best, the very best, what happened to Ojabo is a bad look. A really, really bad look. The whole scene is.

‘I’LL BE BACK:’ Ojabo vows to return and make it to NFL after injury

It may not be typical of the NFL to treat players like widgets, but it sure seems like it is. Many NFL owners care more about the quality of fabric on the sofas in their yachts than they do the minds and bodies of the players on their teams.

It’s true that treating players like an old iPhone with a cracked cover isn’t new. It does seem, however, worse now. The entire league has become more callous and greedier. As the money has increased, so has the callousness.

It’s not just on the field. It’s the Washington organization’s, and the NFL’s, disgraceful treatment of victims of sexual harassment. It’s the almost gleeful pursuit of Deshaun Watson by teams despite the quarterback being accused of sexual misconduct by 22 women. Or how the league not only didn’t care about a social protest movement, it tried to stop it, and then punished its organizer.

And it’s not just the NFL. Parts of country spent years celebrating cruelty and indecency. There’s been a dramatic rise in authoritarianism across the world. There are the selfish people who won’t get vaccinated or have long refused to wear masks.

“It’s a brutal business. It’s as brutal a business as there is in this country. As far as stuff like that, how cutthroat it is, loyalty. … We just talked about Matt Ryan and the Atlanta Falcons. ‘Hey, the greatest quarterback in franchise history. Done all these great things. What? Another quarterback wants to come in here? Hey, we might get you the hell outta here. So what all those great things you did in the community.”

In fact, not only was Atlanta prepared to dump Ryan in favor of Watson, the Falcons on Monday traded Ryan, the team’s 2008 first round draft pick who has started all but three games for the franchise, to Indianapolis.

“Guys that get hurt in practice?” Simms added. “You’re going to have to put me (as) a cold-hearted guy, too. Guy gets hurt in practice, I’m in the middle of an offensive period, I’m the starting quarterback. ‘Damn, he’s hurt. But what’s the next play, coach?’ “

And count me as cold-hearted as well. When you watch an NFL practice, and I’ve seen this at least a dozen times while covering three separate NFL teams over the years as a beat writer, and other practices while a league writer, teams will do exactly as Simms described. They’ll sometimes simply move the drills around an injured player and keep going.

When I first saw it, I couldn’t believe it. There was a sort of matter-of-factness to the sheer coldness of it. I remember speaking to a Pro Bowl offensive lineman after one Giants practice about it and he seemed surprised at me being surprised. This is how the NFL works, he told me.

Later, like Simms, I’d become anesthetized to the violence, and when players got hurt in practice or games, I’d just take notes, like I was writing a grocery list. Later in my career, I’d catch myself whenever that lack of empathy would set in.

Just the fact Ojabo was again working out for teams is an indication of how little the league cares about the health of its players. Ojabo worked out at the combine and teams have plenty of Michigan film to watch. There’s absolutely no need for him to have a second massive workout, but teams want to make sure they get as many looks as possible at their widgets.

The NFL, for years, has used a massive PR campaign emphasizing how football is family. That was never really true because of how the sport would discard its battered players in the cruelest ways, and fail to take care of a significant number of them.