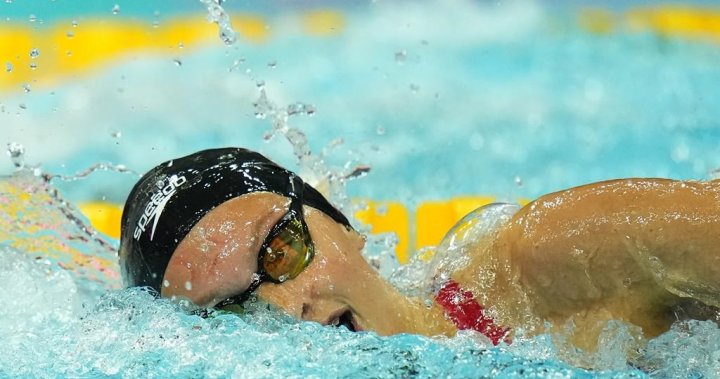 The 15-year-old was second to veteran swimmer Katie Ledecky of the U.S.

Ledecky completed in three minutes 38.15 seconds forward of McIntosh in 3:59.39, which was a Canadian report within the distance.

McIntosh was the youngest athlete on the Canadian staff in final summer season’s Olympic Games in Tokyo.