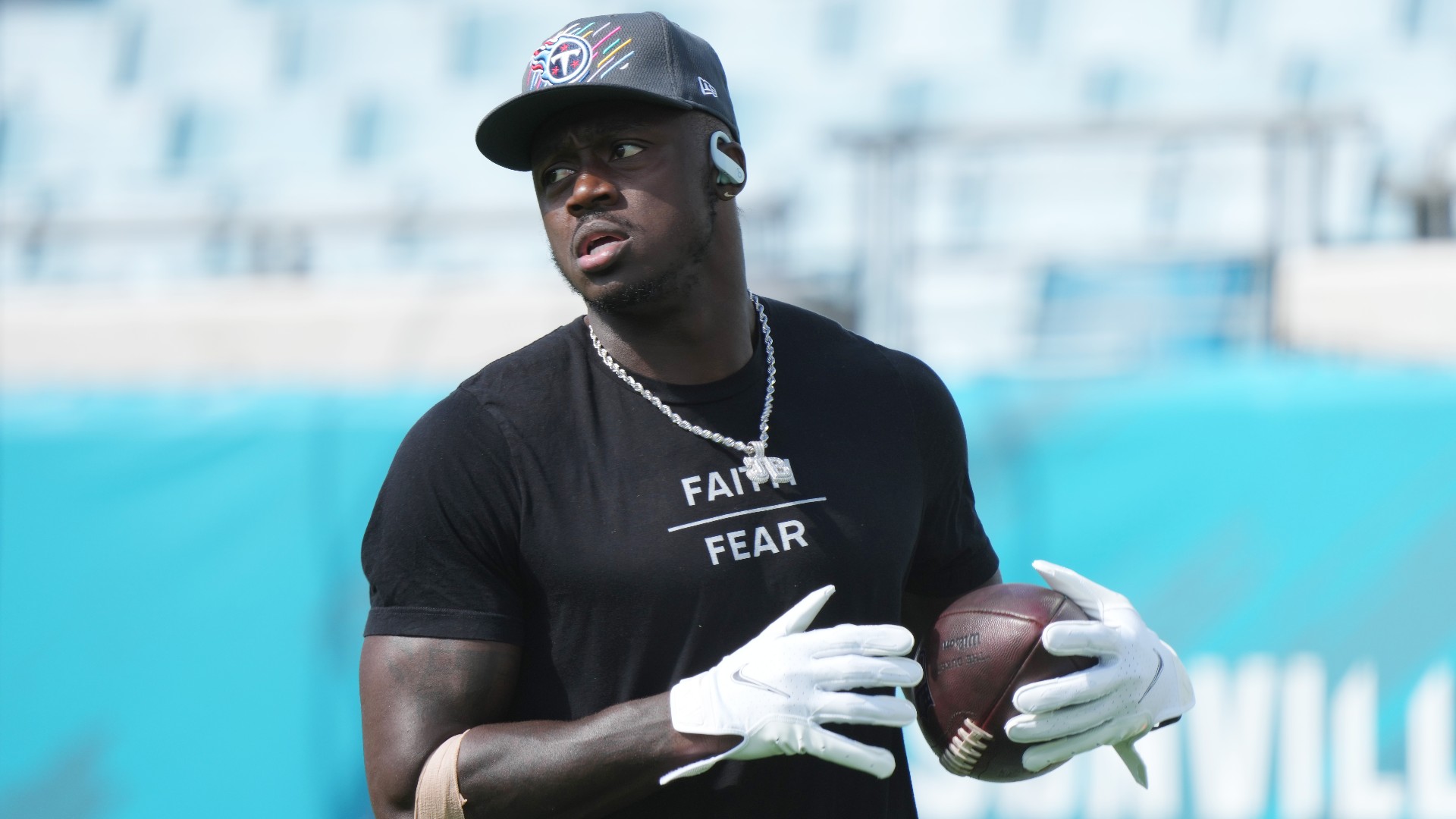 Last Friday, Titans wide receiver A.J. Brown shared an Instagram post detailing his experience with depression, and explaining how he once contemplated suicide.

During a news conference Thursday, Brown addressed the subject of mental health further, saying that he posted the video to encourage others to seek help when they’re down and not to just brush off mental health or depression.

“I always just brushed it off. That’s how I grew up. I just brush off my feelings and it got the best of me,” Brown said. “I just wanted to put out a positive message that I’m still here, I’m still growing, I’m still learning, I’m blessed and I have a lot of things to be grateful for. And someone was there for me, so reach out to your loved ones and ask them how they’re doing and listen to them because it’s important.”

In Brown’s video, he said that a year before posting the video, he thought about taking his own life. He said he felt everything was going wrong and that he had no hope for better days ahead. In the post, he said that he didn’t think depression was real until it happened to him, and told viewers watching that it helps to talk to someone.

. @Titans WR @1kalwaysopen_ shared a powerful message on his Instagram and TikTok accounts about depression, anxiety and mental health while encouraging others to get help. “Be there for someone because someone was there for me,” Brown said. “Take depression seriously.”

Brown said on Thursday that a person who was crucial to him was Jets wide receiver Elijah Moore. He said Moore was there for him, and said that “he’s more than family.”

“I love him like he is my brother,” Brown said. “He’s a special person and I appreciate him each and every day.”

He also voiced his appreciation for Titans coach Mike Vrabel. Brown said while he understands the business aspect of the NFL, he knows that Vrabel will always be a friend.

“I know it’s a business, and sometimes you don’t want to get emotionally attached or tied with someone because it’s a business side of it, but man I appreciate him so much and people like that,” Brown said. “No matter how this business may go, I think forever I’ll be a friend of his and he’ll be a friend of mine. I appreciate him so much just opening his door and listening, trying to help me as much as [he] can. It doesn’t go unnoticed with me, so he’s definitely family in my book, regardless if we ever part ways down the line, which I hope not.”

Speaking to reporters Monday, Vrabel said that he appreciated the courage Brown showed in speaking out about his mental health.

“It is our job, it is part of our job to make sure that they can deal with the stresses of life, the stresses of professional football, the strain it sometimes puts on their family,” Vrabel said. “If you are willing to ask someone how they are doing, be willing to sit there and listen to them. Don’t make it a fly-by.”

If you or someone you know is experiencing emotional distress, call the U.S. National Suicide Prevention Lifeline at 800-273-8255 at any time.