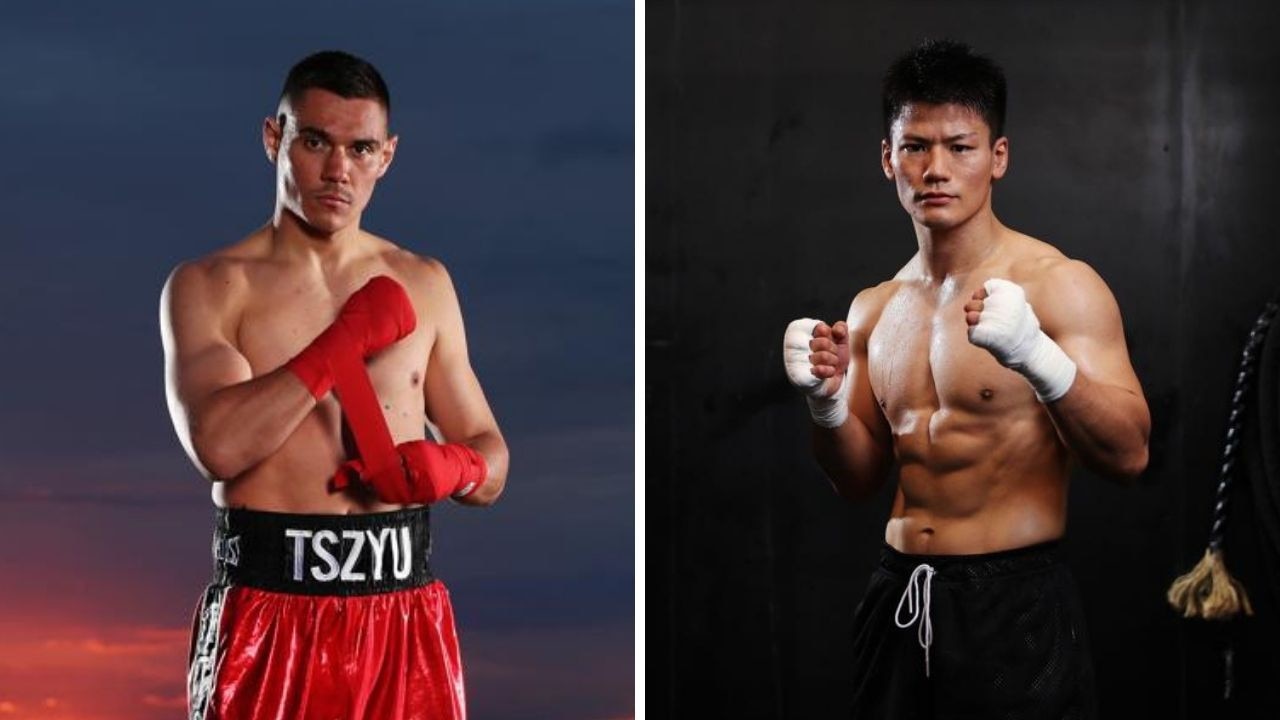 Takeshi Inoue taunted Tim Tszyu after they met for the first time with a gibe about his head size before the Australian phenom fired back a brutal response.

Channelling French President Emmanuel Macron, Tim Tszyu declared to rival Takeshi Inoue: “I don’t just think, I know certain things. I know the prediction of this fight and I know how it will end.”

For the record, Tszyu has been saying for weeks that he will knock out Inoue within six rounds when the two world-ranked stars clash next Wednesday night at Qudos Bank Arena.

But the Japanese slugger is unfazed by Tszyu, and made a bold prediction of his own.

“I will break him down and knock him out in the later rounds,” Inoue said.

“I will wear him down and put him under great pressure.”

Tszyu (19-0, 15KO) and Inoue (17-1, 10KO) came face-to-face for the first time on Thursday, and neither man flinched during a staredown in a ring at The Carriageworks in Redfern.

BELOW: WHERE, WHEN, HOW TO WATCH, BETTING FOR TSZYU-INOUE

“He’s got a small head,” Inoue said. “It may be harder for my punch to land.”

Tszyu identified a weakness in Inoue’s defence from the first video study he did once the bout was signed, and has practised the yet-to-be-revealed blow throughout his preparation.

“This one’s going to be lights out,” Tszyu said.

“I feel a certain shot coming, I’m going to open him up and, game over.

“I had a look, my coach had a look, we went through our game plan and straight away [we saw that punch].”

Much has been made of Inoue’s muscular physique but Tszyu has vowed that not only will be stronger on the night, he will enter the ring heavier than Inoue following their Tuesday weigh-in.

“It won’t go past six, simple.

“This will be strategic, I will outsmart him and when I see certain shots I’ll take him out.”

Tszyu is already the No.1 ranked WBO mandatory challenger for the super-welterweight (69.85kg) title held by Brian Castano.

Inoue is ranked No.7 by the WBO but would crush Tszyu’s dreams of fighting for the world title next if he wins.

If you can’t make it to Qudos Bank Arena, the fight will be broadcast on Main Event and Kayo’s pay-per-view at $59.95.

Tickets are on sale and can be purchased through Ticketek.