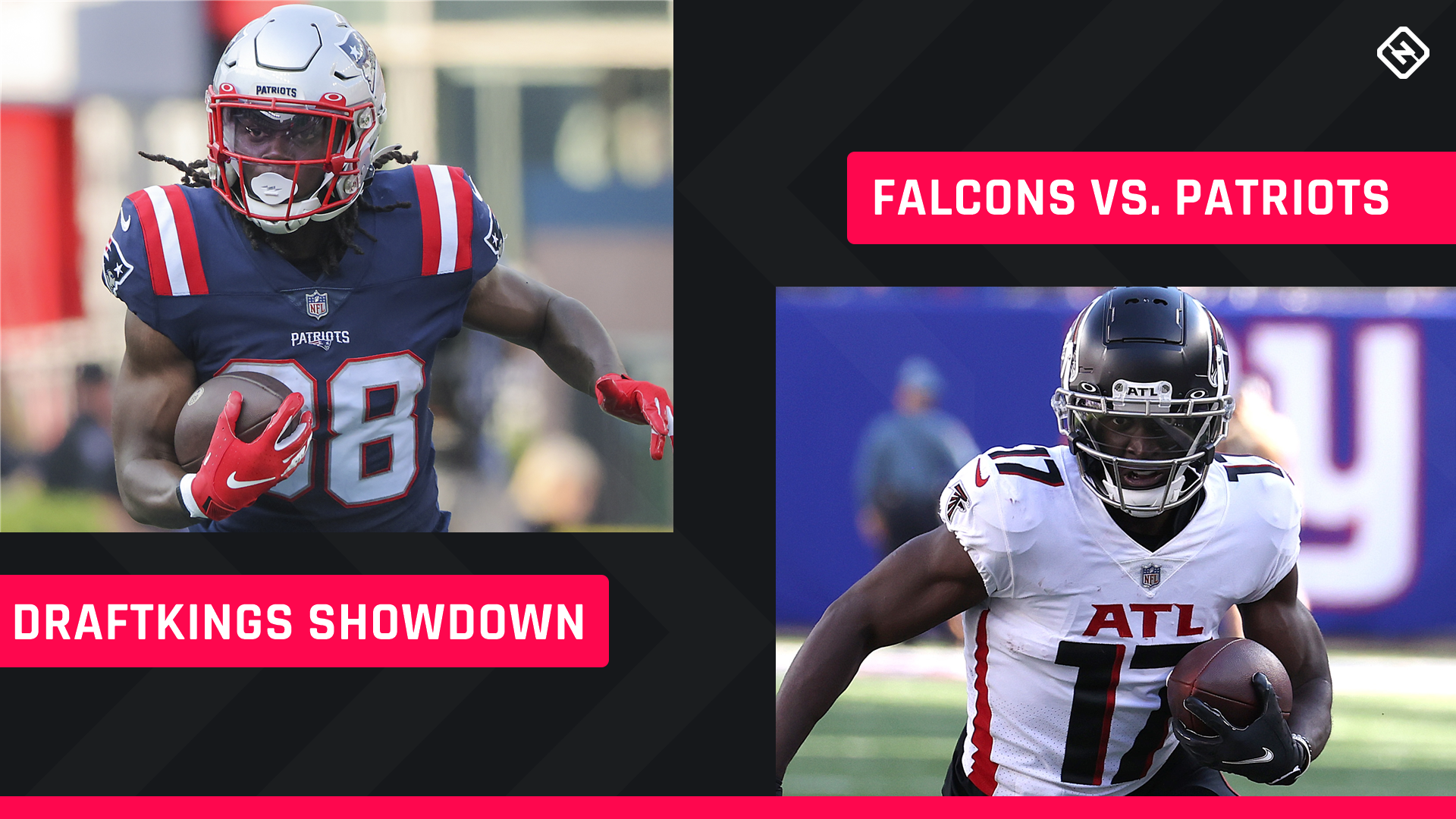 The Week 11 Thursday Night Football appetizer is a flavorless pairing of the Patriots and Falcons. We’re hoping to be surprised by a matchup that turns out to be more exciting in reality than it looks on paper. The Patriots opened as six-point road favorites with the total ranging as high as 48. You might be surprised that Kyle Pitts isn’t in our DraftKings Showdown lineup. He’ll be the most gifted and explosive offensive player on the field, but that’s exactly why Patriots head coach Bill Belichick will do everything in his power to remove him from the game (and winning DFS lineups).

Remember these important settings for DraftKings single-game contests: It’s full-point PPR, and there are three-point bonuses for 300 passing yards, 100 rushing yards, and 100 receiving yards. The Captain pick costs 1.5 times a player’s original price, but he also gets his point total multiplied by 1.5.

MORE DK SHOWDOWN: How to win a Showdown contest

Harris’ 144 touches lead the Patriots by a sizable margin. Even better, his seven touchdowns are tied for the team lead. The Falcons have been chewed up on the ground, and the Pats have no problem grinding through a team with their run game. This looks like a spot in which Harris will be able to turn in a strong performance.

It won’t be a shock to see the Patriots generate enough work in the run game to support a pair of backs. Stevenson has played well when he hasn’t been banished to the bench, and logic suggests Stevenson earned the opportunity to complement Harris in the backfield. The Patriots don’t provide him a lot of volume in the passing game (13 targets), but he’s been efficient with his opportunities (11 receptions, 10.1 YPC).

Bourne’s 43 targets rank third on the team, but he’s been the most efficient with a 76.7-percent catch rate and 15.8 yards per catch. His three touchdowns also lead all wide receivers. Considering the Falcons’ poor run defense, the Patriots will likely be able to sustain long, methodical drives. However, when they do pass, we want to try to capture the pass-catchers most likely to deliver a big play.

Henry is in the midst of a touchdown binge, scoring seven times over his past seven games. He’s not likely to command a high target total, but if he’s going to be a primary option in the red zone, he may not need a ton of catches to make a profitable impact in this lineup.

If you put your faith in Davis in season-long leagues, you may not be very receptive to his inclusion in this lineup. That’s perfectly understandable, but with Cordarrelle Patterson (ankle) dinged up and Kyle Pitts likely headed into witness protection, Davis will need to serve as a centerpiece of the offense. He’ll be the Falcons’ active touch-leader heading into this matchup.

Zaccheaus is fifth on the team in targets, but he could easily emerge as the primary receiver on Thursday. The conventional expectation is that Bill Belichick will make it his priority to remove Pitts from the Falcons’ game-plan. That’s 19.6 percent of the targets that will be held hostage by the Patriots defense. Zaccheaus is second on the team with three touchdowns and is averaging a solid 12.9 yards per catch.