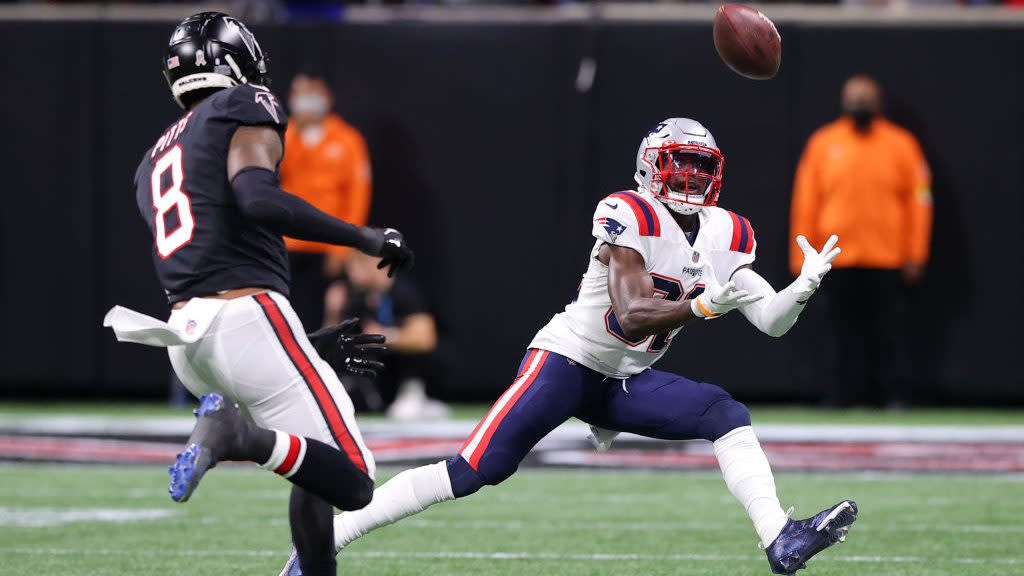 The Atlanta Falcons were intercepted four times in the fourth quarter of Thursday night’s 25-0 loss to the New England Patriots.

All three quarterbacks in uniform for the Falcons contributed to the cause as well. Matt Ryan was intercepted twice, once by Devin McCourty and once by J.C. Jackson. Ryan was then replaced at quarterback by Josh Rosen, who promptly was intercepted by Kyle Van Noy for a 35-yard touchdown. Rosen then took a seat as Feleipe Franks came in and had his one pass attempt picked off by Adrian Phillips.

According to Josh Dubow of the Associated Press, it’s the first time in over 20 years that a team had three separate quarterbacks throw interceptions in the same game.

The last time such a game happened was for the San Diego Chargers in 2000. Moses Moreno started the game and was intercepted twice in 21 attempts.

Ryan Leaf replaced Moreno in the third quarter and was intercepted once before Jim Harbaugh came in for the closing stages of the game and was also intercepted. Brian Walker picked off Moreno and Leaf with Sam Madison also getting a pick off Moreno and Patrick Surtain picking off Harbaugh.

The Houston Texans are responsible for a slightly more recent game that featured three separate offensive players picked off.

Matt Schaub, Rex Grossman and running back Chris Brown all tossed interceptions in a 2009 game against the Jacksonville Jaguars.

Schaub was injured on a sack on the first offensive play of the game for Houston with Grossman replacing him. Grossman was intercepted by Anthony Smith on his second pass attempt of the game.

Schaub would step back in during the second quarter and he would be picked off by Justin Durant. Brown was then intercepted on a halfback pass attempted midway through the fourth quarter by Gerald Alexander.

The stunning part of the Falcons feat on Thursday night was that the interceptions came on four consecutive possessions. Atlanta has now gone two straight games without scoring a touchdown. The fact many teams don’t have more than two quarterbacks active for games anymore make the chances of such a game occurring even more rare.