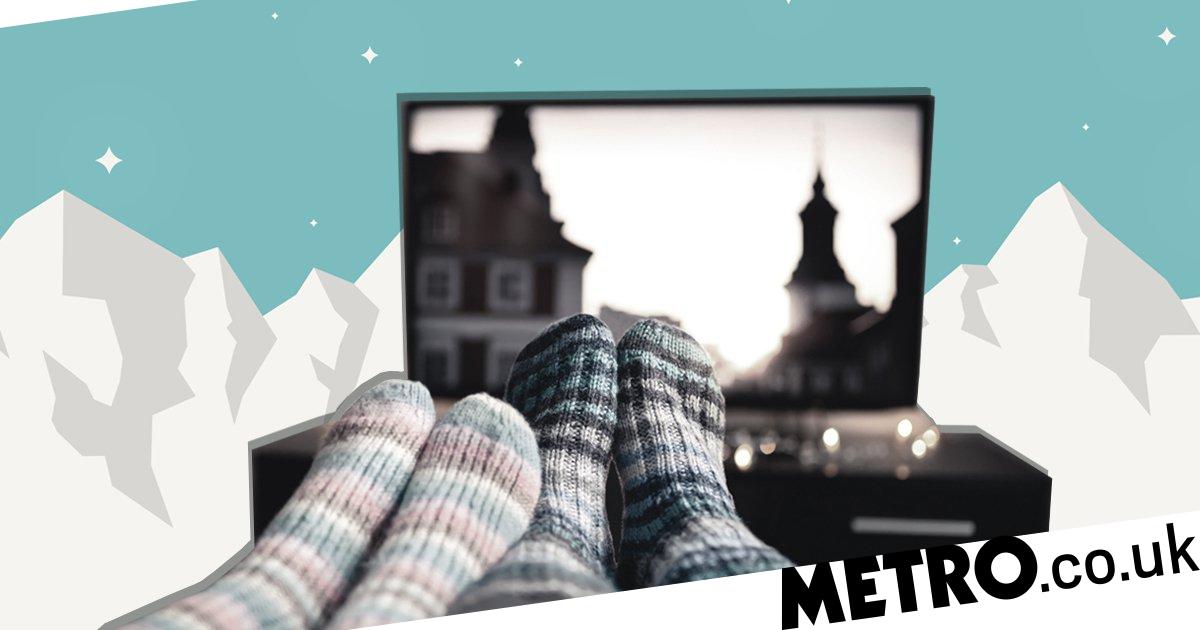 ‘Cuffing season’ is the term applied to the colder, winter months, when everyone wants to be in a relationship so they can cuddle with their parters by the fire while it snows outside.

Of course, this is the UK, so we’re not likely to have snow until March and the majority of us live in house shares without fireplaces – but it’s the thought that counts.

It’s the perfect time of year for wearing cosy socks, drinking hot chocolates or mulled wines, and strolling hand-in-hand through Winter Wonderland, something that only really works if you’re in a relationship.

So, what are the singletons meant to do? Well, they find a fellow singleton to tie themselves down with for the season, with the relationship coming to an end just in time for a hot girl summer (if you’re so inclined).

As Metro.co.uk writer Evelyn Richards wrote in her explainer on cuffing season, there’s a timeline to this festive mating dance: ‘October is the time for “tryouts”, as you assess your roster of contenders for an autumn-winter mate to cuff yourself to.’

‘You then select your Christmas commitment in November, hunker down from December through to February, and break it off in March.’

We see it happen around us year on year, but why? Is there a reason behind our unending desire to be cuffed? What is the psychology behind wanting a warm body for those cold, cold nights?

A study by Lovehoney revealed that at least 76% of Brits admittedly want to be cuffed this winter. It also found that, from August to September, internet searches for ‘cuffing season’ by over 400%.

Psychologist Lilly Sabir told Lovehoney that there is a social pressure to be in a relationship for the holidays, citing the weather outside as another reason why people want to cuff up.

Sabir said: ‘The lack of sunlight, colder temperatures – and the tendency to hibernate – can lead us to want more human contact, as we are not outside triggering our Vitamin D levels which can lead to a dip in our moods.’

As the weather improves in the spring and summer months, the desire for a partner decreases.

We asked psychologist Dr Kalanit Ben-Ari about her thoughts on the season. She says that many single people yearn for an emotional, social, and physical connection during the winter for a number of reasons.

‘In winter, people tend to produce less serotonin – a chemical released by your brain to make you happier – due to lower levels of sunlight exposure,’ she says.

‘People feel the “winter blues” and try to compensate for it by actively seeking out a relationship.’

Additionally, testosterone production tends to peak around October and November, offering a biological reason why those with testosterone might like to couple up.

Additionally, social stigma and pressure of being in a relationship is definitely a key factor, Dr Ben-Ari confirms.

She says: ‘The Christmas period, followed by New Year and then Valentines day, all emphasise family and relationship connections. This can bring a great deal of loneliness to singles.’

‘Christmas parties and family gatherings may create anxiety for singles over showing up alone or being the only person there without a partner, which then leads to relationship-seeking behaviours.’

Take the film Holidate, which came out on Netflix last year. The entire premise centres on a girl (Emma Roberts) who is constantly pestered to bring a boyfriend to her family’s holiday parties. Fed up with it, she makes a deal with a friend that they’ll be each other’s dates for the holidays in order to get people off their back.

This is very common for cuffing season.

Research for dating app Badoo shows that 52% of singles feel pressure to date during cuffing season, but only 30% are actually looking to ‘settle down’ for the long term – nearly all of them say that this pressure comes from friends or family, as the people around them are often in relationships.

The majority say that their main romantic intention in the winter is to ‘date casually and have fun’.

‘Scrolling through social media looking at festive, happy photos of couples can be challenging for singles, especially if they would prefer to be in a relationship. It is not about jealousy, it is about longing.’

Badoo’s research also shows that 45% of the singles studied would settle for somebody they are not 100% sure of or someone they could not see any future with just because of cuffing season.

Then, from the urgency of cuffing season comes a spring awakening a few months later, when those in a relationship of convenience realise they’re not right for each other – and inevitably break up.

Dr Ben-Ari doesn’t believe this is a universal experience, as some people do establish long-term, loving relationships during cuffing season – even if they didn’t mean to.

Being single while everyone else is ‘cuffed’ can be hard, but Dr Ben-Ari advises us to focus more on ourselves than on others.

She says: ‘Take some time to focus on yourself, perhaps spending less time on social media and more time to reflect, write in a journal, and connect with yourself and others (such as friends).

‘Make a list of things that bring you joy, that energise you or bring you peace – and that you can make a conscious effort to do during the winter period.

‘Planning time to connect socially each day can support your wellbeing and lift your mood, especially when it may be low during the winter period.’

Dr Ben-Ari adds: ‘Love is all around us, not only in romantic relationships. Open your heart to all the goodness in your life. You are enough, and you have enough.’


MORE : What is cuffing season?


MORE : 10 warning signs that someone only wants to be with you for cuffing season


MORE : Dating expert explains how to find a partner in time for cuffing season

Rush Hour Crush – love (well, lust) is all around us

Tell us about your Rush Hour Crush by submitting them here, and you could see your message published on the site.