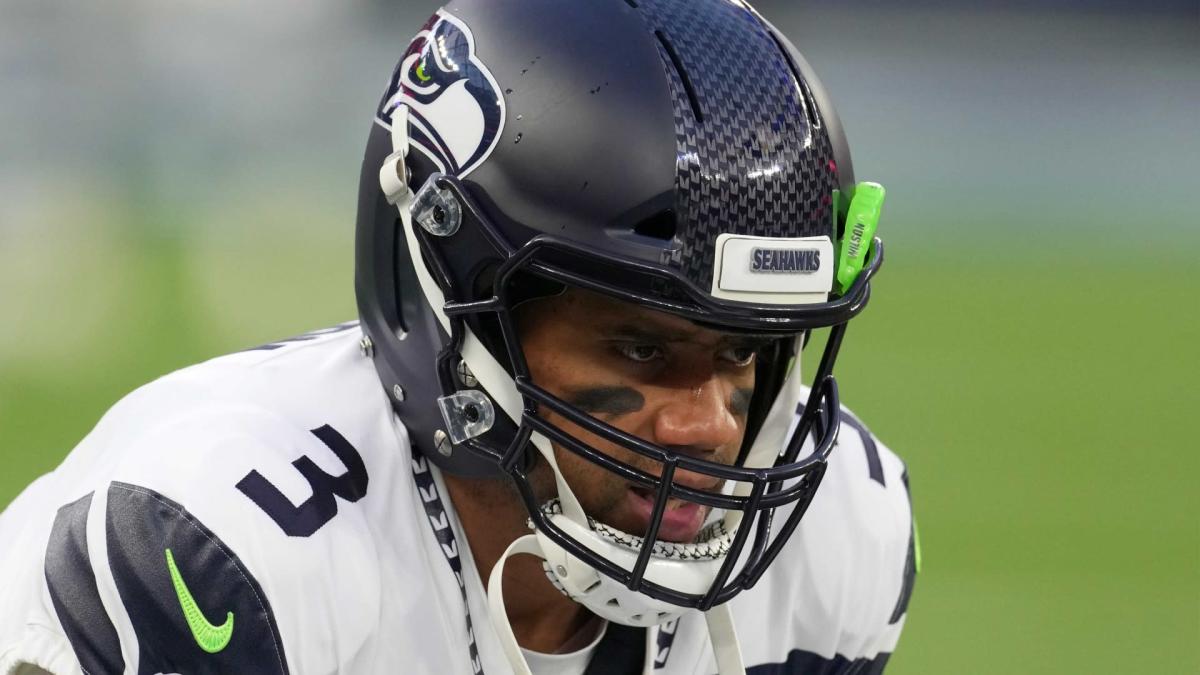 We humans are taught from a young age that as long as we try our best, we should feel OK about the result of whatever we’re trying our best in. The conclusion of that process — win or loss, sale or no sale, a grade of A-plus or C-minus — is acceptable as long as the effort preceding it was evident.

Based on that way of thinking, the Commanders should be commended for the reported “strong” offer they sent the Seahawks last week for Russell Wilson. While at the NFL Combine, Ron Rivera repeatedly expressed how much Washington wants a legitimate quarterback, and it’s encouraging that he’s following up those words with actions.

And that’s one way to look at this piece of news.

There’s another, and much less upbeat, kind of response one can have to the Commanders’ push for Wilson, and it can basically be trimmed down to two words: “So what?”

Washington attempted to convince Seattle to part ways with their proficient passer. So what? That attempt is an indication that Rivera is in fact invested in procuring the services of a top-tier signal-caller. So what?

Those two statements, from an elemental perspective, are rather useless, because the Commanders didn’t acquire Wilson and still find themselves with the same quarterback room they had to end the 2021 season.

So, which approach should fans of Rivera’s club take when reacting to this overall development? The pat-Washington-on-the-back-for-merely-calling-Seattle-up approach, or the, “So what?” approach?

Of course, there’s additional context to sift through with the Wilson situation. The Seahawks were rather adamant at the Combine that they aren’t interested in getting rid of the Seattle legend, and Wilson himself has a no-trade clause that would give him the power to approve or veto any deals that the organization constructed.

Considering those important factors, it’s absolutely understandable that the Commanders were turned down by their comrades in the NFC West. Successful trades in the NFL are two-sided affairs, and in this scenario, only one side showed up. Rivera can only do so much.

In general, however, hearing of Washington’s “strong” proposal — a description that’s nebulous and can only be verified if/when the details of the proposal are revealed — is frustrating. Very frustrating, actually.

When meeting with reporters last Tuesday in Indianapolis, Rivera sounded like a decision-maker who was primed to get aggressive.

“Does anybody really care what was traded for Matthew Stafford last year?” he asked the media around him during one press conference. “Nope.”

The Stafford blockbuster, which Rivera mentioned on multiple occasions and which Washington missed out on, seemed to have left a real impression on the coach. He — like countless others around the league — admires the Rams for doggedly pursuing Stafford and then converting that swap into a Super Bowl, and that climb has apparently made him increasingly open to “that type of commitment” at quarterback.

But then, in his first major foray into this year’s market, Rivera and the Commanders were once more brushed aside. The change in attitude and uptick in desperation has, so far, produced… well, nothing.

Again, perhaps a Wilson acquisition was always going to be a dead-end street for Washington. Also, there are other veterans to chase as well as rookie prospects to evaluate, meaning the Commanders still have time to achieve their wish of upgrading under center. After learning that landing Wilson isn’t possible, the team can concentrate on the rest of its list of names.

Should the next couple of months come and go with more whiffs, though, the Commanders’ reality will be equally dark and difficult to accept. Trying hard and tangibly delivering are two different matters in football, and Washington currently remains stuck in the first one. To make that leap, Rivera might need to make his “strong” offers even stronger.