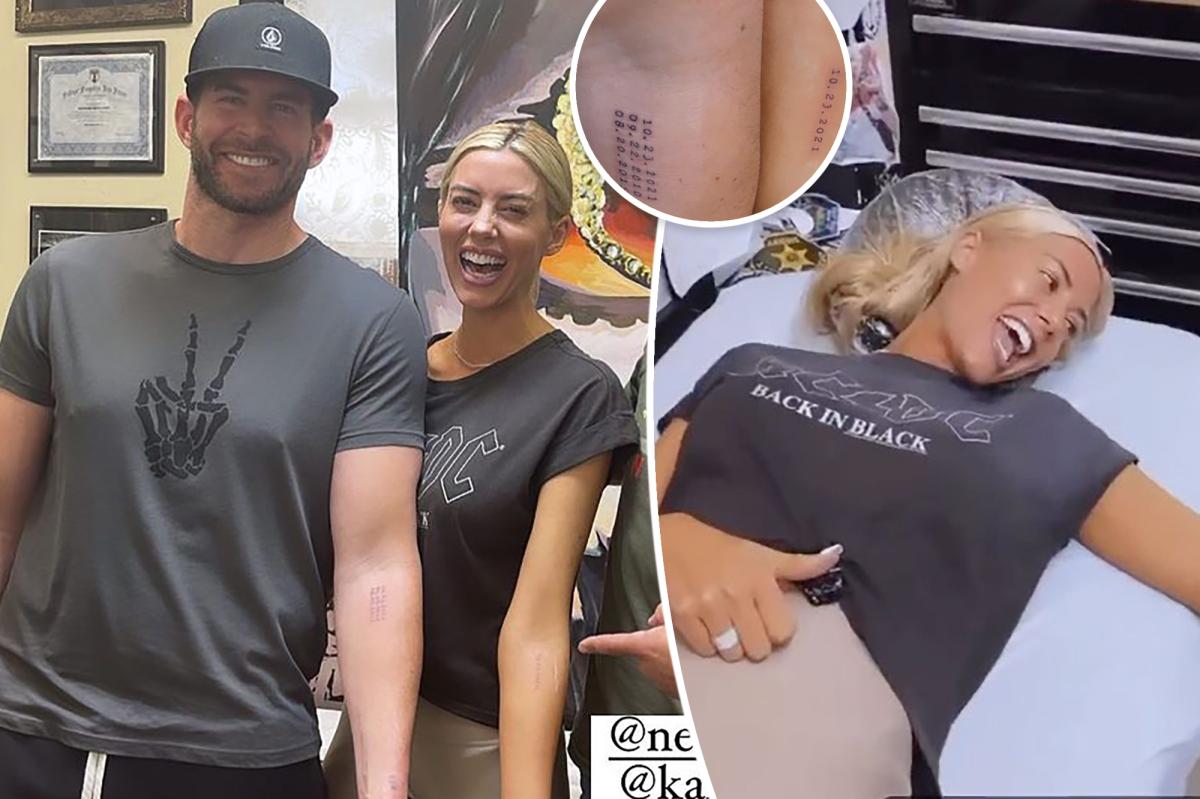 Tarek El Moussa and Heather Rae Young are celebrating their marriage with everlasting ink, six months after tying the knot.

The HGTV and “Selling Sunset” stars headed to the tattoo store for matching designs on Sunday.

“I only have one tattoo. It’s on my back and it’s so bad I swore I would never get another one but of course, I’m in love with Heather so I have to get our wedding date,” El Moussa stated in an Instagram Story.

“A tattoo is forever … so is a marriage,” Young quipped.

The duo went to Newport Tattoo Costa Mesa for his or her matching ink, which included just a few extra additions than the couple first supposed.

Both had their marriage ceremony date, “10.23.2021,” tattooed on their internal forearms, together with one another’s initials — “TEM” for Young and “HEM” for El Moussa — close to their wrists.

The “Flipping Out” star additionally added the birthdays of his youngsters Taylor, 11, and Brayden, 6 — whom he shares with ex-wife Christina Haack — beneath his marriage ceremony date, declaring that he and Young had been saving room so as to add the beginning dates of their future youngsters collectively.

This isn’t Young’s first tattoo devoted to her husband; for Valentine’s Day forward of their marriage ceremony, she inked “Yes Sir, Mr. El Moussa” simply above her butt as a “special” shock for her then-fiancé.

After the truth star’s ink went viral, she defended the design (after deleting the pic from social media), saying, “I will be Mrs. El Moussa, so this is my name. And it’s a special thing that we do around the house: Daddy is the boss, I’m the queen of the house. We do it with the kids … It’s something cute we do around the house.”

“I thought it was the best gift I ever got,” El Moussa stated when requested what he considered the tattoo. “I think it’s special. For someone to put a tattoo of our family last name, it’s a big deal.”