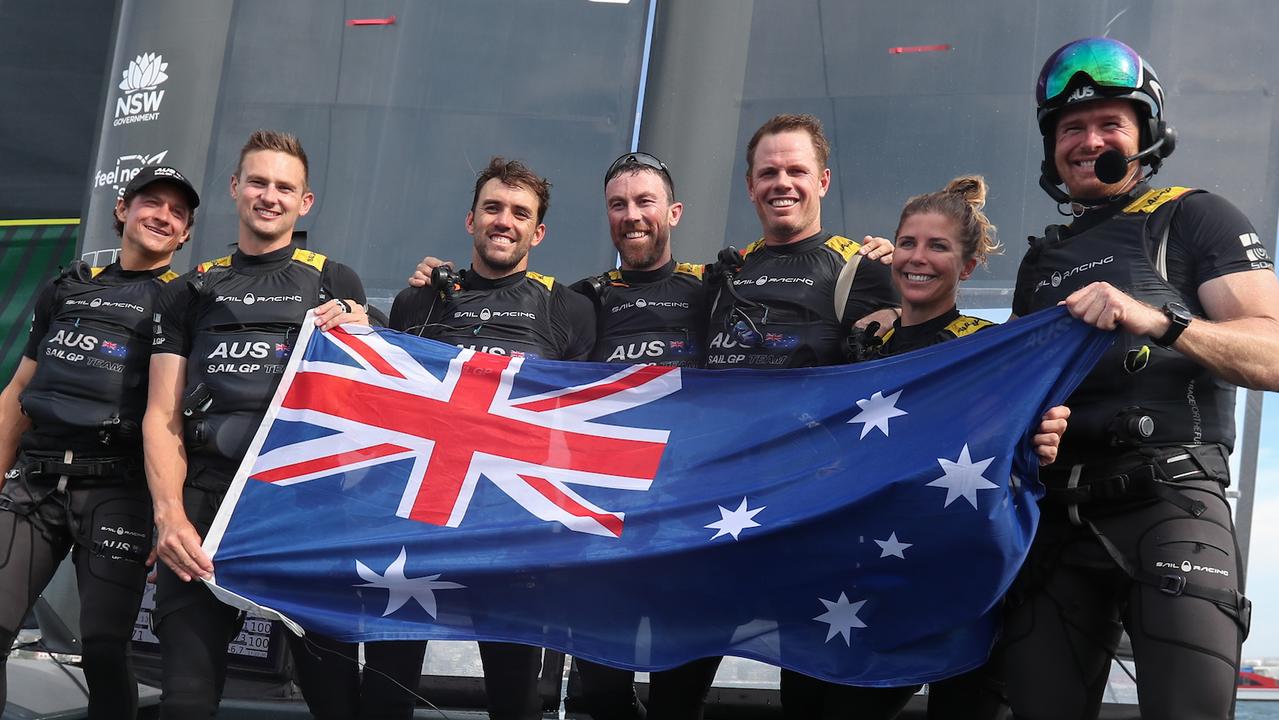 Australia has claimed victory in the Sydney SailGP and now has the chance to win $1million in prize money at next year’s Grand Final.

The Aussie SailGP team has won the Sydney SailGP and is through to next year’s season-ending Grand Final in San Francisco, where they will battle it out with two other boats for $1 million (USD) in prize money.

Contested by eight teams across Friday and Saturday, the Sydney SailGP was fraught with drama.

Kayo is your ticket to the best local and international sport streaming Live & On-Demand. New to Kayo? Start Your Free Trial >

The British boat was disqualified from Saturday’s races after colliding with Japan in a blunder that Japan’s skipper Nathan Outteridge deemed “reckless” and “extremely disappointing”.

Skippered by Olympic gold medallist Tom Slingsby, the Australian boat had a turbulent first day on the water.

Australia finished third and seventh in the first two races of the day, before claiming victory in the third to trail only Spain on the leaderboard heading into Saturday.

The Aussies were locked in an arm-wrestle with the USA early in Saturday’s final race, but eventually opened up a comfortable lead to claim victory in both the race and the event.

“I’m so proud of the people around me,” Slingsby said afterwards.

“What they did today was tough, we made it hard for ourselves at times, but the way we bounced back was unbelievable.”

The Americans will join Australia in next year’s Grand Final on March 27, with Japan all but certain to clinch the third spot, pending the results of preliminary races to be contested in March ahead of the Grand Final race.

Slingsby said Australia’s rivals would be out for revenge in the most important race of the season.

“But none of that will matter when we hit San Francisco, it’s all going to be who performs in San Francisco.”