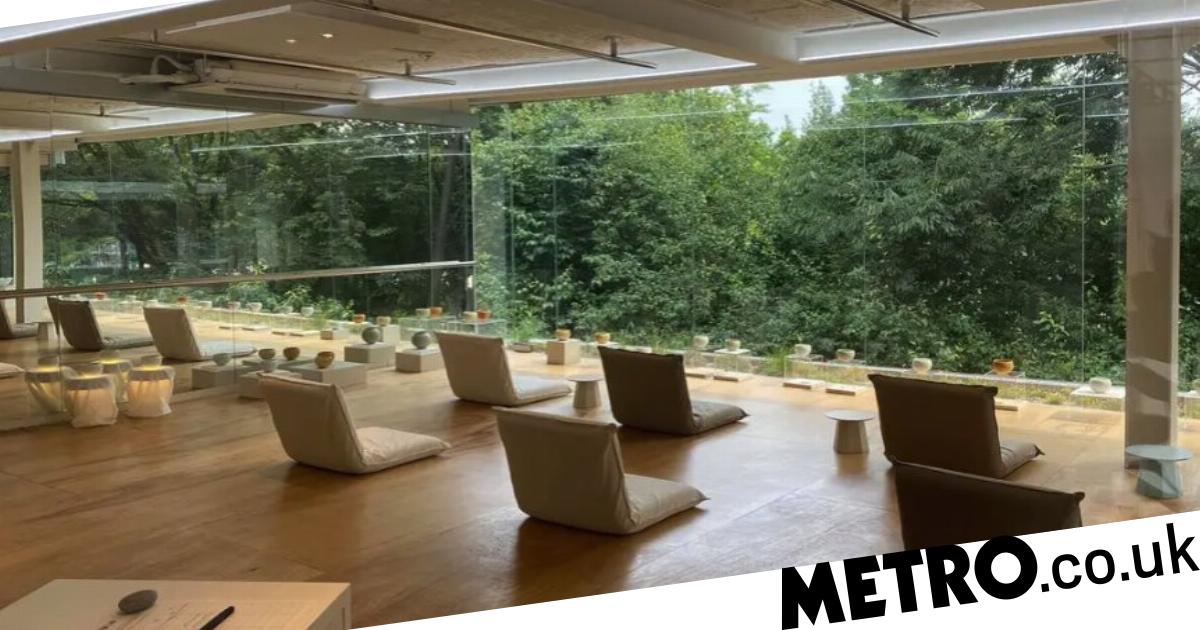 Some people in South Korea are very stresse,d and their only solution is to pay for indoor spaces where there’s nothing but a comfy chair and gorgeous views of nature.

First reported in The Washington Post, one such place is called The Green Lab, a café near the Seoul Forest, which allows customers to book specific time slots in the cafe’s space to ‘chill out’.

Customers have to put their phones on silent and they must not speak while inside the room.

An employee of Green Lab, Bae Hyun, told The Post: ‘It’s so hard to find spaces in Korean society where it’s acceptable to do absolutely nothing. People seem to be finding more interest in this, though I think it will take some more time for it to be widely popular.’

South Korea has a fast-paced lifestyle, with mounting debt and a housing crisis that is affecting many young people. A recent survey by The Korea Herald found that 70% said they felt stressed.

These designated chill spaces are specifically for those who need some peace and quiet away from the hustle and bustle of city living, or just life in general, which can be extremely loud and bothersome for us all.

Cafés of this kind have also popped up on Jeju Island and Ganghwa Island, both outside of Seoul, where people can unwind, relax, and most importantly, get some alone time.

Manager of Mung Hit, the café based on Ganghwa Island, told The Post: ‘It’s a place where people can heal themselves. It’s something only you can do for yourself, not something someone else can do for you, and we wanted to facilitate that for everyone exhausted by the demands of modern life.’

The pressure of being a fully-functioning adult can really get to us, and though many encourage going for walks or visiting a forest as a way to decompress, the South Koreans are ensuring that weather won’t get in the way of relaxation.

As well as cafes to sit and do nothing, movie theatres are showing films that are peaceful and non-stimulating. For instance, there is ‘Flight’, a film showing a simulation of a 40-minute plane ride, while ‘Fire Mung’ is a 31-minute video of a crackling fire.

You can also read or write poetry or meditate in these cafes, but if you truly want to do nothing, staring out at the trees is the best way. Many of them don’t want to sit at home, because home is where the housework and cooking and TV and social media scrolling takes over.

Many of us in London will likely relate to this feeling and will require places like this too – can we get a Green Lab franchise?


MORE : How to sauna like the Finnish – keep quiet, drink vodka – and no, you don’t need a swimsuit


MORE : Try these simple meditation techniques to help you relax