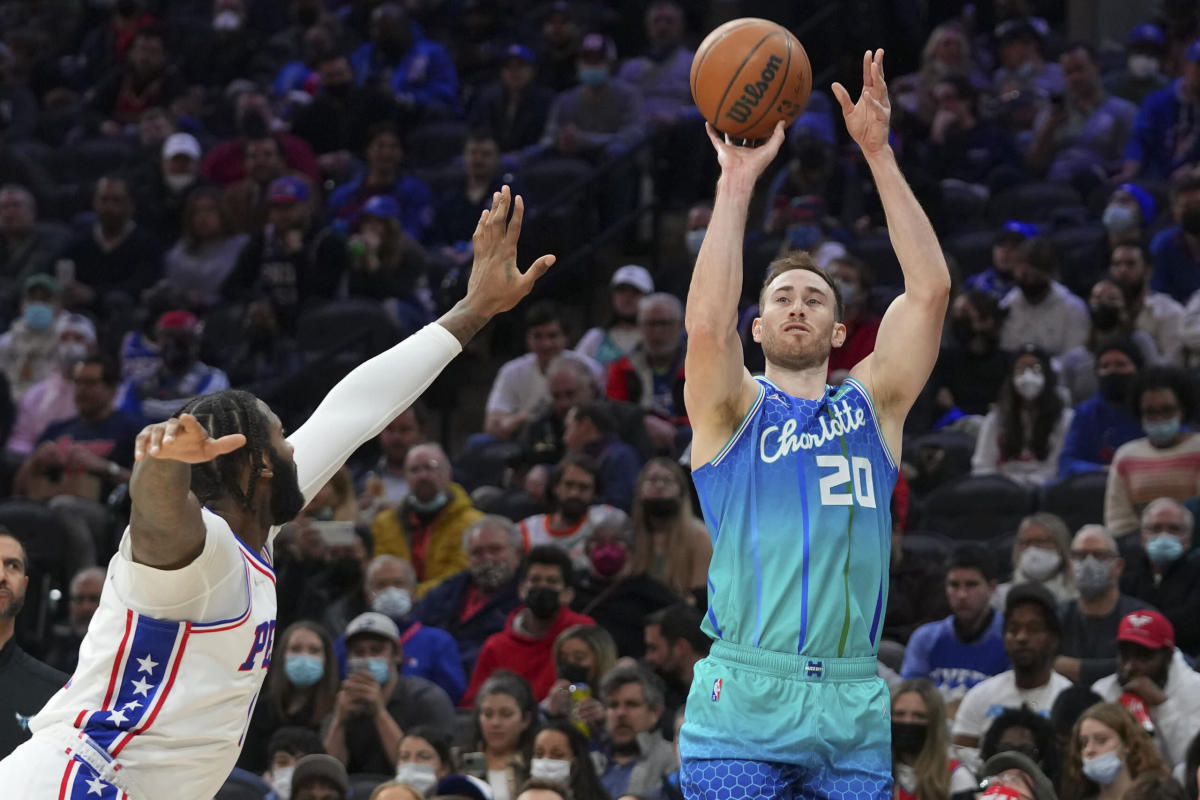 The Philadelphia 76ers knew the challenge they would be facing on Wednesday night would be tough. They had already beaten the Charlotte Hornets twice back in early December, but the Hornets were also severely shorthanded due to the health and safety protocols.

With their full complement of players back in the fold, they were able to knock off the Sixers 109-98 in Philadelphia. It ends a 16-game losing streak against the Sixers for Charlotte.

A big reason for the defeat was the high number of turnovers the Sixers committed, but the Hornets were led by Gordon Hayward who had a big game scoring 30 points on 13-for-16 shooting, a perfect 4-for-4 from deep, and he had seven assists.

“Pump fakes,” said coach Doc Rivers. “I don’t know how many more pump fakes, eight maybe, where he got guys up in the air. It’s not like it wasn’t on the film, but he kept doing it, we kept doing it. A lot of them were close-outs, but you still close-out and stay down and get into the body. We were closing out, running at him in the air, and we knew that was coming, but a lot of his were on ball swings.”

Hayward is a proven veteran who has been in the league now for 12 seasons. He entered the night averaging 17.0 points so it’s not like he isn’t a guy who is known for his scoring. The Sixers just weren’t ready for it.

“On some of our close-outs, we flew by him,” said Tyrese Maxey. “Coach Dan Burke kept telling us to stop flying by him. We gotta run them off the line, of course, but just stay down, make them make a shot over you, we gave a lot of easy, easy rhythm shots and any good pro, once you get rhythm shots and you get into a rhythm, you start feeling good and you start making tough shots then after that.”

The Hornets thrived on Wednesday by getting into the paint and kicking it out to open shooters. When it came to Hayward, as soon as the ball came to him, he was ready to shoot and the Sixers would come flying at him. He would then use his savviness to get what he wanted.

“They were all just playing freely out there,” added Joel Embiid. “There was no resistance. We didn’t guard our own man, it created a lot of rotations, and they got shooters all over the place. If you can’t guard your own man, and we play against guys who can all shoot the ball, it’s gonna be harder to beat them.”

With the Hornets getting into the paint so much, that is what bothered Rivers the most. LaMelo Ball, Terry Rozier, and the rest of the team were able to do what they want all night long.

Sixers upset with slow start, number of turnovers in loss to Hornets