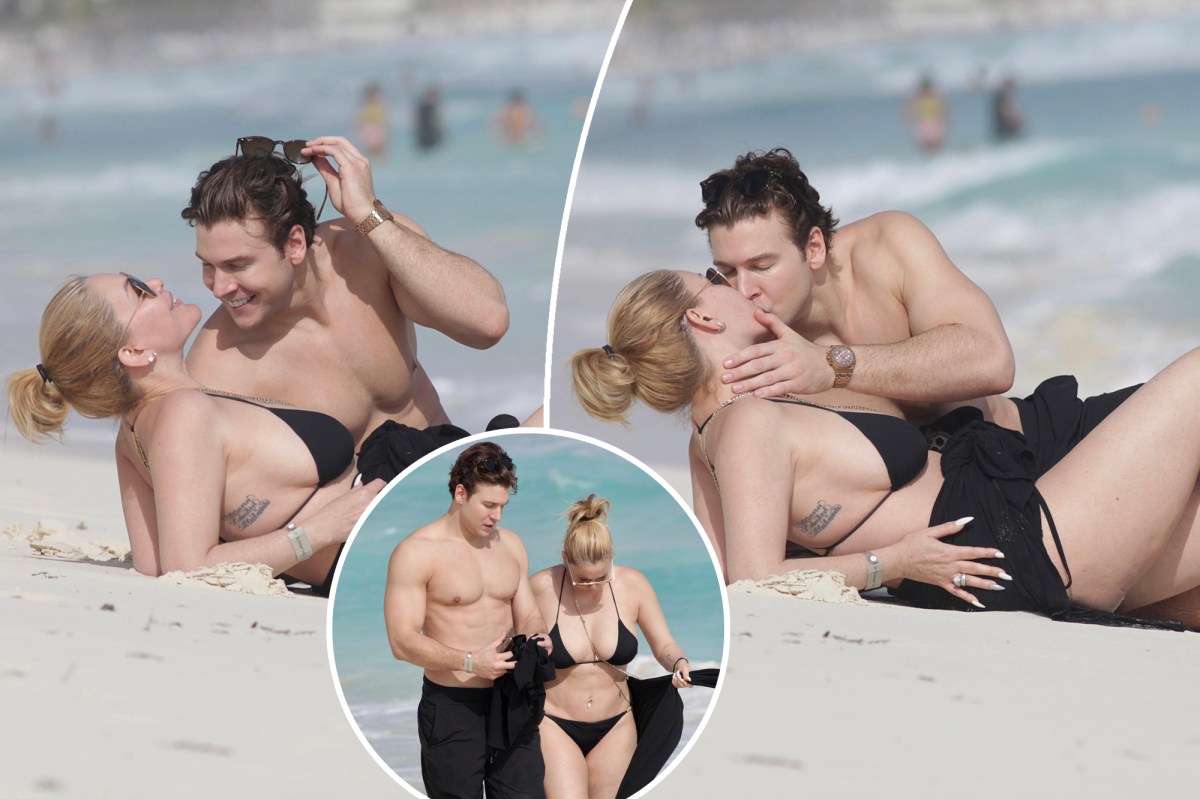 Shanna Moakler is taking a page from the Travis Barker and Kourtney Kardashian PDA handbook.

Clad in a bikini, the former Playboy model and Matthew Rondeau were photographed putting a passionate display on the beach in Mexico, where they lay in the sand kissing and holding each other in a warm embrace.

The couple, who are on vacation in Cancún, also went for a stroll along the shoreline when they weren’t busy packing on the PDA.

Page Six broke the news in October that the on-again, off-again duo were officially back together after Rondeau, 29, had publicly shaded 46-year-old Moakler.

“I admit…at the time.. things were very difficult especially in our personal lives, which made things hard to focus on one another,” Rondeau wrote in a Notes app message to us, referring to the July interview he gave in which he said he was “happier” than ever without Moakler.

“However, Shanna and I have truly found what we needed more of and what was missing just to focus on the fun in life with one another and not letting anyone or anything take that away from us.”

Rondeau didn’t specify what issues he and Moakler struggled through, though it likely had to do with her ongoing estrangement with her kids she shares with Barker, 18-year-old Landon and 15-year-old Alabama. Moakler hasn’t spoken with her two kids since Barker began dating the Poosh founder in January.

“I want them all to have a great relationship. I don’t have animosity toward them. I’m not jealous of them,” Moakler previously told Page Six of Barker and Kardashian’s relationship. “I wish them really truly nothing but the best. I just don’t want them interfering with my children and I’s relationships.”