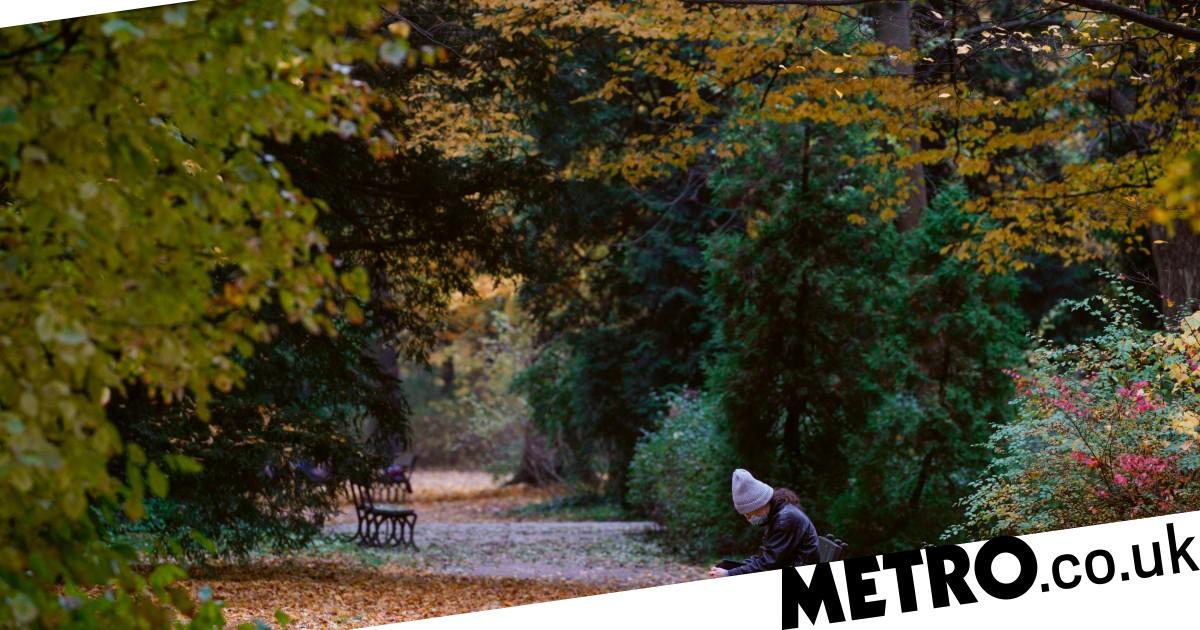 The clocks turned back two weeks ago, leaving us have to deal with the day getting darker as early as 4pm. This can be a bummer – especially if we’re stuck at work and having to commute home in the pitch black.

Although this winter slump is common, there is another more serious issue that can affect us in the darker, colder months: seasonal depression.

Known clinically as seasonal affective disorder (SAD), it’s a type of depression directly linked to the change in seasons, especially in the winter.

Similar to other depressive disorders, it can lead to a dip in your mood, difficulties with sleeping, feelings of hopelessness, losing enjoyment in your daily life, and generally feeling really down.

It can also ‘zap you of all your energy and motivation, and cause appetite changes,’ and ‘some people with SAD are frequently tearful, feel hopeless, or constantly guilty,’ according to psychotherapist Somia Zaman.

We’ve compiled a guide to the disorder, so you know everything you need to – and can combat it if necessary.

How is SAD different to depression?

The standout feature of SAD – when compared to depression – is that the symptoms tend to begin around autumn and winter months, then improve in the spring and summer when it gets brighter and we have more light during the day.

Who is most commonly affected by seasonal depression?

Anyone can be susceptible to SAD, but it is much more common in those who have previously experienced anxiety or depression as they ‘have a predisposition to developing SAD’ and can be more easily affected by the drastic change in seasons.

Zaman wants people to be aware that ‘SAD is very different to just feeling a bit low because it’s winter and it’s cold and dark and miserable,’ as ‘it is a clinical disorder that can affect people quite severely.’

How long does SAD last?

Different people experience seasonal depression differently, but for most it begins to show itself around late autumn, lasting until spring when things heat up again. This is known as winter-pattern SAD or winter depression.

Summer-pattern SAD or summer depression is when symptoms begin around spring and last through to autumn. This is less common.

Those with recurrent SAD tend to report their issues lasting for around four to five months a year. It’s worth noting, though, that tackling any sort of depression can reduce its impact, so this period could feel shorter based on your lifestyle and support network.

How to beat SAD

Of course, the easiest solution to SAD would be to move to a sunnier climate with longer daylight hours, but that’s not something many of us want to (or can) do.

So, we have to find ways of coping with SAD in our day-to-day lives in the UK, where dark, cold winters are a recurring theme.

Dr. Elena Touroni, consultant psychologist and co-founder of The Chelsea Psychology Clinic, offers some advice for how to combat the symptoms, saying that you must ‘get as much daylight exposure as possible’ by taking advantage of the hours where there is light outside. It’s cold so it may be ‘tempting to stay indoors, but lack of light is linked to low mood.’

She advises people to, ‘prioritise getting outside, even if it’s just for a half hour walk around your local park.’

Zaman agrees, saying: ‘As with every mood disorder, there are proven benefits to getting outdoors as much as you can.’

In addition to this, moving your body in small ways – such as going for a walk, hitting the gym, going for a swim, or even doing yoga in your living room – can be very beneficial.

‘The body also becomes better at managing the stress hormone, cortisol,’ which can be heightened during the winter months.

Beginning your day, even if it’s dark, with some mindful meditation is another technique, which Dr Touroni says can ‘help you get a better idea of what emotional state you’re in that day, so you can plan your day in a way that is sensitive to that.’

If you are someone who is prone to emotional instability and depression during non-winter months, you may also want to look into therapy, counselling, or medication to help you. According to Dr Touroni, speaking to someone about what’s going on can ‘challenge the negative thought patterns which can exacerbate symptoms and develop a tailor-made plan,’ that will help you before winter, and SAD, hits.

Zaman advocates a ‘Cognitive Behavioural Therapy (CBT) approach, which seeks to challenge your thought process about this time of year. It would explore whether negative thought patterns around winter, the cold, and darkness were making you feel worse, and if substituting some more positive thoughts could help your symptoms.’

He adds: ‘There is also evidence that low vitamin D levels can cause people’s moods to dip during the winter, so it’s worth getting that checked out by your GP.’

Some people use ‘light therapy’ as a way of combating SAD – you can purchase sun lamps that fill the room with light when your morning alarm rings so you won’t have to wake up in the dark. As both healthcare professionals have mentioned, though, getting outside is preferable where possible.

Regardless of whether we’ve been diagnosed with SAD, we should all make sure we are taking care of ourselves and managing our stress. Not only will this make your outlook less negative, but also combat the ill effects of seasonal depression if you’re experiencing symptoms.

If you are suffering from SAD, there are plenty of ways of minimising its effects, as suggested above.

The main thing is not to panic and do the best you can for your mental and physical wellbeing. The season will come to an end – hopefully alongside your low mood.

To chat about mental health in an open, non-judgmental space, join our Mentally Yours Facebook group.


MORE : Giving yourself a lie-in at the weekend could reduce your risk of depression, suggests study


MORE : The mental health lessons we took from lockdown