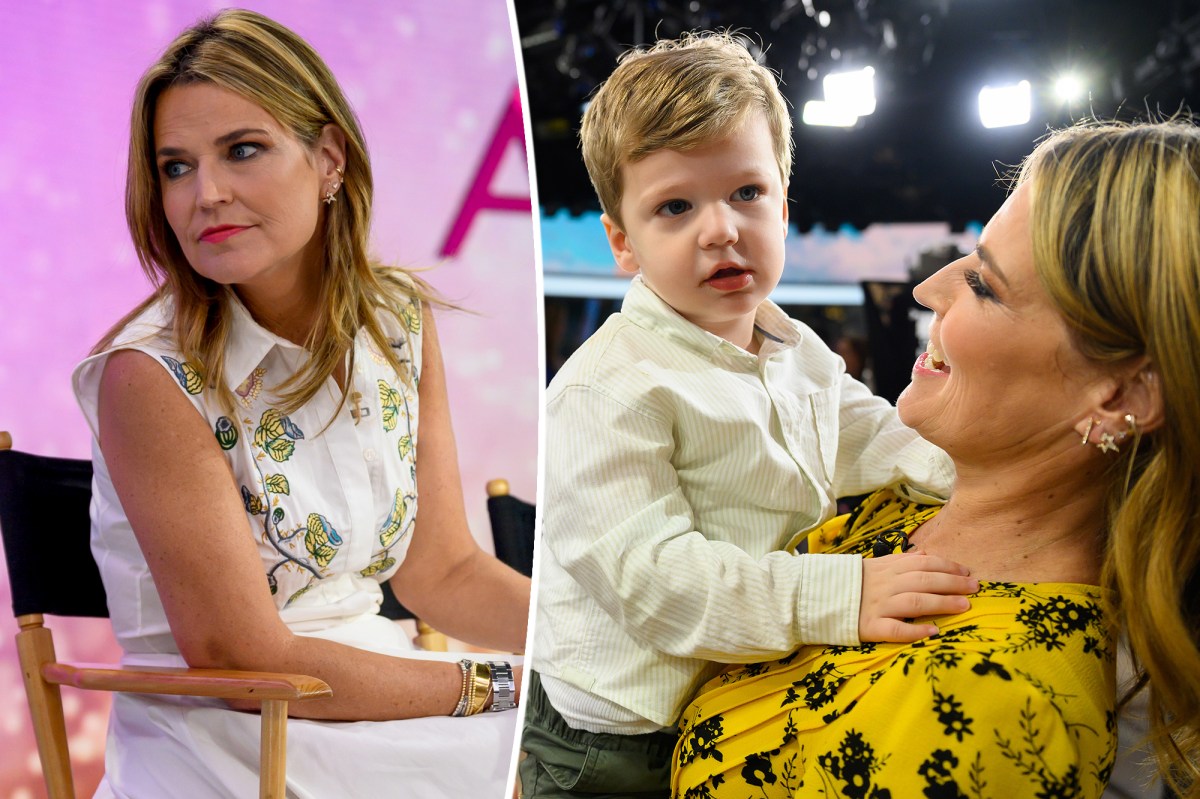 For Savannah Guthrie, the road to baby No. 2 was a bumpy one.

The “Today” co-host revealed she suffered a miscarriage and went through two rounds of in vitro fertilization before conceiving her and husband Michael Feldman’s son Charley.

“I stopped even letting myself hope or believe I could [get pregnant], because the years were getting on,” Guthrie, 50, told Good Housekeeping. “It wasn’t that I thought it was impossible; I just thought it wasn’t likely.”

Guthrie added that she didn’t want to get her “hopes” up, so she’d tell herself it’d all be OK even if didn’t happen.

“Maybe it’s not meant for me, and that’s OK because I’ve already been blessed so much in my life,” she recalled thinking.

“I’m not entitled to have a baby too. Looking back, that mindset was probably a self-defense mechanism.”

In addition to Charley, now 5, Guthrie and her husband are also parents to 7-year-old daughter Vale.

“I knew it was the winning lottery ticket to have one child. So I never dreamed that I would have two,” she told Health back in 2019, adding that “Vale was a miracle, and Charley was a medical miracle.”

Guthrie admitted at the time that the decision to endure the often grueling process of IVF was not an easy one, telling the outlet that she and Feldman “talked about it a lot” before ultimately choosing to proceed.

“I didn’t want to start a process where we spent all of our present searching after some future … when our present was so lovely and beautiful and enough,” she explained. “But I also knew I would love for Vale to have a sibling – especially because we are older, it was important to me for her to have a sibling, somebody to do life with.”

Guthrie joked that Charley was “like, the last egg out.”

“Going through what we did, it makes you realize that everything has to go just right to have a healthy baby,” she said at the time. “I really feel for so many women who are struggling and wishing and wondering, ‘When’s it gonna be my turn?’ I know. And I understand.”