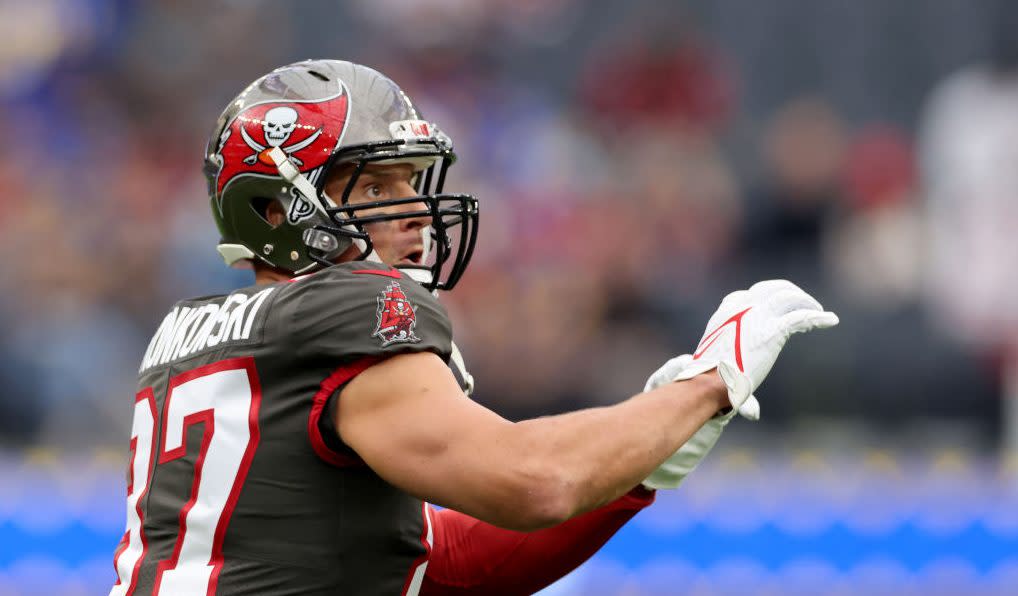 Gronkowski hasn’t played since Week 3 aside from six snaps in Week 8. He was questionable with a back injury but is not on the team’s inactive list.

Gronkowski has 16 catches for 184 yards and four touchdowns this season.

The Giants will have running backs Saquon Barkley and Devontae Booker, who are expected to split the load. Barkley missed the past four games after injuring his ankle against the Cowboys in Week 5.