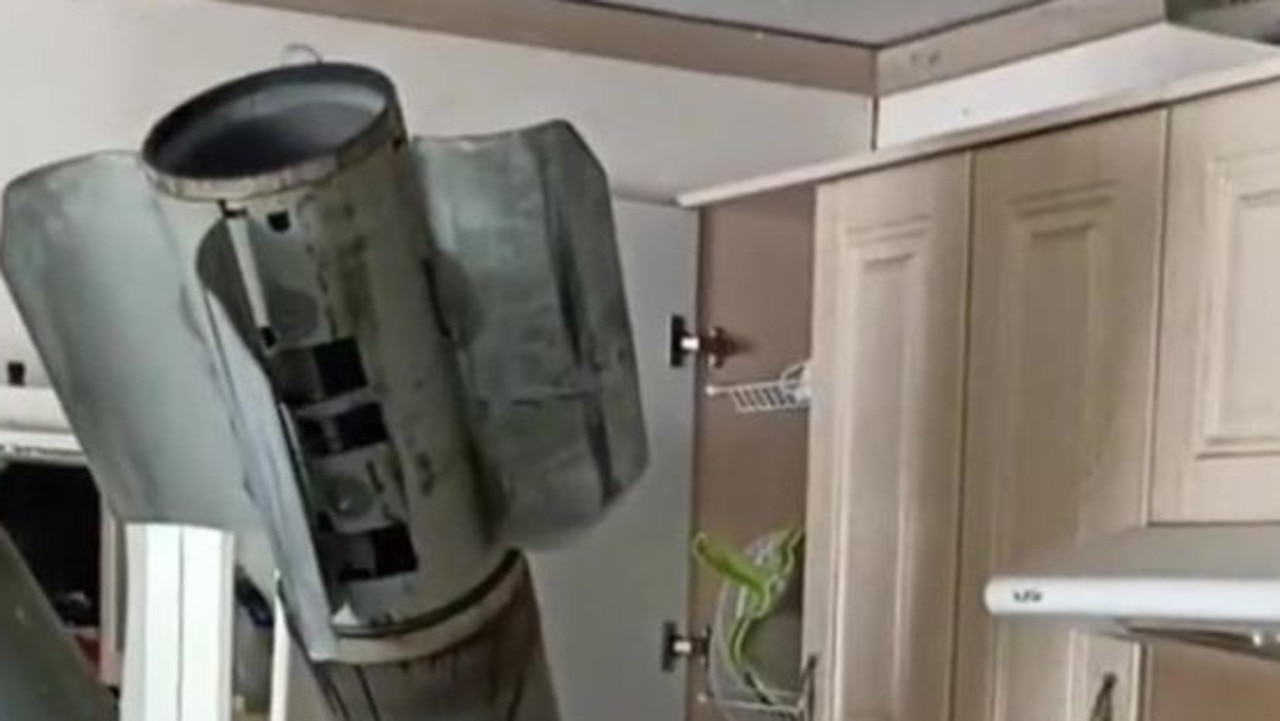 Russia may possess fearsome artillery but not all of it seems to be working, including one missile that failed to explode when it landed in a house.

An unexploded Russian missile was shockingly found lodged in the kitchen sink of a Ukrainian family’s home after smashing through the roof.

Footage shows the huge rocket wedged in the corner of the room after miraculously only causing damage to the ceiling and sink at a house in the besieged city of Kharkiv, reported The Sun.

The clip, shared on TikTok with almost three million views, shows someone walking into the house where the giant missile can be seen stuck in the unit.

Aside from a little debris on the floor where the missile smashed through the ceiling, there appears to be no other damage to the home as it, fortunately, failed to explode.

A further video shared appears to show members of a Ukrainian bomb disposal unit inspecting the rocket as one of them moves it with his hand.

Ukraine’s government previously shared a picture of the unexploded missile, tweeting: “Imagine, it was Sunday morning and you were sleeping with your kids,” as it called again for NATO to impose a no-fly zone over the country.

It comes as the eastern cities of Kharkiv, Sumy and Chernihiv continue to be hit hard by Russia’s tactic of pounding urban areas with artillery as its troops have done before in Syria and Chechnya.

Kharkiv Mayor Igor Terekhov said hundreds of buildings, many residential, had been destroyed.

“It is impossible to say that the worst days are behind us, we are constantly being bombed,” he said.

This story first appeared in The Sun as is reproduced with permission.