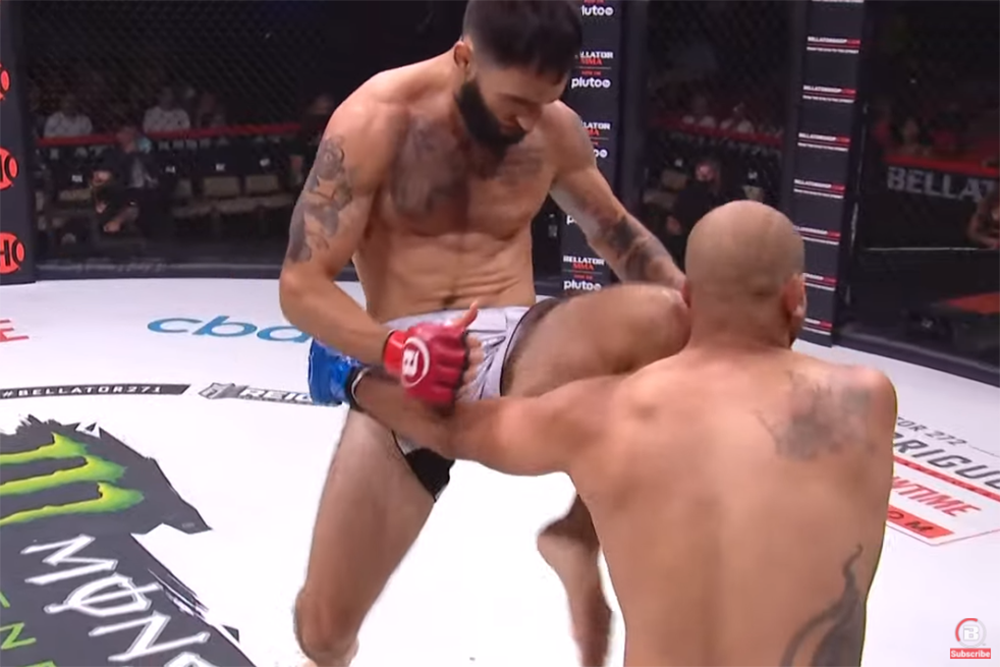 Lightning might not strike twice, but Roman Faraldo’s flying knees do.

For the second time in his short promotional tenure, Faraldo won by flying knee Friday when he knocked out Robert Turnquest at 1:17 of Round 1.

The finishing sequence began with a jab. It might not have looked like much initially, but the blow clearly stunned Turnquest (5-0 MMA, 2-0 BMMA), who stumbled backward, hurt. Faraldo (11-8 MMA, 0-1 BMMA) smelled blood in the water. He put his hands down, pointed at his foe, who was backpedaling, and leaped across the cage.

In the air, Faraldo switched knees. The knee moving from back to front clocked Turnquest upside the head leading to a “Knockout of the Year” candidate. Upon impact, Turnquest crashed into the base of the cage where the fence and canvas meet. No follow up shots were thrown – and none were needed. Turnquest was stiff and out cold.

With the win, Faraldo stays undefeated as a professional. Training at American Top Team in Coconut Creek, Fla., Faraldo is a training partner and friend of former UFC welterweight title challenger Jorge Masvidal.

All six of Faraldo’s pro fights have ended with him victorious by knockout, including a flying knee knockout of Pat Casey in his Bellator debut.

The update Bellator 271 results include: