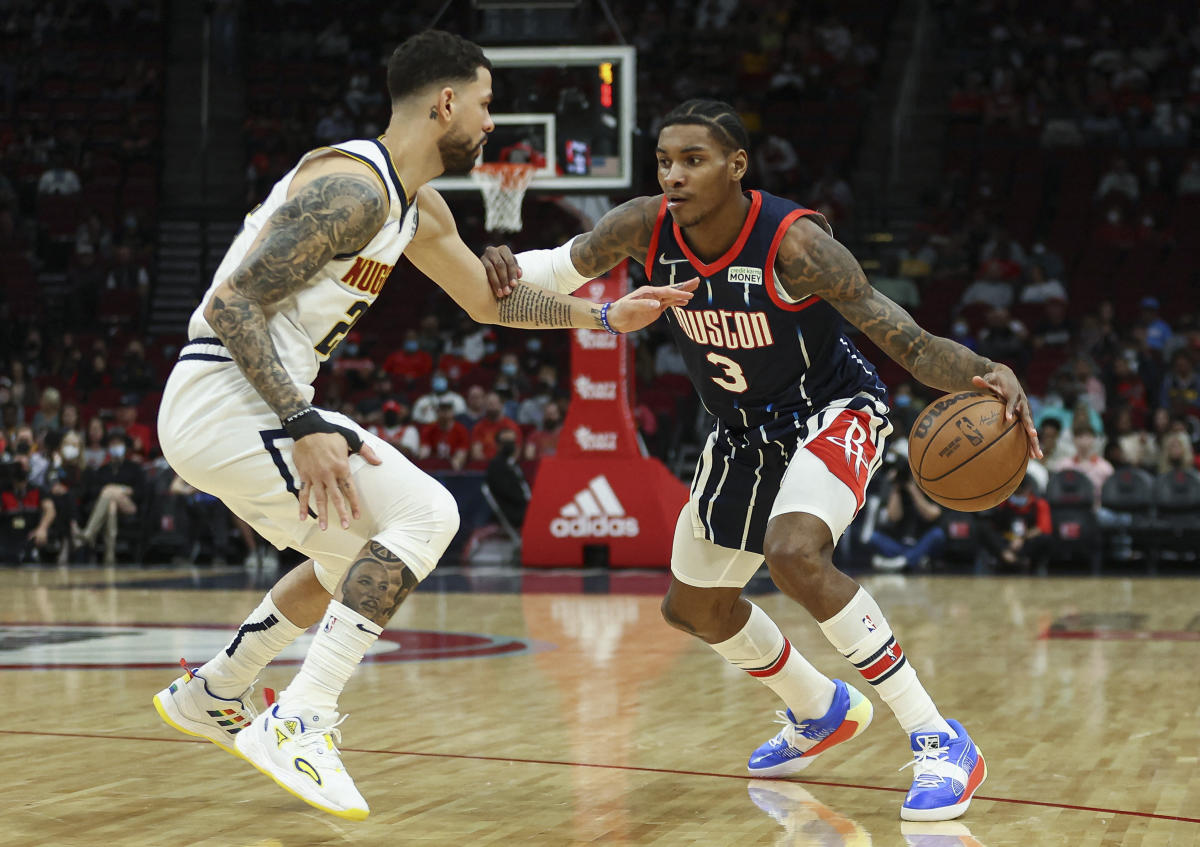 Rockets guard Kevin Porter Jr. and center Christian Wood reportedly got into a heated exchange with assistant coach John Lucas at halftime. Lucas, , called those two and others out at halftime for their poor play — which prompted Porter to throw something inside the locker room before leaving the Toyota Center completely. Wood stayed, but refused to sub into the game in the second half.

The Rockets, after hanging with the Denver Nuggets in the first quarter, fell into a 22-point hole at halftime before losing 124-111 — which marked their seventh straight loss.

Wood was reportedly benched from the starting lineup after he missed a mandatory COVID-19 testing window. When Lucas called the team out at halftime, he reportedly then focused on Wood’s poor effort.

It’s not clear specifically what was said to Porter or what he threw, but he drove out of the arena at the break and did not return. The team said at the time that he was questionable to return and was having his left thigh evaluated.

“We were angry at halftime that we had just given up 47 points [in the second quarter],” Rockets coach Stephen Silas said, . “We watched the film. We had a spirited debate. I have certain demands of this group as far as playing hard. Making mistakes is different than giving the effort and I wasn’t satisfied with the effort.”

Silas only said that Wood “broke a team rule,” and that they decided not to play him in the second half.

Porter entered Saturday’s game averaging 13 points and 5.9 assists per game this season for the Rockets, his second in Houston. The 21-year-old is in the third year of his four-year, $8 million deal he initially signed with the Cleveland Cavaliers.

He finished with eight points and three assists in 16 minutes on Saturday.

Wood has averaged 17.3 points and 10.6 rebounds per game this season, his sixth in the league. The 26-year-old — who is in the second year of his three-year, $41 million deal, did not score and went 0-of-4 from the field in his eight minutes against the Nuggets.