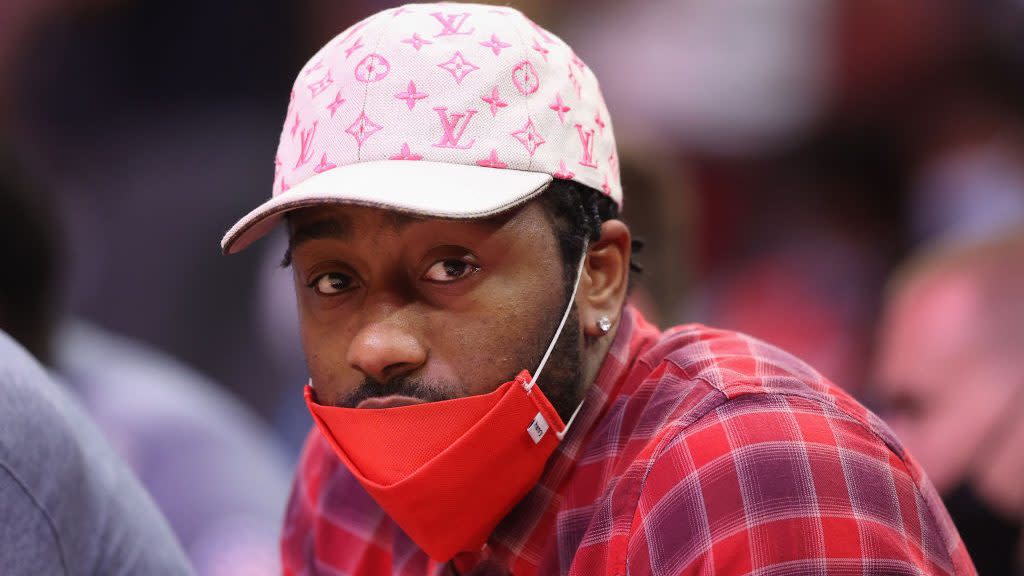 John Wall isn’t playing for the Rockets. Neither a trade nor buyout appears to be on the horizon. The veteran point guard is just sitting out while Houston rebuilds.

Reporting before the season said Wall and the Rockets agreed he wouldn’t play again for Houston. Did he have a different understanding of the situation? Is he getting antsy as he actually lives through weeks and weeks of not playing?

Other teams are interested in Wall – if he gets bought out. A trade is incredibly difficult to construct, because Wall’s contract is so burdensome ($44,310,840 salary this season, $47,366,760 guaranteed next season).

Presumably, the Rockets would buy out Wall if he sacrificed enough money. But the amount paid to Wall would be an unmovable impediment on Houston’s books through next season. If not bought out, his large expiring contract could at least theoretically prove useful in a trade next year. Past his prime, 31-year-old Wall probably isn’t inclined to relinquish enough of his remaining guaranteed money to satisfy the Rockets in a buyout.

So, Wall continues to sit.

The NBA sometimes cracks down on teams sitting healthy players. But not always. If Wall raises a stink with the league, maybe he’d get somewhere.

Or maybe he’ll just settle for venting on Twitter.

More on the Rockets

Don Kojis, Rockets’ first All-Star, dies Heat reportedly would have interest in John Wall if he is bought out, but… NBA Power Rankings: Warriors locked in on top, Suns rise up to second

Rockets’ John Wall agrees he’s getting punished for something he can’t control originally appeared on NBCSports.com