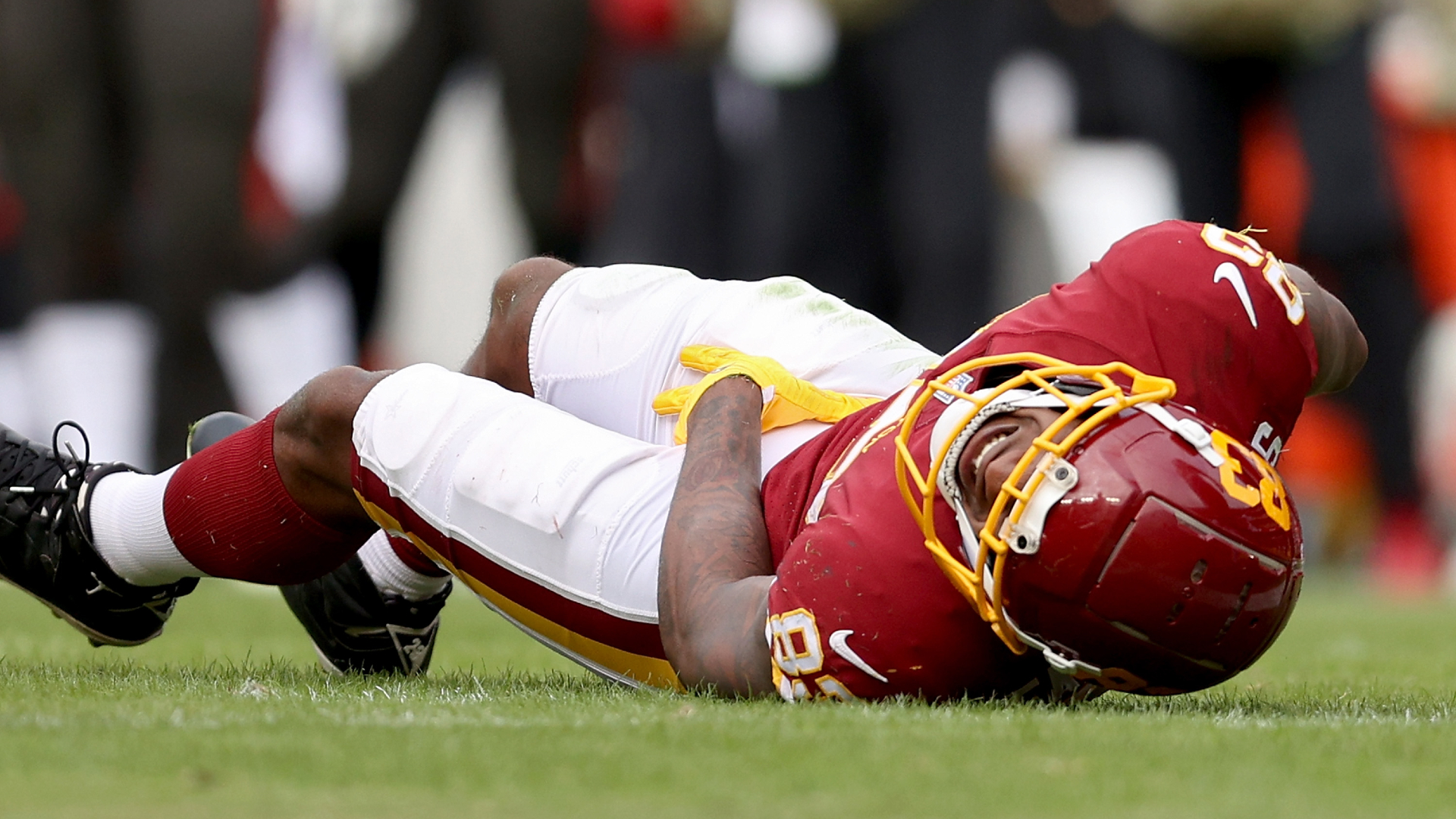 Washington Football Team tight end Ricky Seals-Jones had to be boarded off of FedEx Field on Sunday after a scary crash with a cameraman midway through the second quarter.

The collision occurred as WFT quarterback Taylor Heinicke attempted to find him in the end zone to increase the team’s lead to 17-7. The pass ultimately fell incomplete, but Seals-Jones’ momentum sent him running into the cameraman. The crash left both of them prone on the field.

This was the scary collision at FedEx Field involving TE Ricky Seals-Jones and a cameraman.

The cameraman walked off on his own power to an applause from the crowd. Seals-Jones was carted off and immediately ruled out with a neck injury. pic.twitter.com/d6xQBEmv0O

Seals-Jones stayed on the ground for some time before he was placed on a board and taken off the field. Per reports from FedEx Field, the cameraman eventually got off the ground and raised his arms in the air to indicate he was OK.

The Washington Football Team later ruled him out with a neck injury.

This story will be updated.