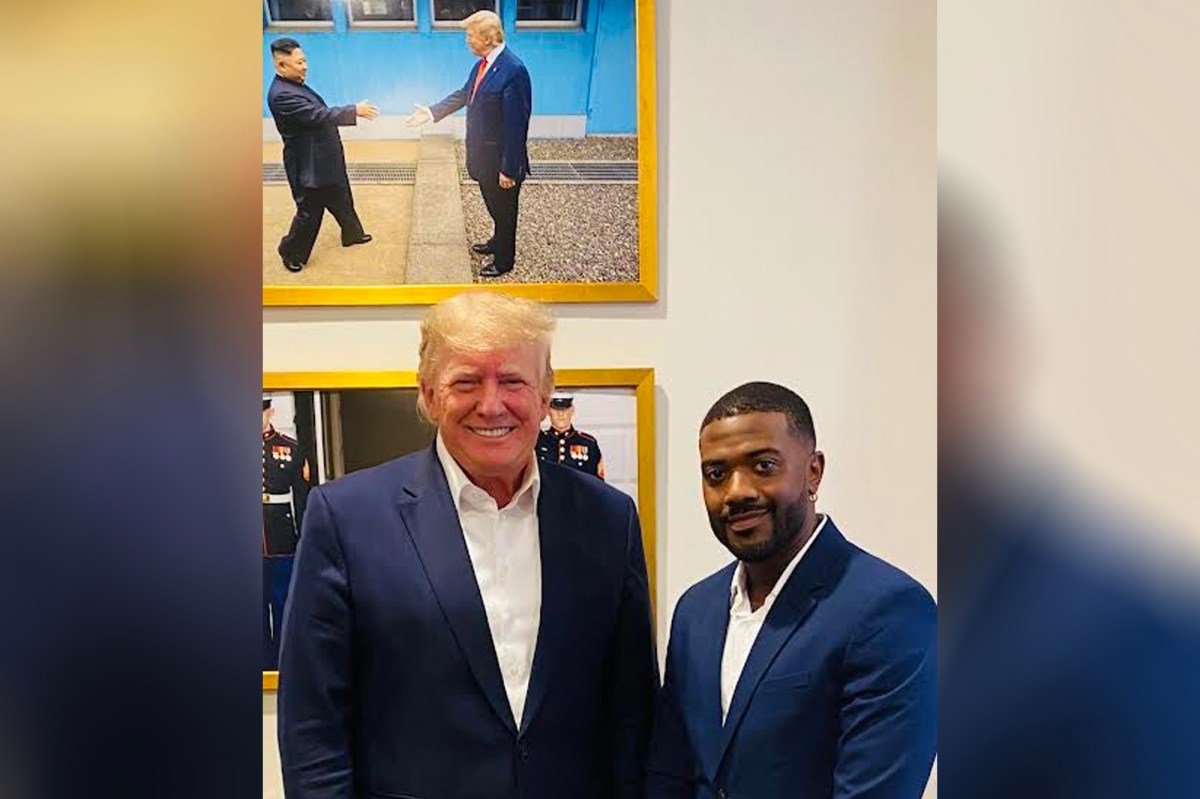 The “One Wish” crooner’s longtime manager, David Weintraub, confirmed that Ray J sat down with Trump to discuss initiatives he would like to execute for entrepreneurs and young business professionals, as well as to help raise awareness for various political issues he is passionate about.

“I’ve always admired and respected his business acumen,” Ray J told Page Six. “Our conversation was about job creation, encouraging small business development and how Information Technology plays an important role in the future of our economy.

“We also agree how important an educated workforce is, as well as the critical need of developing of young people. I’m ready to get started now!”

Trump, 75, and the “Love & Hip Hop: Hollywood” star also have a follow-up meeting already scheduled to put into action many of the ideas that were discussed in their Palm Beach, Fla., meeting.

We’re also told Ray J, 41, has political aspirations and potentially would consider running for office one day. The Raycon founder vaguely discussed his politics in an interview in early 2020 ahead of the election.

“It’s definitely a different kind of election coming up,” he told Variety at the time. “It’s something very original with this one. The choices people have to pick from… we’ll see. It’s just a different dynamic now, but all for the greater good.”

He added, “I just figure we need to stick with trying to fix what’s broken in America, like the bigger topics of things. Try to really put our focus on change and helping people, and really try to do good for the country.”