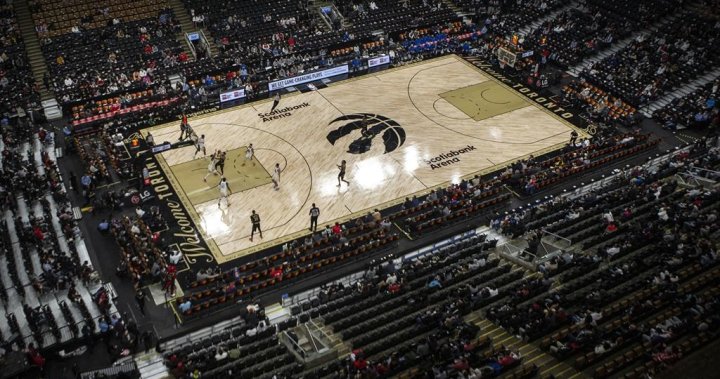 TORONTO – Another Toronto Raptors game has been postponed due to COVID-19.

The Raptors’ game against the visiting Orlando Magic on Monday has been pushed back indefinitely, due to the number of Magic players in the NBA’s COVID-19 protocols.

Toronto’s game this past Thursday against the visiting Chicago Bulls was also postponed due to a Bulls’ outbreak.

The Raptors have all-star forward Pascal Siakam and rookie Dalano Banton in protocols. The two missed Saturday night’s 119-100 win over the visiting Golden State Warriors, which saw a Scotiabank Arena crowd of just 7,988 fans after the provincial government slashed arena capacity in half to combat the recent surge in cases.

Orlando’s Mo Bamba, Terrence Ross, R.J. Hampton, Mortiz Wagner and Canadian Ignas Brazdeikis are among the more than 70 NBA players currently in health and safety protocol as the NBA deals with outbreaks in numerous teams.

Toronto’s next game is Wednesday in Chicago.

Monday’s game was one of several that the NBA postponed. Sunday’s games between Denver and Brooklyn, Cleveland and Atlanta and New Orleans and Philadelphia have been postponed, while Tuesday’s game between the Wizards and Nets has also been scratched.

The Raptors are well-versed in COVID-19 challenges. The team suffered a major outbreak that impacted several key players and most of the coaching staff last March, and tumbled down the Eastern Conference standings during that time, missing the playoffs.

Team president Masai Ujiri also announced he had tested positive from his Giants of Africa event on Dec. 5. Forward Precious Achiuwa just returned to the lineup on Saturday after being in COVID protocol for 10 days due to a close contact.

This report by The Canadian Press was first published Dec. 19. 2021.