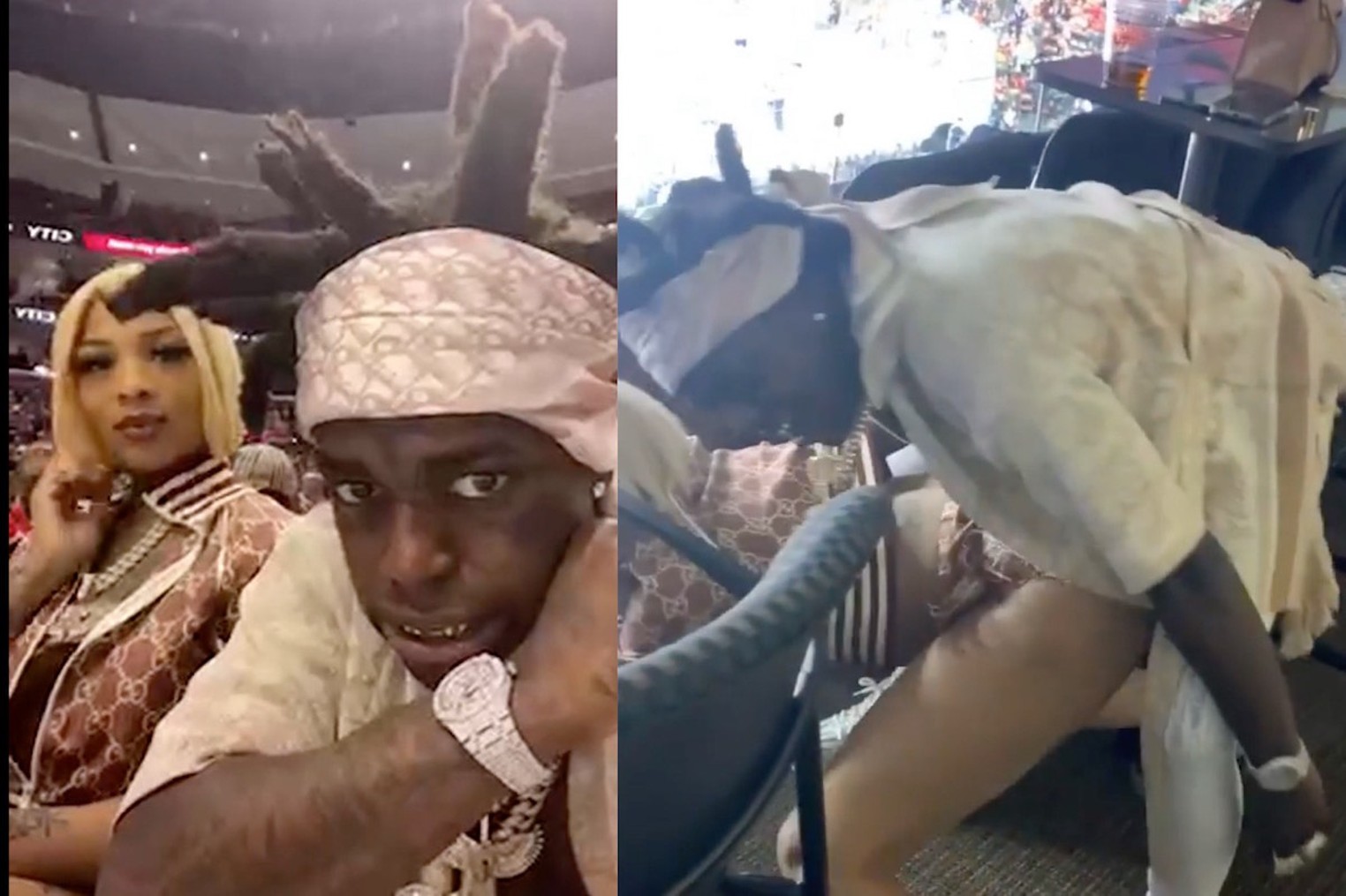 When rapper Kodak Black made a rare appearance at the Florida Panthers game Tuesday night, one thing was for sure: He was vibin in that bih.

On Instagram, the Broward native posted a video of himself and fiancée Mellow Rackz clinking plastic cups while sitting rinkside at FLA Live Arena in Sunrise. The National Hockey League (NHL) even shared its own photos of Black at the game on Twitter before later deleting them.

That might be because of what happened next: In a video posted by @David954FLA on Twitter, Black can be seen gyrating with Rackz in a curious manner inside his not-so private box as “Do It Do It” by ACRAZE blasts throughout the arena. Was Black caught bumping uglies in public? Was he on the receiving end of a standing lap dance? Perhaps a thread from Rackz’s clothing got caught on his zipper and she was trying to wiggle free?

The video pans to Black’s arena-mates, who appear to be innocently watching the Panthers play the Vancouver Canucks — unaware of the action transpiring off the ice.

“I think Kodak found something better to do at the Panthers game,” @David954FLA tweeted.

I think Kodak found something better to do at the Panthers game pic.twitter.com/oZlUn06tt3

Then again, Black and Rackz might be the victims of poor-resolution zoom and a deceptive camera angle: Another video posted on Black’s Instagram from inside the private box shows Rackz innocently twerking on her fiancé, and both of them appear to be clothed.

The Panthers might’ve defeated the Vancouver Canucks (5-2), but Kodak Black was the winner on social media last night.

kodak black walked in……looked around the arena.. felt the atmosphere and was like “i can fuck in here”.