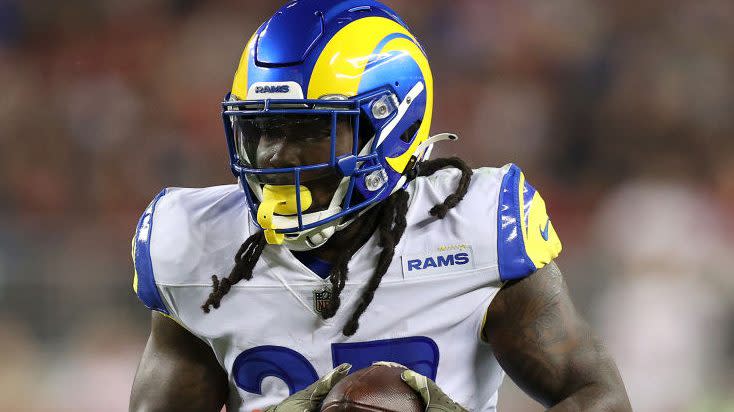 The Rams have a couple of offensive players listed as questionable for Sunday’s game against the Jaguars and they have very different outlooks heading into the game.

Head coach Sean McVay said on Friday that he would be surprised if wide receiver Odell Beckham Jr. missed the game due to a hip injury and Beckham remains on track to play on Sunday afternoon. Things aren’t as positive for running back Darrell Henderson.

Henderson has a thigh injury and Adam Schefter of ESPN reports that the team is not optimistic about his chances of playing. He is expected to go through pregame warmups before a final decision is made and Sony Michel will be in line for a bigger role if Henderson is indeed out against Jacksonville.

The Jaguars have a questionable running back of their own on Sunday. James Robinson is dealing with heel and knee injuries and will also get a pregame look to determine his status.