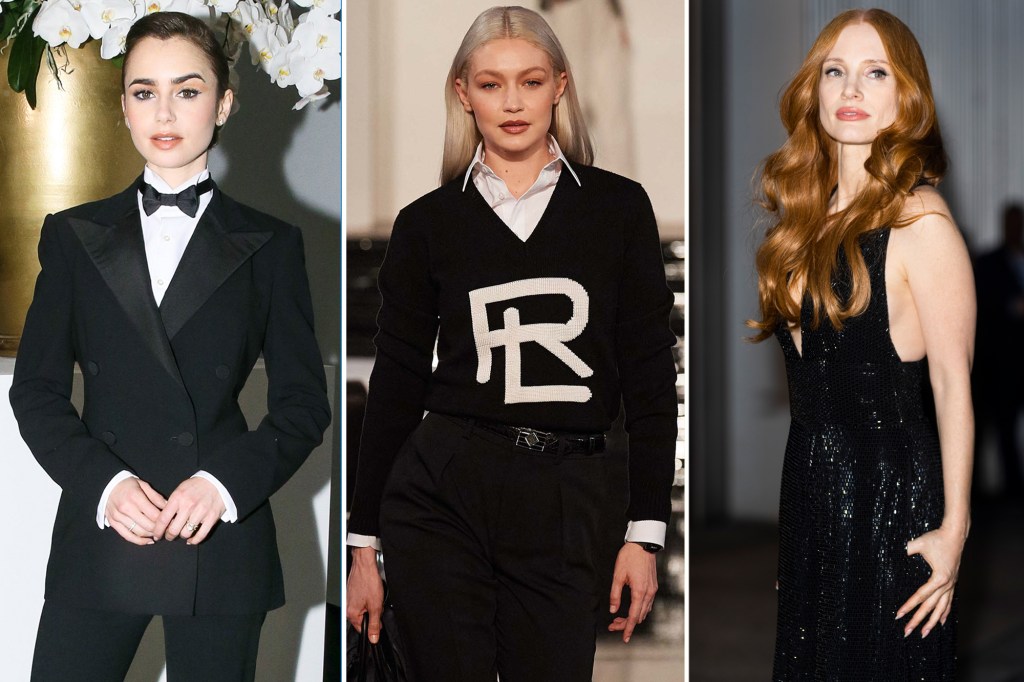 It’s an ethos the man behind the legendary fashion brand has lived and breathed throughout his 50-plus years at the forefront of American sportswear. It’s also an ethos which Lauren, 82, put beautifully on display last night, unveiling his fall 2022 collection at the Museum of Modern Art.

Despite the grandiose (and, quite literally, modern) venue, guests gathered in an intimate replica of Lauren’s New York City apartment’s living room to celebrate his return to the runway. Long white sofas wrapped around coffee tables artfully arranged with oversized candles, books about motorcycles, sleek miniature cars and — as the centerpiece — a giant bowl of M&M’s (classic milk chocolate, what else would you expect?).

The runway was dominated by classic Ralph Lauren looks, mostly in shades of black and white with pops of red. Gigi Hadid opened the show in preppy perfection: a logo sweater styled with a popped collar underneath, anchored by a pair of two-tone spectator heels. Lucky Blue Smith followed suit in an impeccably tailored suit (followed by more impeccably tailored suits).

The finale wowed with a true New York moment, as model Vittoria Ceretti strutted out in a pantsuit and bow tie, topped with a bomber jacket and baseball cap, both adorned with the NY Yankees logo. Last night’s return to the runway was a sartorial home run indeed.