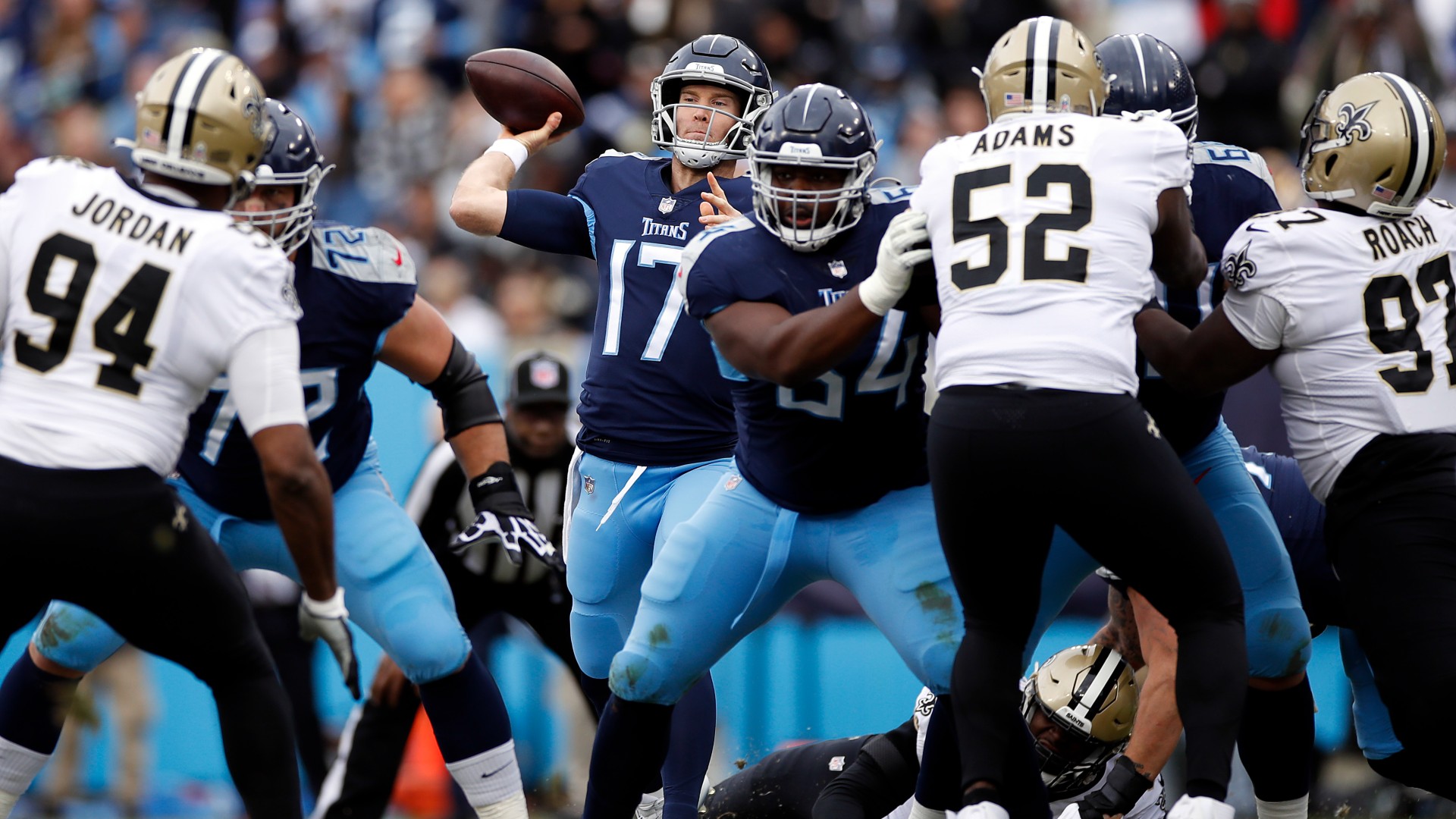 Yet another questionable penalty not only took an interception off the board, but also directly resulted in a touchdown in the Saints-Titans game on Sunday.

The Saints appeared as if they would get the ball back with two minutes left in the first half — and a chance to take a lead — after New Orleans safety Marcus Williams picked off Titans quarterback Ryan Tannehill on the first play out of the two-minute warning. With the pick coming in the end zone, it would have given the Saints the ball back at their 20-yard line with about 1:54 left to play in the half of a 6-6 game.

But behind the play, Kaden Elliss was flagged for his hit on Tannehill as the pass was released.

MORE: Why Cam Newton isn’t starting Week 10 for the Panthers

The call on the field was that the hit on Tannehill was a blow to the helmet of the quarterback, moving the ball from the New Orleans 8-yard line to the 4 and giving Tennessee an automatic first down. With 1:38 left, Tannehill punched in a touchdown on a 1-yard rush to give the Titans the 13-7 lead. The Saints did not score before the end of the half.

ref called this a “blow to the helmet of the QB”

The Titans went on to win the game 23-21 when the Saints failed on a late 2-point conversion to try and tie the game.

Elliss definitely hit Tannehill, but he slowed up on his path to the quarterback as the pass was being thrown. He didn’t appear to make much contact with the helmet on the play, either.

The Saints hadn’t exactly shown much offensive prowess earlier in the game — three of the first four drives ended in punts — so they weren’t guaranteed to march down the field and score. But the interception would have at least ensured that the Titans wouldn’t get the go-ahead score before halftime.

At the two-minute warning, ESPN gave the Titans a 67.1 percent chance of winning. After the touchdown, those odds leapt up to 74.8 percent.

The Saints quickly found themselves in more trouble at the start of the second half. They fumbled the opening kickoff, and the Titans recovered it to start the half at the 19-yard line. It took just five plays for Tannehill to hit MyCole Pruitt for a 2-yard touchdown to put the Titans in control at 20-6.