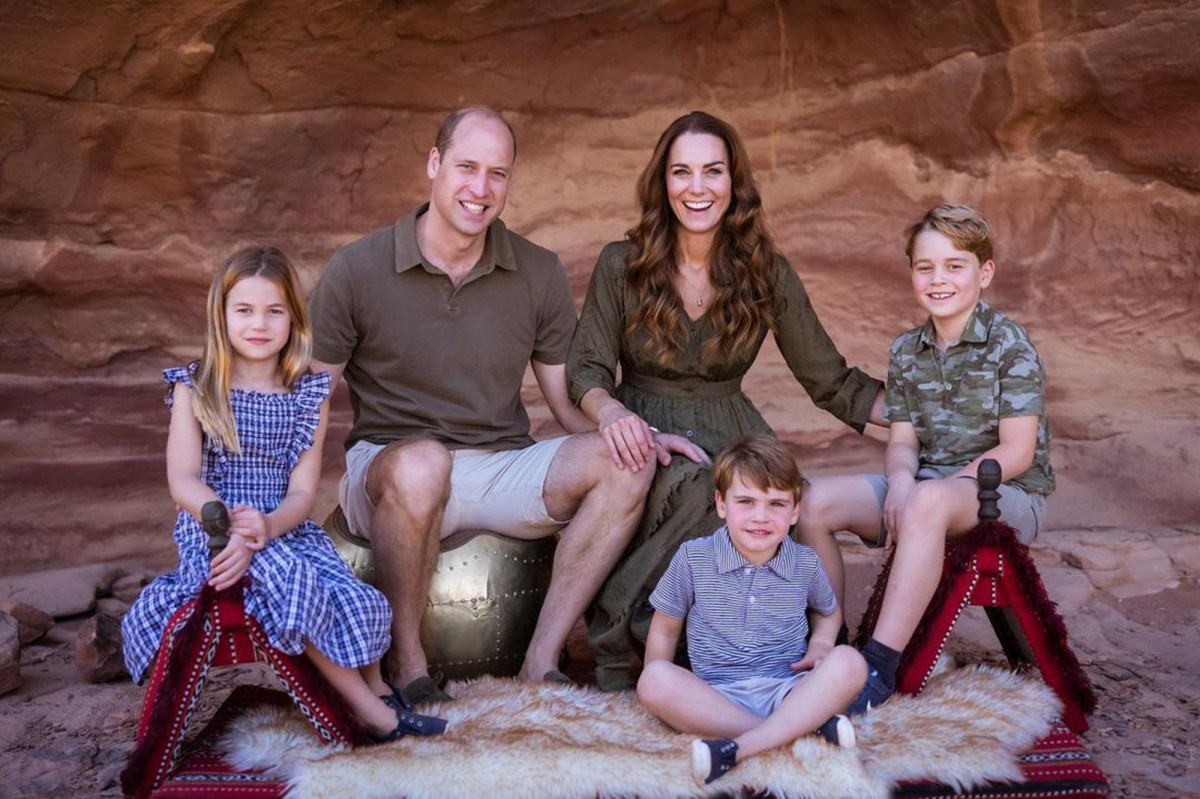 Happy holidays from the Cambridges!

The couple and their three children, Prince George, 8, Princess Charlotte, 6, and Prince Louis, 3, wore casual attire and posed for the photo while on a private trip to Jordan.

“Delighted to share a new image of the family, which features on this year’s Christmas card 🎄,” the Instagram caption read.

Jordan holds a special place in the Duchess of Cambridge’s heart, as she spent two years of her childhood living in the country while her father, Michael, worked for British Airways.

William, for his part, visited Jordan and the Middle East on an official tour in 2018, and he vowed to return with his kids one day.

The new photo resembles the Cambridge’s 2020 Christmas card, in which the family of five held each other close while wearing cozy sweaters and sitting on a haystack in Norfolk.

Their 2019 holiday card marked their most untraditional card, featuring the couple and their three little ones posing on a motorbike and sidecar.

It was a noteworthy week of photos for the youngest royal, as their great-grandmother Queen Elizabeth II accidentally revealed a never-before-seen portrait of her great-grandchildren on Wednesday.

The monarch, 95, was presenting concert organist Thomas Trotter with The Queen’s Medal for Music during a ceremony at Windsor Castle when fans spotted a family photo in the background.

The image showed the Queen holding Charlotte while the late Prince Philip posed with George as well as Peter Phillips’ daughters, Savannah and Isla, and Zara Tindall’s oldest daughter, Mia.